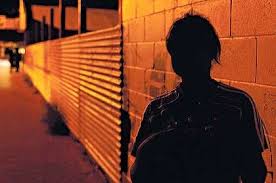 For the last several years I have been relentlessly highlighting the extensiveness of suicide globally and nationally. In terms of ‘violent deaths’, suicide is the leading cause of death with on average annually more deaths by suicide than all deaths due to war, civil strife, domestic and other violence combined. For years, I have urged Governments to prioritise suicide as a leading cause of death. There is no greater legacy a Government can have than to improve lives to such a point as to save lives.

Every so often more reports surface, usually off the back of other reports, a whirlpool of information. It is more talk, little action. This is a fair reflection and comment to make. This is why suicide rates remain high, with little reduction, if any over a long period of time. In Australia, suicide takes more young lives than any other cause. In Australia, suicide is at crisis levels among Aboriginal and/or Torres Strait Islander peoples. How much more needs to be written and reported before Governments will prioritise the saving of lives?

Today, ‘latest research’ suggests ‘new insights’ into leading causes of death. We have long known the leading causes of death. They have generally been swept under the carpet, with only a calendar event type mention of these causes and their rates. I have written voluminously on the extensiveness of suicide in Australia. I have sustained the coverage for two years in order to cultivate the media interest and Government responses that long ago should have occurred. We still have a long way to go and it is still predominately a litany of talkfests and little action.

The Australian Institute of Health and Welfare (AIHW) has added its weight to more commentary on what we pretty much already know.

AIHW tabled death rates among different age groups. Suicide remains the leading cause of death for Australians aged between 15 and 44 years old. It is also the most populated age group, with the average age of Australians today at 37 years old. Therefore suicide prevention and social health should be a national priority – but sadly they are not.

For Australians aged over 45 years old, chronic health issues such as coronary heart disease take more lives than other causes. Governments invest significant funds to address these type of health issues, but Governments are from where they need to be for the larger and younger age group aged 15 to 44 years old – whose leading cause of death is suicide.