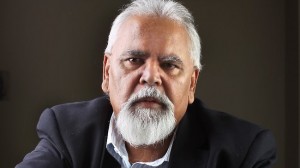 Aboriginal suicide rates are at record levels, with Aboriginal youth suicide the world’s worst. In response the Federal Government has launched a national strategy to ‘address’ Aboriginal and Torres Strait Islander suicide – but the strategy is inadequate.

The Government strategy is built on the presumption of early intervention “with the aim of reducing the prevalence of suicide and the impact on individuals, their families and communities.”

But to reduce the horrific suicide rates among Aboriginal communities what is actually needed is for the impoverishment of many of these communities to be addressed.

This bureaucratic wrap up effectively around the dissemination of policies will absorb the very little funding that the Government has made available to the “strategy” – $17.8 million over four years.

Minister for Mental Health and Ageing, Mark Butler pushed the line that the Government worked in close consultation with Aboriginal and Torres Strait Islander peoples.

“The strategy had been developed in close consultation with Aboriginal and Torres Strait Islander people, including fourteen community meetings across Australia, a national expert workshop, and a website that received 48 contributions directly from the community,” said Mr Butler.

“Funding will support the establishment of local suicide prevention networks and a centre of best practice to support and prioritise local, community-led activities, and share knowledge in suicide prevention for Aboriginal and Torres Strait Islander peoples across the nation.”

“The Government recognises that suicide is a complex issue that impacts on individuals, families and the communities in which they live and this is even more so for Aboriginal and Torres Strait Islander peoples.”

He said Aboriginal peoples “are experiencing suicide within their communities at approximately twice the rate of the rest of the population.”

South Australia’s Tauto Sansbury has spent two years campaigning for an Adelaide-based Aboriginal Crisis Centre but all Governments, State and Federal, have failed to support funding for the Centre despite a spate of Aboriginal suicides last year and this year in and around Adelaide.

“We have coordinated Suicide Crisis Summits, we have been promised support for funding from Government only to have this promise broken. But our people, our youth continue to die because they have nowhere to turn to,” said Mr Sansbury.

Recently, Western Australia’s Dumbartung CEO Robert Eggington coordinated a Suicide Crisis Summit with more than 300 in attendance, including representatives of State Government. Mr Eggington met with the State Premier, Colin Barnett to discuss the outcomes of the Summit which called for disadvantaged communities to be assisted and for programs to be run by Aboriginal Elders and community leaders and funded by Government.

Some of Western Australia’s Aboriginal communities have record spates of suicide up to 100 times the State average.

Aboriginal leaders such as Mr Sansbury and Mr Eggington want substantive approaches and substantive funding practices from State and national Governments. “We want our people to be taken seriously,” said Mr Sansbury.

But Beyondblue’s CEO Kate Carnell believes the national strategy is a start. “This is a significant step towards reducing the awful pain and suffering caused by suicide in these communities.”

“Rates of depression and anxiety among Aboriginal and Torres Strait Islander communities are difficult to measure but we know from some State-level data that they may be higher than for non-Indigenous Australians.”

“The strategy will build on Beyondblue’s work in this field, which has a strong focus on building hope, resilience and awareness to promote positive social and emotional wellbeing in Aboriginal and Torres Strait Islander communities,” said Ms Carnell.

Beyondblue does what it can but if anyone believes a minimalist approach of various dissemination hamstrung by piecemeal funding will significantly reduce the horrific suicide rates they are very wrong. The Federal Government fails us all by once again dismissing the rates of suicide among Aboriginal peoples that are the world’s worst.

Leave a Reply to Zelig