The Custody Notification Service to 2019 in NSW but what about the rest of the nation? 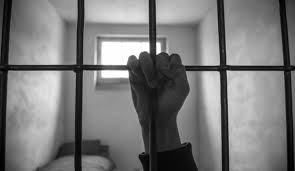 Earlier in day the Office of the Minister for Indigenous Affairs, Senator Nigel Scullion, called me to let me know that they would ensure that the Custody Notification Service in NSW and the ACT would be funded. The circus of who will fund it and for how long is at long last over for at least the next few years. The NSW Government Minister for Indigenous Affairs, Leslie Williams and the Attorney-General Gabriella Upton claimed they were supporters of the Service but could that their Government could no longer afford the meagre half a million dollars per year to fund it. All of a sudden their Government was too poor to afford the saving of lives.

One death in a police watch house would cost the Government more than the annual budget for the Service. I am exhausted by the economic imperative arguments as opposed to the moral imperatives but who does the number crunching for this mob? The cost of a coronial inquest can shoot past the annual budget of the Custody Notification Service. The loss of a loved one is an immeasurable cost to a family. The Custody Notification Service was a recommendation of the Royal Commission into Aboriginal Deaths in Custody. NSW and the ACT have thus far been the only two jurisdictions to implement the Service, and with thanks to their Aboriginal Legal Services. The ALS NSW/ACT host the CNS and provide the rostered CNS lawyers. Police who arrest a First Nations person in NSW and the ACT must immediately contact the CNS. A CNS advocate must make contact with the detainee before the police can do anything further. To ensure the effectiveness of the CNS, in 2005 the NSW Government passed the Powers and Responsibilities Act which made inadmissible any statements provided by the detainee where police fail to ensure prior contact with the CNS. The CNS advocate is trained in identifying suicidal ideation and in deescalating anxieties and tensions. The CNS advocate will ensure the health, welfare and legal rights of the detainee.

Since the implementation of the Custody Notification Service in NSW and the ACT in 1998 there have been no deaths of First Nations people in police watch houses. When I first put this to Minister Scullion a couple of years back, his response was, “Well that speaks for itself. I will look into it.”

Today, Scullion announced that the Australian Government will provide the NSW/ACT Aboriginal Legal Service with $1.8 million to support the NSW (CNS) until June 30, 2019. At least for the next few years there is certainty instead of the ludicrous circus of the last couple of years where the future of the CNS was constantly up in the air and the ALS had to spend valuable resources campaigning for funding.

“I have been trying to get the NSW Government to fulfill its responsibilities in relation to this matter,” Minister Scullion said.

“Even though the CNS has been funded by the Australian Government for seven years, it is not acceptable for the NSW Government to wipe its hands of its responsibility.”

“All States and Territories have arrangements in place to notify an Aboriginal legal service when an Aboriginal or Torres Strait Islander person is taken into custody. But in the case of NSW, this is specifically mandated under its own statute books and as such, it beggars belief the NSW Government won’t fund the CNS.”

“It is absolutely vital the CNS continues, given there has been no Aboriginal death in custody since its introduction in 2000. That is why I have committed to this funding while I continue to work with the NSW Government to ensure the Aboriginal Legal Service receives the long-term support it requires to deliver this vital service.”

“If necessary, I will look at options to redirect existing funding allocated to the NSW Government towards the CNS.”

Scullion on this issue has been a standout. He is surrounded by colleagues who either don’t get it or are just dumb or don’t give a damn about lives lost. What else are we to think?

I urge Minister Scullion to campaign just as hard as he has for the CNS, to end the jailing of fine defaulters in Western Australia and to promote constructive alternatives to the jailing of low level offenders. Our prisons are predominately filled with the poorest, the troubled, the mentally unwell and who are not criminally minded. We must journey to a more compassionate and understanding society, one that helps the vulnerable, that assists them to improve their lot. I will end this with two statistics; 86 per cent of the total Australian prison population did not complete Year 12 and with nearly 40 per cent failing to get past Year 9. We know all the ways forward.

–          Declaration of impartiality conflict – Gerry Georgatos, a suicide prevention researcher and prison/custodial systems reform advocate, with Masters and PhD research in the penal estate, has lobbied the State and Federal Governments for the Custody Notification Service and alternatives to the jailing of people for fine defaulting.

Only in Western Australia: the jailing of the poorest