The Custody Notification Service helps everyone – police and detainee 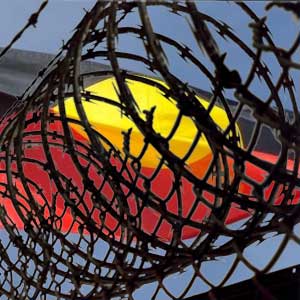 The death of a 22-year-old woman in a police cell at the South Hedland police station in early August has devastated her family. Her untimely death has struck a chord with many people around the nation – and with media which has sustained coverage and increasingly investigated into what led to this young woman’s death. But what of the police officers who were responsible for her? How are they coping in knowing that they could have saved this young woman’s life? It is understood that one of them is being treated for depression following the unnecessary tragedy. It is understood that the officer may not be coping.

Ms Dhu was detained in a police cell for 48 hours, till she became unconscious. It is understood that police had been called out to a disturbance but when checking their profiles found that Ms Dhu had unpaid parking fines totalling around $1000. She was detained despite being physically unwell, despite pleading that she was unwell. She should have had crisis support and she should have finished up hospitalised instead of being locked up in a police cell. Both Ms Dhu and her partner, Dion Ruffin, were detained in the Hedland police watch house. Two witnesses, her partner, Mr Ruffin and another man who shared the cell with Mr Ruffin, 61-year-old Michael Wilson have both stated that Ms Dhu pleaded to the police officers that she was unwell – right till the end. On two occasions, Ms Dhu was driven to Hedland Health Campus where it is believed that she was not examined by a physician. A health official provided the police with a medical clearance that Ms Dhu was fit enough to be returned to a police cell.

There are veils and layers to racism. There are those who do not believe they are racist, and for the most part they are not but they are prone to racialist and other stereotypical views which do wash into the thinking of far too many. In knowing this, we should have every check in place to assist all parties – including the police, of course more importantly the detainee.

In March, journalist William Verity wrote a profound piece on the suffocating silence around suicide in the police force.

“If it takes the death of yet another police officer to wake us up to the scandal occurring all around us, his life may not be entirely wasted,” wrote Mr Verity.

Mr Verity wrote of a half a dozen police officers who in the preceding year took their lives.

“You won’t have heard their names, you won’t hear them honoured at Police Remembrance Days, and their names are specifically excluded from the National Police Memorial in Canberra. It’s as if their many years of honourable service leading to the ultimate sacrifice never happened.”

NSW police officer, Ashley Bryant, father of three young children, took his life before Christmas 2012. Just before taking his life, he left this message, “I can no longer live with the trauma of it and I want this to go to the coroner.”

He had stated that “there needs to be more, more things put in place for what happens.”

Police officers do deal with high-end predicaments on a near daily basis. They have to manage situations that most of us cannot imagine. They have to make many judgement calls, and often they make these judgement calls based on past experiences and not on individual circumstance. The thresholds of many of these judgements may be low because of accumulated generalisations and because of the expertise they do not have, for instance they are not doctors, they are not psychologists. Where we can factor in appropriate checks such as the CNS, which has advocates trained in identifying suicidal ideation, who can enable health and welfare assessments then we should do so.

Mr Verity writes, “There are many thousands of sick and medically discharged police around Australia.”

“Though blame will not save a single life, there is no doubt that the silence and lack of action by police unions is a national scandal.”

Any number of former police officers will speak to the silence in the police forces around mental  trauma, mental breakdowns, depression, attempted suicides and suicides. They will speak to what they argue as inadequate support from their police unions on these issues. Police departments are reticent to respond to media inquiries about these issues. But the silence has to stop.

If Police Services and Police Unions want to get it right for their officers and for the communities they seek to honourably protect then they have to stand up and speak up. They have to break the silences.

In the name of not only Ms Dhu, but also in the name of the police officer who is suffering as a result of the judgments that she had to make, because they were imposed on her by various protocols, the Western Australia Police Service and the Western Australian Police Union need to call for the Custody Notification Service – to be hosted by the Aboriginal Legal Service. This would be a big step in the right direction. Far too many police officers, current and former, have told me they would like this service implemented.

The police should also call for the establishment of a roster of on-call nurses to all watch-houses. They could also call for the outlawing of people detained on unpaid fines. Police watch-houses should not be warehouses of poor people who cannot afford to pay off their fines. This is not their job and they should be limited in their involvement, these are civil matters between other parties.

An uncle of Ms Dhu, Shaun Harris, said, “The families are heartbroken.”