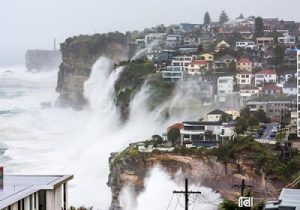 Many parts of Australia are recovering from the devastating effects of extreme weather events over recent days, including storms that produced unprecedented levels of rainfall, massive ocean waves and king tide surges that caused coastal erosion, and extensive destruction and devastation from massive localized flooding, however, it is interesting to see climate scientists and commentators being cautious and circumspect about linking the severity of the storms to climate change (see articles here, here and here). 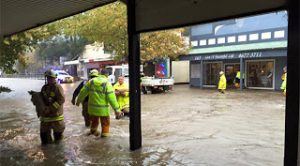 Hoggett and Randall quote one scientist who said that although many scientists believe that the world is heading for a rise in temperatures of 6 degrees, rather than the two degrees claimed, they still remain silent.
A number of reasons for this silence are identified by Hoggett and Randall. They found many scientists identify with an idealized picture of scientific rationality and are uncomfortable with the political controversy surrounding climate change.  Scientists prefer to get on with their research quietly and dispassionately, burying themselves in the excitement and rewards of research, but denying they have any responsibility beyond developing models or crunching the numbers.
Hoggett and Randall quote one researcher:

“so many scientists just want to do their research and as soon as it has some relevance, or policy implications, or a journalist is interested in their research, they are uncomfortable.
Fear of being seen as a whistle blower and damaging their career are also reasons why scientists are unwilling to speak out.
Some scientists are unwilling to challenge political analysis of the scientific evidence. One scientist quoted by Hoggett and Randall was critical of scientists:
“… repeatedly I’ve heard from researchers, academics, senior policy makers, government chief scientists, [that] they can’t say these things publicly, I’m sort of deafened, deafened by the silence of most people who work in the area that we work in, in that they will not criticise when there are often evidently very political assumptions that underpin some of the analysis that comes out.“

Hoggett and Randall urge the scientific community to abandon their social and political silence and speak out as a whole, rather than leaving the task to a beleaguered and much-criticized minority.