The connection between corporate money and climate change denial and skepticism 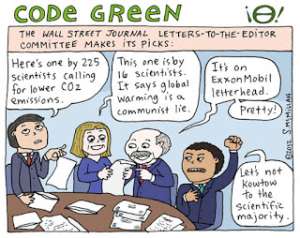 A study by Justin Farrell titled Corporate Funding and Ideological Polarization about climate change confirms what many have argued- that behind climate change scepticism and denial is corporate money.

These findings are not surprising to many people.

Advocacy and environmental groups have exposed this connection before (here, here and here).

However, Farrell’s study is one of the few that directly demonstrates the connection between corporate money and the content and specific language used in public messages to encourage public scepticism and question or cast doubt on the science of climate change.

Farrell’s study demonstrates, in stark terms, how corporate power and corporate money make it appear that there is more of a debate around climate change than actually exists, with the goal of creating public uncertainty and policy stalemate.

In an article in Proceedings of the National Academy of Science, Farrell analyses 20 years of data to show that corporations use their money and wealth to promote and amplify contrarian views about climate change and to create an impression of greater scientific uncertainly than actually exists.

Farrell used computer analytics to systematically examine printed matter published by 164 groups, including think-tanks and lobbying firms, and more than 4,500 individuals who have been skeptical of mainstream scientific views on climate change. Farrell analysed documents, statements, articles, policy papers and transcripts produced by these groups over 20-years. 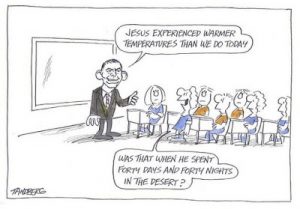 In comparing the groups that received corporate funding with those that did not, Farrell found an “ecosystem of influence” within corporate funded and supported groups.

Farrell found that groups that received corporate funding consistently promoted the same contrarian themes such as – climate change is cyclical in nature and that there are positive benefits to carbon dioxide.

Over time, the effect of all these separate groups giving the same message is an increased sense of cohesion. There was no evidence of such coordination among the non-funded groups.

Farrell concludes that corporate money “created a united network within which the contrarian messages could be strategically created and spread.”

“This counter-movement produced messages aimed, at the very least, at creating ideological polarization through politicized tactics, and at the very most, at overtly refuting current scientific consensus with scientific findings of their own.”