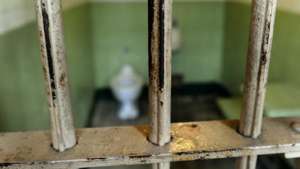 From 2008 to 2012, and even thereafter, Indonesian children were jailed in Australian adult prisons. They were cooks and deckhands on boats providing passage to asylum seeks who had languished in Indonesia. Lawyer Lisa Hariej is acting on their behalf in the Central Jakarta District Court, pursuing a class action against the Australian Government for their wrongful incarceration.

The Australian Government may claim they did not know they were children but I argue otherwise.

The class action is representing 31 individuals who during their incarceration in Australian adult prisons were in fact minors.

Ms Hariej and I first corresponded over the diabolical issues during 2012 and we met in Canberra in May 2013. Ms Hariej’s persistence in the right to compensation for these Indonesian children is to be admired. More so to shine the light on injustices that too many in the Australian nation were responsible for.

Ms Hariej is in possession of 115 birth certificates. The relevant Australian authorities could have also secured these instead of relying on a discredited wrist-bone age-scan in the hope that it could determine ‘age’.

In 2011, after I notified prison authorities of a potential ‘age-dispute’ in a Western Australian prison I was banned from visiting prisons! It was lifted a couple of weeks later after a journalist wrote about the ban.

Many of the children were released due to behind-the-scenes efforts but sadly it took considerable time.

The Australian Government should best serve propriety by doing the right thing – and compensate. In sync with the background of my own work in trauma recovery I urge that we must validate each of the individuals instead of trying to skirt away from compensation.

In my experience, in general, people come out of prison in a worse condition compared to the commencement of incarceration. Sexual predation and violence are endemic and pernicious in the situational trauma of incarceration. In terms of trauma, this is a constant while incarcerated, of multiple and constant traumas and often degenerating to aggressive complex traumas. It’s bad enough for adult inmates in adult prisons, adults with adults are not safe in any prison setting, so to knowingly incarcerate children alongside adults is an abomination. That it took years to release the majority of the children should guarantee their right to compensation.

Too young to be in gaol

Age catches up with justice