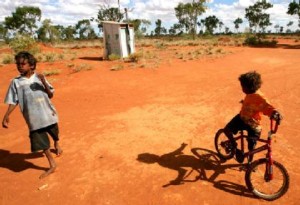 We were not put on this Earth to bury our children, but in the Northern Territory, this is what is happening.

The Northern Territory is gaining international attention as a resources-laden mining Eden. With only a total population of a quarter million, most of the Territory is not ‘developed’ (in miner’s lingo). Land rights have been blown away and mining companies have it dead easy in accessing the potential resources wealth. But for all this wealth, First Peoples are dying prematurely at among the world’s most appalling trends. Northern Territorian First Nations males live three decades less than non-Aboriginal Australian males – on average living only to their early fifties. And their children are the least likely in this nation to reach five years of age.

A National Health Performance Authority report recently released is the first of its kind that presents data at a local level for infant and young child mortality, smoking in pregnancy, antenatal visits and for low birth weight babies. Data was collected from 61 Medicare local catchments across Australia and the report showed stark variances in child death rates depending on their address.

The Northern Territory fared worst, with 9.2 deaths per 1000, while the lowest was in Bayside, Melbourne, with 2.6 children dying per 1000 before their fifth birthday. But when we disaggregate to the Northern Territory’s First Nations children only, the mortality rate is 14 per 1000. For non-Aboriginal Territorians the child mortality rate is 4 per 1000.

“The numbers of infants and children who die prematurely has fallen rapidly in recent years on a population basis,” the report said.

“These results empower health system managers and local communities to target their efforts to drive child and maternal health programs for the benefit of all families,” Dr Watson said.

It will take more than just providing health services.

The Fraser Institute’s annual survey of mining and exploration companies reports that the Northern Territory is on the brink of a mining boom. But if the Western Australian mining boom and the two decade long native title debacle are any guide, the fast coming Northern Territory mining boom will not make one iota of difference to the lives of impoverished First Nations people – except with the loss of more of their Country.

Territory Minister for mines and energy, Willem Westra van Holthe said that the Territory “topped Australia in the geological database category which ranks the quality and ease of access of Government geoscience.”

“Globally, we were ranked 6th out of 112 provinces in the Current Practices Mineral Potential Index which is based on the mineral potential under the current policy environment,” said Mr van Holthe.

With the incumbent Federal Government’s bent to eliminate ‘red tape’, the Territory looms as prime resources real estate for the top end of town resource companies.

Mr van Holthe said that his Government is committed to expanding the mining industry. According to Mr van Holthe, more than $110 million was invested in resources exploration last year in the Territory. That sort of investment would have been a good start in saving lives, in reducing child mortality. When Governments and mining companies reap lucratively but who turn a blind eye to the grinding poverty, well then it may be fair to describe them as marauders and robber barons.

Former Government Minister for Indigenous Affairs, Jenny Macklin, had a six year run to do something but failed, although she continues to argue otherwise.

“Make no mistake… there has been progress… in housing, education, and community safety,” said the mistaken Ms Macklin.

“We set very ambitious targets to close the gap between Aboriginal and non-Aboriginal Australians, and we started making unprecedented investments that were needed to reverse years of underinvestment. For the first time in our nation’s history, we have a comprehensive plan to tackle Indigenous disadvantage.”