The battle to end slavery 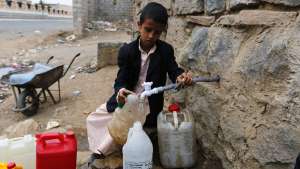 When we think of slavery we think of the African American struggle in the United States. We think of ancient civilisations that disenfranchised people and exploited them for their labour and treated them harshly and inappropriately. We imagine a world where a caste system such as exists in India is manipulated to treat human beings as unworthy and undeserving instruments of labour, purely for the exploitation by rich and often unscrupulous others.

So why would I write about such things in modern Australia? Interestingly the Parliament of Australia Joint Standing Committee on Foreign Affairs, Defence and Trade has just released a report that examines the practice of “modern slavery”.

The report’s Foreword says the following of Modern Slavery: “Modern slavery is often ‘hidden in plain sight’. These heinous crimes are present across a range of industries in Australia and in the global supply chains of businesses and organisations operating here. Latest estimates suggest that over 40 million people around the world, and 4 300 in Australia, are victims of some form of modern slavery, which includes human trafficking, slavery, debt bondage, forced labour and other slavery-like practices.”

There are various parts of that broad range of activities that I have had some involvement in over the years. We are well aware of the exploitation of International Students that has occurred over many years in this country. I have advocated for large numbers of Indian Students who have had their labour exploited on the basis of their visa status.

Most of us in WA would be aware of the ill treatment of migrant workers by the Carabooda Tomato growers. That story had received some considerable degree of coverage in the newspapers at the time of occurrence.

One area that has not received the coverage that it deserves is the exploitation of people with disability (PWD). The Australian and State governments have sanctioned and continue to perpetuate this slavery through the media of what are termed “Australian Disability Enterprises”. Some of you would be more familiar with the term “Sheltered Workshops”. Whatever the term, there can be little doubt that that form of exploitation would not occur but for the lack of a strong voice for PWD. There are people working in these exploitation factories for as little as $1.50 an hour. It continues to be a source of amazement to me that there has not been one single employee group (Union) that has championed this cause to the extent required.

But that is a story for another article. In this I want to examine some of the findings of the report referred to above and entitled “Hidden in Plain Sight”.

Some of the key points are as follows:

·         During the inquiry, the Committee received 225 submissions and held 10 public hearings. The Committee heard from a range of dedicated individuals, businesses and organisations with an interest in eradicating modern slavery, including from within global supply chains.

·         The Committee recognises the widely acknowledged past practices of slavery and slavery-like practices in Australia, particularly in relation to Aboriginal and Torres Strait Islander people and the ‘blackbirding’ of South Sea Islanders

·         Anti-Slavery Australia submitted to the Inquiry: “Human trafficking and slavery in Australia are often hidden, or hidden in plain sight. Traffickers target people made vulnerable by social, cultural or political circumstances such as recent migrants, young people and refugees. Slavery and slavery-like practices occur in industries such as the sex industry, agriculture, hospitality, construction, and in private homes and in intimate or family relationships

·         The Australian Government noted that the majority of human trafficking and slavery referrals received by the AFP are in the metropolitan areas of each state and territory. For example, the Committee heard that in 2014 a case of modern slavery was revealed in a brothel in suburban Melbourne where a woman was held captive and found hidden in a secret wall cavity

·         Another submitter said: “Labour exploitation is not as simple as just taking someone’s passport and not giving them any money and making them work long hours. It can be further than that. It can be making them work against their will; paying them significantly less than the minimum wage; making them work in conditions that are dangerous. It can be coercive in a manner that you and I may not be familiar with now but that we find in years to come”.

·         The Freedom Partnership said “Problems dwell at the intersection of anti-slavery, immigration and workplace policy, where temporary lawful and unlawful workers are reluctant to complain about exploitative conditions for fear of losing the opportunity to work in Australia or, in severe cases, of retaliation by the employer. Because labour exploitation and trafficking exist on the same spectrum, policies targeting the former will have an impact on the latter, for better or worse”

·         The Committee also notes that the many of the recently publicised cases of migrant worker exploitation around Australia have already been subject to inquiries by the Fair Work Ombudsman (FWO), particularly international students in 7-Eleven stores, backpackers in the agricultural sector, and migrant workers on the Harvest trail

·         One story that was documented in the report of the committee was as follows: “In October 2016, Mr Saiful Hasam, an editor with Malaysian newspaper Utusan Malaysia, travelled to Australia and went undercover as part of an investigation into conditions for migrant workers in the horticultural industry. Mr Hasam arrived without a working visa and was employed by a labour hire company on a farm in Swan Hill. Mr Hasam stayed for eight days, but was only able to work on four due to rain and availablity of work. After four days of work, Mr Hasam was paid around $100, of which he had to pay $80 in rent to stay in an over-crowded house with 11 other men. Mr Hasam told the Committee: They employed me without any proper documentation—no contract signing, just word of mouth. A day after I went to the farm I started working for the first day … With me, there are 11 others. The leader of the house is from Indonesia, one guy is from Afghanistan and the rest are from Malaysia … Within a week, I have been able to collect so much information regarding their plight in Australia, and, basically, the story is the same. There are a thousand stories that are basically the same story: they are struggling. Sometimes, based on my experience, there is just enough money for food and rent.”

At the end of the deliberations by the committee of all the submissions that were received there were a number of recommendations made. These can be accessed here: https://www.aph.gov.au/Parliamentary_Business/Committees/Joint/Foreign_Affairs_Defence_and_Trade/ModernSlavery/Final_report

Probably the key recommendation that can be gleaned from the myriad that they made is the need for Australia to implement a “Modern Slavery Act”. This Act would have among other things an Independent Anti -Slavery Commissioner.

There is little that can be argued against in respect of the recommendations of the Committee. The fact is that the problem in Australia is quite significant. From the data examined by the Committee we are talking about around 4300 cases. These are cases without the inclusion of the “Sheltered workshop” community that I made reference to earlier. Once that group is included the numbers will swell into the tens of thousands.