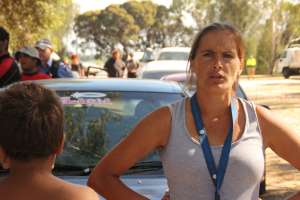 The South West Aboriginal Land and Sea Council (SWALSC) have agreed to face off with its most ardent critics – Noongar Tent Embassy. The Embassy’s delegates said this is both a coup and an opportunity “for a sliver of real consultation.” The SWALSC has argued that for the last year it has conducted community consultations in Perth and throughout the south west of Western Australia – Noongar Country. But according to Noongar Tent Embassy barely anyone has turned up to the community consultations, with some of these gatherings registering zero attendance.

Despite the criticism of the State Government’s $1.3 billion Native Title package to Noongars, SWALSC CEO Glen Kelly said that ultimately “…the Noongar community will decide whether to accept or reject the Native Title settlement package negotiated with the WA Government.”

Mr Kelly said the negotiations between SWALSC and the State Government have taken three years.

“SWALSC’s consultations with the Noongar community have been extensive with more than 300 meetings being held over the past few years.” Noongar Tent Embassy’s Maureen Culbong said she did not believe these were community meetings and maybe rather meetings with individuals, nor that they were well advertised nor that the community ones were well attended.

On October 15, at Perth’s Murdoch University Kulbardi Aboriginal Centre, there will be a panel chaired by Noongar academic Braden Hill. It has been widely advertised and it is believed the Noongar community will swell the audience – they will have the opportunity to ask questions of the panelists. The panel will comprise three members from the SWALSC – Noongars Gail Beck, Margaret Drayton and Nick Abraham, and from Noongar Tent Embassy it will be Helen Corbett, Marianne Mackay and Preston Culbong.

Marianne Mackay said the SWALSC land deal is a sell-out of her peoples rights and that it should not happen because a fairer deal that does not wipe away sovereignty might be within the grasp of the next generation.

“The Government’s SWALSC deal is not a land rights deal, it is not sovereignty, it is not Treaty, it not anything that will return anything to most of our people, it is a deal for the few,” said Ms Mackay.

“I have respect for the panelists from SWALSC, Nick Abraham is a deadly person, my dad’s mate, and I respect Gail and Margaret but this is an opportunity for all sides to be heard, for Noongars to turn up and believe they can make a difference.”

Ms Corbett said, “If this deal goes through we will have no land for the soles of our feet. Our culture comes from the land. Without it we are nothing. This offer is the equivalent to genocide, to cultural genocide.”

Mr Kelly said, “The package will not resolve the injustices of the past, nor does it pay for the land – no amount could do that. What the package does provide is a platform to build a better future.”

He said there are only two choices, accept the package or return to litigation.

He criticised the critics of the package. “It’s common for non-practitioners of Native Title to have unrealistic expectations and to presume that a positive outcome from the Federal Court is virtually automatic. This is not so.”

Mr Kelly said the Native Title regime has been watered down, damaged by the John Howard years, and that “…the worst part (of the regime) which is extinguishment” where the Native Title rights “of Traditional Owners “…are erased forever, irrespective of how strong the connection to Country might be.”

He said that “…the prospect of a compensation claim” has only effect for “…extinguishment which occurred after 1975 when the Racial Discrimination Act came into force is compensable.”

He said the important question should be “…what will it take to build a strong Noongar future?”

“First and foremost, Noongar people deserve to be recognised as Traditional Owners of the land. This is secured by a historic Act of Parliament.”

“The second thing that is needed is access to Country for cultural and customary purposes, secured on Crown lands under the land access provisions of the settlement.”

“Thirdly, there needs to be major investment in Noongar culture, custom and connection to Country, and Elders need to be restored to their rightful place.”

He said that if the package is knocked back by Noongars then up two decades of litigation may result, and with no promise of positive outcomes.

However Noongar historian and University of Western Australia Professor Len Collard questions whether the SWALSC deal is “a genuine native title offer or a politicised move to coerce a proposition that native title rights have been settled for all Noongars and that all future rights are extinguished?”

Professor Collard said that the State Government and SWALSC are “having a dialogue among themselves” and if they are “serious about democracy, they should ensure a postal ballot of all Noongars on whether the deal should be upheld.”

“More needs to be done for Noongar people than this deal,” said Professor Collard.