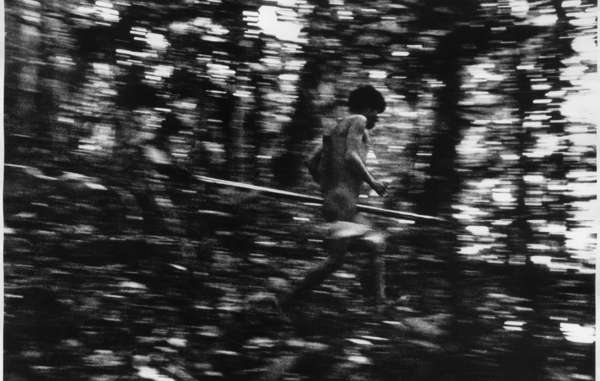 Survival International has published a photographic gallery ahead of UN Indigenous Day on August 9, showing some of the extraordinary skills of the world’s tribal peoples and the threats they face to their lives and lands.

From the hunting peoples of Canada to the hunter-gatherers of Africa, tribal peoples have found ingenious ways of surviving in varied and often hostile terrains over thousands of years, while maintaining the delicate balance between man and nature.

The gallery reveals how the Jarawa of India’s Andaman Islands spit plant sap over bees’ hives in order to repel the bees and remove the honeycomb; that the Moken ‘sea gypsies’ developed the unique ability to focus under water in order to dive to the sea floor for food; and that ‘Pygmy’ hunters are such proficient mimics they can imitate the sound of a distressed antelope in order to lure another out of the bush. 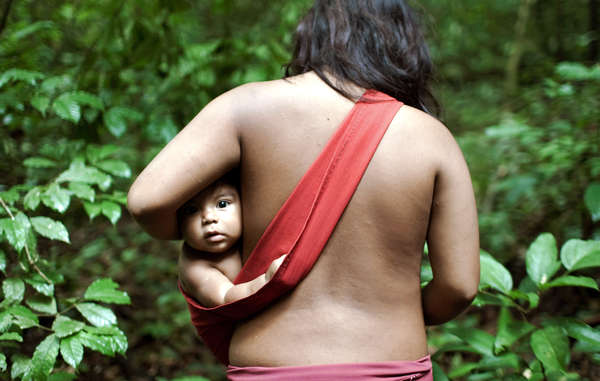 The Awá are Earth’s most threatened tribe. They are threatened with extinction due to illegal logging on their land and violent attacks.
© Domenico Pugliese/Survival

Survival’s photographic gallery for Indigenous Day also features images of the Awá, Earth’s most threatened tribe. The Awá care for different species of orphaned baby monkeys by suckling them, and extract the resin of the Brazilian redwood tree to light their houses at night.

But today the Awá are threatened with extinction due to illegal logging of their forest and violent attacks by invaders in their territory. Survival has called on the Brazilian government to expel the illegal loggers, settlers and ranchers from the Awá’s land as a matter of urgency.

Survival’s Director Stephen Corry said today, ‘The astonishing skills showcased in this gallery are testament to the latent creativity of humankind, and our extraordinary ability to adapt to a huge variety of different environments. It shows also how tribal peoples not only survive, but thrive, if their lands are properly protected.’ 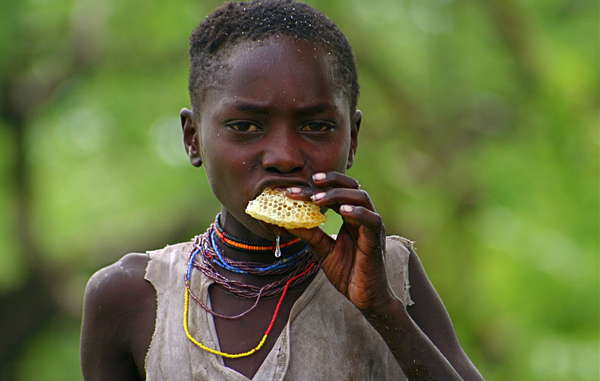 The ‘honeyguide bird’ leads the Hadza tribe of Tanzania to wild bees’ hives in the baobab tree. Its reward is the honeycomb leftovers.
© Joanna Eede/ Survival