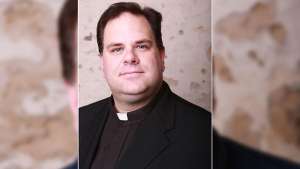 The first time I met the man, I was at an event at St George’s Cathedral in Perth. He slapped me on the back and made some humorous remark about my atheism and the irony of my attendance at a church. A few months later, literally within days of the siege occurring at the Lindt Café in Sydney, he had joined with me in organising the biggest interfaith ceremony which was conducted at the Wesley Church in Perth. We brought together all the major faith groups and carried out a very significant and important event attended by 400 people. And he was there “front and centre”!

The next time, he was leading a prayer vigil at Royal Perth Hospital for Saeed Hassanloo, a refugee who was on a hunger strike. Saeed was being refused refugee status and was being shifted to Christmas Island with a view to eventual deportation. (http://www.watoday.com.au/wa-news/perth-vigil-brings-hunger-strike-asylum-seeker-saeed-hassanloo-back-from-brink-20150407-1mfrgw.html).

Off and on we would see each other at every event that was of significance to me and my various pursuits of human rights and integration, refugee rights and LGBTIQ and disability rights. I followed him on Facebook and found him to be a fascinating character.

He is Father Chris Bedding. He is a person I have spoken to many times on issues of human rights. His approach is one that is advocated by Dr Cornel West. Dr West asks often why we advocate for certain issues. At the end of the day what drives people like Dr West, Father Chris and hopefully myself, is that we love PEOPLE. Based on that if we advocate for refugee rights, how can we not advocate for all the other groups that are out there?

So it is that Father Bedding chooses to advocate for Marriage Equality, Refugee groups and all other groups of people who may experience disadvantage or inequality. It must be said therefore that I read with surprise the following article in the daily newspaper here in Perth. https://thewest.com.au/news/religion-and-belief/outspoken-wa-priest-chris-bedding-suspended-for-blasphemy-on-social-media-ng-b88615921z

What is his behaviour that has led to this suspension? His social media posts are certainly cited as a reason. And also the comedy routine that he performs.

Let me comment on those two aspects of his performance appraisal as cited in the article. What has struck me about Father Bedding is his incredibly deep and significant love for his fellow human being. Secondly, his use of social media to express his love for people is an incredibly inclusive way of engaging with the widest possible audience. To me Father Bedding is very much a “man of the people”. He engages with all of us at various levels. No one can possibly question what he does in the refugee and the marriage equality space. My engagement with him in these spaces has led me to a view of the church that is quite different to one that I grew up with whilst attending Christian faith schools in Brunei, India and Australia. The view of an institution moribund and steeped in bureaucracy and outdated tradition that governs every aspect of their behaviour was replaced by a view of an institution that was relevant, adaptable and current. It was also now of an institution that was governed by principles of love and understanding.

Whatever the basis of the church hierarchy’s view of Father Bedding’s activities, it must be emphasised that the view from the outside is very different. As a person who has been exposed to the issues of the abrogation of Human rights and to a variety of religious and faith based groups it must be said that Father Bedding is a veritable breath of fresh air. He bases his behaviour and activities on principles of love for humanity and the disadvantaged. Surely, this is the very basis of religious behaviour. And surely, the Church hierarchy must see this.

We trust that the Church will consider these issues and work towards removing any suspension or bar that they may have imposed on Father Bedding. We await their reconsideration of this matter.