Suicides in people numbers instead of comparative rates 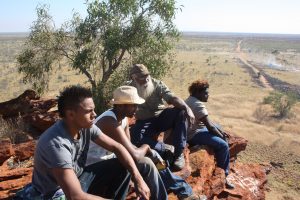 I have dedicated a significant part of my life the last several years unfolding the extensiveness of the suicides crises on this continent and particularly among Aboriginal and/or Torres Strait Islander peoples. I have spent much of my time on raising awareness and contextualising the crisis in order to urge the ways forwards. However more so I have spent time on the ground, in communities, with affected families, with the at-risk doing everything that I can and as do so many others.

It comes with the territory that there will be critics, polarising views and hair-splitters. I do wince a little when the onus of criticism is about the quality of data rather than in depth on the underlying issues. There is always someone after a ‘gotcha’ moment and yes, there are others who are amateur stat boffins. Despite my own ‘rainman-like’ prowess with stats I am nevertheless about people, about the improving of their lot, saving lives, making a difference. I have held in my arms mothers and fathers, sisters and brothers, grandmothers and grandfathers, aunts and uncles who have lost a loved one to suicide.

Last year we buried an eleven year old and this year his mother. At this time I am saddened by a father who suicide took from his eight young children.

This article is in response to one particular individual who keeps on writing to me about my statistical narratives and the argument that some of the rates nurture the sensational and that accordingly they are misleading. In my view, this more than likely well-meaning individual is wrong.

Nearly all Aboriginal and/or Torres Strait Islander suicides are of persons aged 40 years and less, with the majority aged 35 years and less. This is not the case for non-Aboriginal suicides. When people are taking their lives in the prime of life well this begs questions. When Aboriginal and/Torres Strait Islander suicide rates for those aged 15 to 35 years are multiple times that of non-Aboriginal Australians then we have to explore and recognise the underlying issues to these racialised rates.

We need to restore hope to people from the beginning of life. When children contemplate their identity as racialised and their lot as hopeless then we are living a tragedy instead of the light on the horizon. By the time many of these children hit their late teens, when they should be reaching out to all sorts of opportunity and aspirations, they are at a loss, floundering in various distresses and dysfunction. Many soon finish up broken-spirited, alone, homeless, in prison, accumulate mental health issues, substance abuse and breakdown clinically, displacing anger and ideate suicide.

The alarm bells should ring out loud and clear on the issues – racialised issues manifest by the assuage of assimilation bent government policies – when the depression, self-harm and suicide rates between non-Aboriginal and Aboriginal and/or Torres Strait Islander children are significantly disparate. Contextually, the number of suicides of children are low despite suicide as one of the leading causes of death but childhood is our most resilient stretch, when all should be near carefree and everything seem happy and possible. But when this stretch of our lives is broached by chronic unhappiness then the alarm bells should toll and the nation’s attention galvanised.

But if some people just want ‘numbers’ instead of ‘rates’ well then in this article I will provide these despite the fact that the ‘head count’ alone does not tell the narrative contextually, does not signify the extensiveness of the tragedy and the background. Let us remember that for instance Aboriginal and/or Torres Strait Islander peoples comprise less than 3 per cent of the national population.

Suicide is a leading cause of death for all Australians with on average seven Australians committing suicide each day – 50 suicides a week, more than 2,500 suicides per year.

On average there are nearly three suicides a week of Aboriginal and/or Torres Strait Islanders.

Suicide and domestic violence deaths are the tragic tip of the iceberg.

According to the Australian Bureau of Statistics there are 671,000 people who identify as Aboriginal and/or Torres Strait Islanders.

More than 10,000 Aboriginal and/or Torres Strait Islanders are in prison.

Nearly 30,000 Aboriginal and/or Torres Strait Islanders are in some form of homelessness.

I can keep on going with the ‘numbers’ of people living in extreme poverty, in shanty-towns, third-world-akin conditions, below the Henderson Poverty Line, the numbers of children homeless and so on.

The numbers describe the tale, the tragedy but the comparative rates do describe if there are two contrasting disparate tales, one for Aboriginal and/or Torres Strait Islanders and one for the rest of the population. These contrasting tales are delivered by both comparative rates and narratives of lived experiences and may evidence the racism that many of us on the ground have known since we were children.

Oppression is the cause of the majority of the suicides