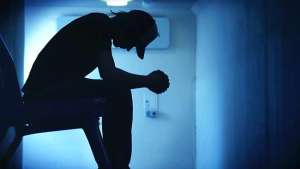 A year ago, I introduced a model of suicide in these pages.[1] I emphasised the suicidogenic role of violence in Aboriginal society. The source of that violence was either upstream via oppression, or downstream via lateral violence. My medical travels in rural and outback Australia, have since confirmed that view. Violence begets violence, and violence begets suicide. Violence thus accounted for the nemesism pole of the nemesism-secularism model. I was only dimly aware of the role of westernisation and secularisation in Aboriginal suicide.

Gradually I began to realise that, especially on account of the Stolen Generation, many Aboriginal people (perhaps the majority), and especially those that shifted to urban settlements, lost their Indigenous religion, and their Indigenous language. Some adopted Christianity. Some combined Christianity with loyalty to the Dreamtime. Many lost contact with their cultural roots altogether. These were the people I was seeing in my locum psychiatric practice across Australia. They were especially given to harm to self and others. Alcohol and drug abuse remain rife. Suicide is an unsolved problem, especially in youth.

A closer look at the ABS figures for religious affiliation tell the story. In the 2006 Census, 13% of Indigenous people did not answer the question compared with 7% of the non-Indigenous population.[2] Of those who did respond, 24% reported no religious affiliation, compared with 21% of the non-Indigenous Australians. A mere 1% of Indigenous people reported affiliation with the Dreamtime. As expected it was highest in very remote areas. In 2006, 73% of the Indigenous population reported an affiliation with Christianity: approximately one-third Anglican and one-third Catholic. But what did that mean? There is no evidence that these were practicing Christians. Rather their affiliation was more likely governed by their ‘theft’ by the representatives of white Australia, the missionaries. In the 2011 Census, about 7361 out of 548,370 aboriginal people were recorded as practising Australian Aboriginal traditional religions ie about 1.5%.[3]

To return to the nemesism-secularism model. Today, violence in Aboriginal society is principally considered in political rather than ethnic terms. Violence, like suicide is related to political disadvantage, rather than to dispossession of land, culture or religion. But Aboriginal religion requires possession of the land. It, like Judaism and Christianity, is tied to hallowed territory. One of the biggest hot-spots for violence and suicide today is in the Kimberly and Pilbara regions of Western Australia. I contend that one of the most significant pressures to cause harm to self or others emanates from the threat of closure of communities and of land dispossession. To prevent this, Aboriginal peoples must fight the battle on two fronts: political and ethnic. The latter includes the religious. If First Australians are to rehabilitate themselves vis-a-vis harm to self and others, they are going to have to repossess their lands, rediscover their roots, and resacralise. This may well necessitate discover new religious forms, which integrate the old with the new, and adapt to the conditions that obtain now.

[3] 2075.0 – Census of Population and Housing – Counts of Aboriginal and Torres Strait Islander Australians, 2011