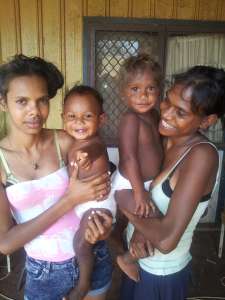 Descendants of the First Peoples of the Kimberley – they endure disproportionately high rates of suicide compared to the rest of the nation – and among the world’s highest suicide rates – Photo, Gerry Georgatos

According to the World Health Organisation Global Health Estimates, there were reportedly 804,000 deaths by suicide in 2012. In my estimates, if we are to factor in unreported and unclassified suicides the suicide toll is more than likely at least double the report numbers. The highest suicide trends are disproportionately prevalent in western nations, in developed nations, in nations with relatively recent colonial oppressor histories where today the descendants of their First Peoples are discriminated minorities.

An aggregation of only high-income nations comprising only 18 per cent of the world’s total population are responsible for one quarter of the world’s reported suicides – nearly 200,000 deaths by suicide. Suicide in high income nations takes on average three times as many males as it does females. But in poor nations this ratio is less, with less than 2 males suiciding for every female life lost to suicide. In general, suicide rates are highest in the 70 years and older age categories, and suicide rates are lowest among those aged less than 16 years of age. But if in the high-income nations with colonial oppressor histories when we disaggregate statistical narratives to the descendants of their First Peoples we find that they have much higher suicide trends than the rest of the population. The majority of their suicides are below the age of 35 years, with the highest risk category of those aged in their twenties.

Globally, suicides constitute 56 per cent of all violent deaths. In the aggregation of high-income nations, 81 per cent of all violent deaths are by suicide. Suicide is evidencing itself in high-income nations as demonstrative that social cohesion is fallacious. There is much mention in the media of ‘violence’, especially of gun-related violence, drug-related violence, of the social fabric threatened by such various violence culminating in death, but the media fails to disaggregate and discuss the leading cause of lethal violence – suicide. In these nations where suicide is the leading cause of violent deaths, suicide prevention should be prioritised in the nation’s social agenda.

However we also need to look at high-income nations with colonial oppressor histories. We need to look at the depression rates, self-harm and suicide rates among the descendants of their First Peoples, who in many of these high-income nations have now become minorities. The majority of the world’s high-income nations have minorities of First Peoples with among the world’s highest depression, self-harm and suicide rates. Oppression continues as an ongoing trauma manifest from the effects of racialised marginalisation. Identity, historical and contemporary, has become a liability for far too many – with constant attacks on their identity – on who they are or should be. These attacks are made on a daily basis by politicians, journalists, social commentators, people in general. Race, racialization, racism become troubling issues – psychologically and emotionally abusive washes of sweeping generalisations, prejudices, biases.

For every suicide it is estimated there are 30 to 40 suicide attempts – an obvious significant impact on communities. According to the many research bodies, a suicide attempt is a powerful predictor. Individuals who have made suicide attempts are at higher risk of suicide than those who do not have such a history. This predictor can measure community distress.  In terms of preventing suicides, immediate and longer term follow up care are critical for those who have attempted suicide and for those who have admitted to suicidal ideation. It is a dangerous myth for anyone to suggest that anyone who talks about taking their life is not serious. In reality they are screaming for help. People need people – this must always be understood as an imperative if there is to be genuine suicide prevention.

Each year in Australia, tens of thousands are admitted to hospital for reported self-harm. This should be seen as a high-needs group and while hospitalised an opportunity for more to be done psychosocially to help them.

It is a myth to presume that the majority of suicides occur without warning. In fact, the majority of suicides have a significant period preceding them where there have been warning signs – verbal and/or behavioural. People need people – and these warning signs should never be dismissed. Prevention strategies must include response systems and task forces who are accessible 24/7 to assist people – in reality these response systems should be set up in ways that if necessary people can be assisted psychosocially and empowered, from a very young age and to as old as. Governments should pay attention in many different ways to warning signs – where these warnings bespeak of a troubled community, regions, clusters, contagion effect, then socioeconomics factors may need to be addressed, or the empowerment of communities long denied this natural right in terms of their right to manage their own affairs and the right to advance their unfolding within their own terms.