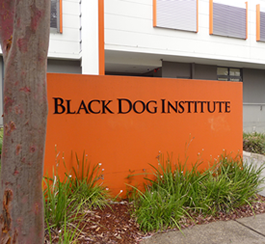 Suicide rates are higher among men but according to the Black Dog Institute there are more attempted suicides among women.

Black Dog Institute is a mental health research body. Nearly twice as many women attempt suicide – the research was conducted over a 12-month period by the Australian Bureau of Statistics (ABS).

According to the ABS’s national survey of mental health and well-being there were reported 22,600 males attempting suicide in 2007.

However, in that same year 42,700 females attempted suicide.

Professor Christensen identified major risk factors among Aboriginal communities. She also forewarned that where there had been attempted suicide the risk of another one was heightened.

“They are really unhappy, not coping and finding life very difficult.”

“Any (suicide) attempt is not a cry for help, it is a sign of psychological pain.”

Professor Christensen was in Perth yesterday and launched a series of suicide prevention programs alongside Youth Focus.

Youth Focus is a Western Australian organisation that delivers free mental health services to young people who feel they are at risk.

Last year a Northern Territory Parliamentary inquiry reported that suicides and suicide attempts among Aboriginal girls were on the rise – and with the median age getting younger year by year. The report raised concerns about increased suicide rates among ten to seventeen year old Aboriginal children.

Australia has the highest rate of Aboriginal youth suicides in the world.

But depression as a risk factor is underwritten by various stressors and determinants. The high rates of suicide among Aboriginal people have more to do with their higher rates of poverty and lack of opportunities.

With increasing numbers of Australians in general, risk factors include family breakdown and “more pressures” – some economic and others to do with the measure of what “success” is.

“There have been huge changes in technology and family structure,” said Professor Christensen.

Professor Christensen pointed to the handling of internet technology and social media as a potential risk factor. Peer pressure was another risk factor.

Within the programs launched in Perth yesterday is HeadStrong (for high school students), Navigating Teenage Depression for school personnel and internet-based programs for young people which includewww.mycompass.com.auandwww.biteback.org.au