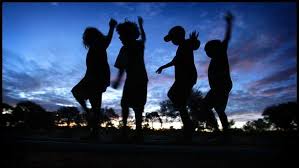 Suicide is a leading cause of death and a public health concern. On average two and half thousand Australians suicide each year. Globally, on average, suicide takes more lives than all forms of violence combined – war, civil strife and homicides. On average seven Australians suicide each day. For Aboriginal and Torres Strait Islanders, the suicide rates are among the highest in the world.

Many suggest that numbers do not tell the human story, that people are not numbers and this is true but the statistical narrative does matter because these numbers are people. We have to galvanise the national conscience with this narrative, through highlighting the abomination of its extensiveness.

The high Aboriginal and Torres Strait Islander suicide rates are attributed to a range of multifactorial interrelated factors including further marginalisation of acutely disadvantaged peoples, continuing racialised inequalities and multiple psychological stressors. Situational trauma should be addressed with healing and subsequent wellbeing but instead is allowed to degenerate into multiple and composite traumas and for many into aggressive complex traumas. There is a loss of sense of purpose, a loss of meaning of life.

Stress is a critical factor and young children are being exposed to an increasing accumulation of life stressors and stressful events. Then there is racism. Racism is a key source of stress faced by Aboriginal and Torres Strait Islander peoples – and it is damaging to the development of childhood development. Racism gets in the way of social and emotional wellbeing, it creates low self-esteem, anxiety, depression, suicidal ideation. Internalising the effects of racism is toxic and can lead to a sense of powerlessness.

Globally, it is estimated that for every suicide there are between 20 to 40 attempted suicides. In Australia, females are more like to deliberately injure themselves. In 12 months from 2008 to 2009, there were almost 27,000 cases of hospitalised care for self-harm (118 per 100,000 population). There needs to be focus on understanding responses, prevention and  postvention, to the accumulation of life stresses, and to understand the impost of expectations that are beyond the marginalised and in general to understand what should constitute happiness.

Suicide is a leading cause of death, it must be responded to as a prominent public health concern and prioritised as one of the issues of our times.

Declaration of impartiality conflict – Gerry Georgatos is a leading suicide prevention researcher and participatory in several national suicide prevention projects. He is also with the Institute of Social Justice and Human Rights.