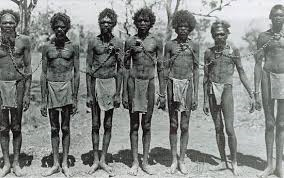 The 2014 Indigenous Expenditure Report has been released by a Government Steering Committee and many will read it, especially the media, in that it is spending on “Indigenous disadvantage”. This is how it has been sold by far too many, including Prime Ministers. Australians will buy the crock that $30 billion is spent annually on First Peoples when indeed it is not. Last year, the nation was told expenditure was $25 billion but I proved that this was a lie after disaggregating the spending. Much less than one billion dollars actually effectively reached First Peoples. The Commonwealth Government responded to my breakdown in that I was correct – that there was no $25 billion spend on First Peoples just like there is no $30 billion spend.

The 2014 Indigenous Expenditure Report was released on December 12, reporting a total spend of $30.3 billion, accounting for 6.1 per cent of total direct government expenditure. Total estimated expenditure per person across all government programs in 2012-13 was $43,449 per Aboriginal and/or Torres Strait Islander compared to $20,900 for non-Aboriginal Australians.

Chair of the Productivity Commission and Chair of COAG Steering Committee, Peter Harris said, “The report of total government expenditure and the information on outcomes in the ‘Overcoming Indigenous Disadvantage’ report are two critical building blocks. Governments, Aboriginal and Torres Strait Island Australians and researchers have the opportunity to use these reports to consider the effectiveness and efficacy and efficiency of government expenditure. In that way this report will contribute to better policy making and improving outcomes for Aboriginal and Torres Strait Islander Australians.”

Though it is good to note that the expenditure is no longer aligned with “disadvantage” spending as it has been used by previous Prime Ministers, it is still effectively assumed that the suggested spending is a “direct” spending on First Peoples and for far too many because of the damage done by Prime Ministers and Federal Ministers selling it as an overcoming disadvantage spend far too many still assume this to be the case. If only such spending was the case, we would actually reduce disadvantage, end the disparities and inequalities.

The report suggests that “expenditure in real terms increased by $5 billion, or 20 per cent, from 2008-09 to 2012-13. Expenditure for each Aboriginal person is reported to have increased by 10.3 per cent and expenditure per non-Aboriginal Australian by 2.2 per cent. But what is all this ‘expenditure’ that so many Australians believe is spent on trying to solve disadvantage?

It is certainly not spending on the relieving of the extreme poverty of far too many First Peoples. Mainstream services accounted for $24.7 billion – 81.4 per cent – of the expenditure in 2012-13, an increase spending on mainstream services of 26 per cent from 2008-09, with the remaining $5.6 billion – 18.6 per cent – provided through targeted Aboriginal and/or Torres Strait Islander services, a decrease of 1.2 per cent from 2008-09.

Spending money on holding people in jail cells is not and should not be considered as spending on addressing disadvantage.

If only the $44,000 per person spending actually reached with a direct effect or even better this so-called huge annual spending could have reached their communities with roads, sewerage, better housing, real services and community infrastructure. Australia is the 12th largest economy, the 2nd wealthiest nation per capita, with the world’s highest median wages but 22 per cent of First Peoples have no water, electricity and sewerage.

Last year I disaggregated the $25.2 billion spending claim. The spending included unbelievably $3.2 billion on ‘public order, safety and corrective services.’ Let alone that this is not spending on addressing disadvantage how is it even a ‘direct spend’ on First Peoples? It is a bottom-of-the-barrel disgrace for spending on law and order to be included in a figure bandied around as direct expenditure on First Peoples. How about we subtract the $3.2 billion from this so-called expenditure figure?

The total direct spending attribution inherits the normal spending for any Australian and therefore at least $14 billion can be subtracted from the total figure if we want to keep on working to see what is actually directly spent on First Peoples.

With education there is supposedly more than $3 billion spent annually on the children of First Peoples but for too long schools in homeland communities have been grossly neglected and are below the standard of non-Aboriginal schools. You cannot argue the total expenditure for the right to go to school as spending on First Peoples. This is deplorable statistical notoriety. Let us subtract another $3 billion plus.

It is shambolic to treat into the calculation the $4 billion in social security payments to First Peoples, a pittance when compared to the rest of the Australian population. These monies are not about direct spending on First Peoples or anything to do with overcoming disadvantage but rather the rightful entitlement for any citizen of this nation for them to pay the rent and put food on the table for their family. Let us subtract this $4 billion from the running balance.

Including expenditure on job creation programs for First Peoples is fair enough, and it is five times the rate spent on job creation for non-Aboriginal people but in the end half the total of this expenditure is absorbed by bureaucracy. This is not a good way to go.

Last year, after I disaggregated the expenditure I worked out that less than a billion dollars, and in real terms closer to half that, may actually reach First Peoples in terms of addressing disadvantage. The same goes once again with this latest report.

Last year, after the National Indigenous Times published my evaluation of the $25 billion lie, the Chair of the Indigenous Advisory Council, Warren Mundine responded, “Last week’s front page of The National Indigenous Times was intended to debunk one of the common myths about Indigenous Affairs funding – that Aboriginal and Torres Strait Islander people are personally receiving around $25 billion of special government funding. The NIT points out that this $25 billion figure includes Indigenous people’s share of funding that is provided to all Australians equally – such as social security, education and health. Based on its analysis of the latest Productivity Commission report, The NIT estimates that, of the funding allotted specifically to Indigenous Australians, a majority is spent on bureaucrats, advisers, contractors and the like, many of whom are non-Indigenous.”

“These figures are no surprise to me. Senator Scullion and I had estimated during a quick review that around a third of Government funding for Indigenous programs doesn’t even make it past the front doors of office buildings in Canberra and other cities. It’s like an inverted pyramid – funding passes through several layers of bureaucracy and other administration before reaching the people it’s intended to help, by which time it’s substantially depleted.”

Australians need to understand that there is no significant spending on reducing the disadvantage and inequalities suffered by First Peoples. It is all a lie. This is why Australia has the greatest divide of all the developed nations between First Peoples and the rest of the population, and it is a bloody damning wedge that has led to the First Peoples of this continent suffering increasing homelessness, arrest and imprisonment rates and who are dying among the world’s highest premature death and suicide rates. To get to the truth, first we have got to stop the peddling of lies.