Stop examining the oppressed, instead examine the oppressor – this will do in racism & marginalisation 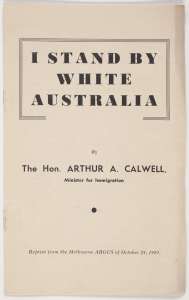 Oppression is the historical signature piece of the Australia we have known since the late 18th century, since the arrival of the tall ships. However oppression remains contemporaneous. The viciously cruel rod of oppression has delivered narratives of human misery and suffering, the moral abomination of racism. For more than a century there has been an increasing examination of the oppressed but very little examination of the oppressor. The often exploitative preoccupation to study and examine the oppressed while refusing to examine and bring to account the oppressor ensures oppression continues.

Last year, on a national television program one of this continent’s most revered and wisdom laden statespersons, Arrernte Amatjere Elder, Rosalie Kunoth-Monks most eloquently stated what should have been heard long ago by the Australian nation – “I am not the problem.”

The victim may need healing, trauma counselling, support and reparations but the actual examining of why and how any problem has occurred must focus on the perpetrator, on the oppressor.

This is why two of my Masters and my doctoral research focused on racism. This is why I am a prolific writer about systemic issues, about the oppressor, about the racism. I am often hounded by the naysayers but I will never diminish the oppressed by writing predominately about them, for they are not the problem, they are not at fault and they are not the cesspool of wrongs that delivered the injustices, the damage and the trauma.

I do not want, and have never wanted to hold the oppressors hostage to all their faults, of their oppressive and exploitative behaviours, of their racism, but rather in the name of humanity, in the name of everyone, to free them from their oppressive behaviours, from their ignorance and from their despatching of racism. There is a hostile denial in this nation by the majority of the population of the racism that stoutly continues to stain the national conscience dumbing down consciousness. Racism has many veils and layers and unless we move away from the obsession to only examine the oppressed hence we will continue to go nowhere fast – and the narratives of human misery and suffering will continue to be rolled out, ruining more families and communities, destroying more lives, taking more lives.

Australia has the widest divide between the descendants of its First Peoples and the rest of the population. Yet, Australia is the world’s 12th largest economy, one of the world’s wealthiest nations per capita and boasts the world’s highest median wages. So how is it that half of the Aboriginal and/or Torres Strait Islander population while comprising so little of the Australian population lives impoverished, with the majority marginalised in third-world-akin shanties?

How is it possible that non-Aboriginal Australia enjoys social infrastructure that Aboriginal and/or Torres Strait Islander homelands and their communities do not? The extreme poverty has been induced and it is perpetuated by one government after another. The racism is Australian made. This extreme poverty is racialised and this is an indisputable given. Racialisaton is racism.

How is it possible that in this affluent nation there is hidden one of the world’s highest suicide rates? One in twenty of Aboriginal and/or Torres Strait Islanders die by suicide – this is the reported rate – a moral abomination. This racialised narrative is racism. The narrative of lives lost to suicide is worse than is being reported. I estimate that the real rate is one suicide in ten deaths, double the official rate. This is a humanitarian crisis, catastrophic, and yet it is not the pressing issue of our time despite it being highlighted by myself and others. The fact that it is not the issue of our time demonstrates the actuality to this day of the dominance of the oppressor, effectively uninterrupted.

The oppressor has been protected by casual references that they were the product of the stream of consciousness of their times, of a political climate, of intended well-meaning. These are hostile statements of defiance, of a refusal to be held to account. They are denied the opportunity to atone. Without atonement there are no ways forward and ignorance and racism will continue to keep us all hostage.

The majority of our parliamentarians have at least 100 years of familial history on this continent –and most are still kept hostage to origins-of-thinking a century old. Without an examination of the oppressor, instead of the oppressed, without a national conversation hence many premises and presumptions that should be done and dusted will continue perniciously into the ensuing generation.

Our parliaments remain the dominion of the oppressor, of a White Australia. When our parliaments finally reflect the demography of this nation so then we will journey to a more humane society.

Australia led the way with apartheid legislation and practices that South Africa learned and copied. There are laws, policies and practices to this day that racialise people, which negatively target people, which decimate people and ensuing generations. Many of these laws, policies and practices have led to land grabs, the degradation of communities, the legacy of extreme poverty, homelessness, the filling of jails and the horrific suicide rates. All of this, not just some of this, is a moral abomination.

Many good people sought to make a difference by focusing examination on the victim – the oppressed – but this has indeed now become an industry and which has blindsided hope. The examination has to shift to the oppressor but once again not to punish them, not to keep them hostage but to free us all into equality and the right to be as we so see fit.

Little else will work. Native title was tried as a compensatory mechanism and has culminated in the horrific debacle that fractures communities, spoils riches on the few and marginalises the majority. Native title is an example of what not to do – a free-for-all where the majority of benefactors are non-Aboriginal and who slew benefit away from the intended recipients. Native title is a trough of frenzied feeding by an endless queue of carpetbaggers, lawyers, anthropologists, every charlatan under the sun. It has been a significant betrayal of once huge expectations. In my many travels, I have found the filthiest of exploiters that I have ever known in the native title industry. I have often wondered have they no shame in effectively stealing from the poor, in reaping their spoils from the rights of the poor. In one form or another, in one guise or another, the oppression continues.

The oppressed are blameless.

Let the oppressor understand what they are doing or in the least bring them to the light of day so it all stops.