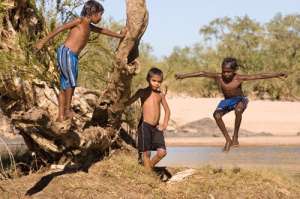 South Australia’s Minister for Aboriginal Affairs and Reconciliation, Ian Hunter is making the future of remote communities all about money. There is no certainty for the communities of First Peoples according to Mr Hunter. He is warning that the State will not pick up the tab for municipal services, water and power as it does for White communities and towns.

Mr Hunter warned the communities of the Anangu Pitjantjatjara Yankunytjatjara (APY) Lands may be closed unless the Commonwealth keeps on funding the essential services.

“We will not pick up the shortfall, it is the Commonwealth Government’s responsibility,” said Mr Hunter.

This spat between the States and the Commonwealth is in part a charade. It has been a long known agenda from an assimilationist’s perspective and a miner’s dream to close down remote communities. Recently, Federal Minister for Indigenous Affairs, Nigel Scullion, stated that Premier Colin Barnett has spent years talking about closing many remote Western Australian communities.

Mr Hunter prospered the paradox that it is the Commonwealth closing the communities even if the State actually closes them.

Federal Minister for Indigenous Affairs, Senator Nigel Scullion said, “Why does the South Australian Government fund rubbish collection for White South Australians at one end of Yorkey’s Crossing Road in Port Augusta but not for Aboriginal residents at the other end?”

But Mr Hunter said if the Federal funding ceases then in effect it is the Commonwealth who are turning off the water and the electricity, and stopping the collection of rubbish and waste.

But Mr Hunter acknowledges that if the State shuts down communities it will lead to overcrowding, homelessness and squalor to towns where the residents relocate. South Australia could just pick up the paltry $10 million municipal bill and show the rest of the nation how it is done, and respect the right to various certainties that remote living communities should be entitled to.