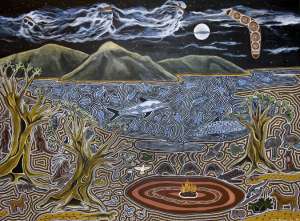 I came across NY psychoanalyst, Morton Schatzman’s book, Soul Murder, (Schatzman, 1973) the year I commenced my training in psychiatry, 1974. It had a formative effect on my professional development and on my life in general. Soul murder was the term used by nineteenth century German Judge, Daniel Schreber, to explain his schizophrenic illness. He had been subject to brutalization by his fanatic, pedagogue father.

Today, the impact of adversity, whether it is brutalization by parents of children, teachers of pupils, bosses of employees, or by any authority figure of their subjects, is explained in psychological and biomedical terms. In the American psychiatric manual, the DSM, the reaction comes under the diagnostic rubric post-traumatic stress disorder. The impact of adversity, however, can also be explained in spiritual and religious terms, as an effect of evil. Hence the term, soul murder. Schreber, as victim, needed no prompting in describing his illness in those terms. But then, it was an idiosyncratic rather than a culturally syntonic term. If Germans had ever conceived of stress and mental illness in spiritual terms in their distant past, they had long relinquished that view. To be sure pagan practice lingered on in German superstition and in cult, but not in those terms.

The notion of soul murder, however, does live on amongst indigenous peoples. It is notable, for example, among the South-Siberian people of the Altai Republic. (Wikipedia, last modified on January 16, 2015; Altai, 2015) This spectacularly beautiful region, on the Russian side of the Altai Mountains, close to the Mongolian, Chinese and Kazakh border, is inhabited by Turkic-speaking Altaians. There, the contemporary homicide and suicide rates are very high. In a search of historical documents, Lester discovered that these high suicide rates at least dated back to the 18th and 19th centuries. (Lester & Kondrichin, 2003; Lester, 2006) The Altai were a much oppressed Indigenous people.

While recently conducting doctoral research amongst the Altaians, Ludek Broz (2010) came across the case of a twenty-year-old girl who shot herself. She left a note asking for nice make-up for the coffin. Her death followed the death of a young man with whom she had allegedly been in love. A year after getting home from jail he shot himself after a drunken fight with his friends. His death followed the death of a half-paralysed elderly woman and so on. The interval between each consecutive death varied from ten days to a month-and-a-half. The village had a population of no more than five hundred souls. Broz wrote that the soul loss narrative represented a causal chain further back into the past to the point of original ‘soul-loss’.

The Altai conceive of the person as having dual or even multiple aspects of the soul. These are essential to life, and as such, non-detachable. Detachment can lead to accidents, illnesses (especially mental illnesses), murders, and suicides. When a suicidal person commits the suicidal act they are not fully themselves. As such, they are not agents, and so, not self murderers. Only a shaman can intervene, to halt the process, and to restore a soul. Counter-measures such as a joyous, life-affirming event may be required, such as holding as a wedding.

Redemption from catastrophe through celebration was common during mortal epidemics, for example cholera, across Europe, in the nineteenth century (Assaf, 2002). Jews married off disabled people and orphans. A disabled, mute, virgin was thus married to a blind man. The wedding ceremony was held in the graveyard in the hope that the couple would produce a generation of righteous offspring. Another way of remedying the scourge was the bearing of Torah scrolls through the town in a procession just before the onset of the Sabbath.

Returning to the Altai: what was the cultural context for these deaths, especially for suicide? American cultural anthropologist, Richard Shweder, hypothesized (1991) that among traditional peoples, ‘soul loss’ is suffered under real conditions of powerlessness and oppression. To make the point, Shweder said that powerlessness is not a cognitive distortion but an accurate mapping of one’s place in an oppressive system. Economic, political and health constraints lead to hopelessness and helplessness, and despair to self-destruction

The history of the Altai is, like the history of Australian First Peoples, a history of oppression. The region sits at the very heart of Asia. Its people were continuously threatened from all four compass points, but mostly from the Mongols and Chinese in the east, and the Russians and Turks, in the west. Periodically, when free from famine or invasion, they were able to consolidate as an autonomous culture, with its unique religious forms, latterly somewhat Islamised. The traditional religion of the native Altaians is shamanism The Altaian, Oroit-Dzungarian Empire was crushed in 1756 by the Manchu-Ching dynasty. Many Altaians lost their lives, and the clan structure was irreparably damaged. It was the Russians, who, in the early twentieth century, designated the Indigenous people, Altaians.

The region was colonized by the Russians. The invaders abrogated the best pasturelands and transformed them into tilled fields. Russians charged high prices for the basic necessities, imposed high taxes, and forced collective Altaian settlement. The Russian Orthodox Church proselytized. It was also socially and economically coercive. The weakening of Russian Imperialism was accompanied by rebirth of the indigenous people, under the banner of the Ak Jang (White Faith) movement. (Vinogradov, 2003) It was also called Burkhanism. This was disbanded by the Communists during World War II. The Ak Jang leadership was executed, and collective memory, reflected in Altaian cultural history, was suppressed. Today there are some 30-40 seoks, or clans. There has been a modest cultural and economic, if not political renaissance, mostly oriented to ethno- and eco-tourism.

The Altai shaman performed a healing-cum-religious function. As such, he was considered a deviant. Usually he was a recovered or recovering psychoneurotic. This was substantively demonstrated for the Siberian Tungus by Shirokogoroff. (1935) He called it a Psychomental complex. The people consulted the shaman only when they were so weakened that their personal store of healing magic proved insufficient. It must have been a sort of last resort. First Nations in Australia did not have witchdoctors or shamans. There must have been healers, but this role was not prominently linked to religion, although it was inseparable from it. It may well be that following First Contact, the weakening of the Indigenous peoples by disease, alcohol and physical oppression by colonisers proved well beyond ordinary coping capacity of the tribal Australian. Hence, the specialised healing function attained greater prominence.

First Australian people dichotomise the soul between a self-created, entity that accompanies the body, and another that comes from The Dreaming. (Australian Aboriginal religion, 2015). The latter originates at ancestral totemic sites. Its power animates the people at various stages of their lives. At death, the autonomous soul becomes a dangerous ghost which eventually passes into nonexistence. Its passing is frequently marked by destruction or abandonment of the deceased’s property, and a long-term ban on use of the deceased person’s name. Ancestral souls, however, are eternal. They return to the totemic environment. This process is well exemplified by what Tatz regarded as a primeval description of suicide. (Tatz, 1999)

Senior Biripi, Aunty Marion Hampton, was one of several who were able to recount the story of the creation of the Three Brothers Mountains, in New South Wales between Port Macquarie and Taree. (Three Brothers Biripi Brothers Mountains, 2015; The Dreamtime story of the Three Brothers, 2011). The brothers lived near the Camden Haven River close to the sea. They had to fend for themselves in the bush for some months before they could be initiated. The brothers began to worry about their mother and father, and the youngest volunteered to return. As he left camp he spotted an old witch but paid her no attention. He told his father who sent him back to his brothers with a boomerang. The witch told him that she had eaten them and would eat him too. He threw the boomerang and split her in half. Half her body he buried in the river and half in the sea. Then he returned to his brother’s camp and gathered up their bones. He buried their bones where the North and Middle Brother Mountains now stand, then went to where the South Brother Mountain now stands and died. That night a mountain rose up where each body lay to mark the tragedy. The mountains were then named after the Three Brothers.

How might the Biripi brother’s rite de passage be understood via-a-vis child abuse? They were abandoned to the bush by their parents. Two were murdered and one committed suicide. Where does one draw the line? One solution to that conundrum comes from the Bible: Abraham’s near sacrifice of Isaac and the story of the burning bush in the Old Testament; and, Jesus’s self-sacrifice in the New Testament. Thus, when man imitates God and his servants, he comes a cropper. The Biripi brothers were doing their parents’ will in the Dreamtime. The consequence was sacrifice in the service of creation.

Altai: rebirth of a destination: taste, identity and the new geography of leisure in southwest Siberia. 2015.

Broz. Four funerals and a wedding: suicide and agency in a Siberian village. 2010.

The Dreamtime story of the Three Brothers. http://dreamingeyesofwonder.com/2011/04/13/the-dreamtime-story-of-the-three-brothers/

Vinogradov A. Ak Jang in the context of Altai religious tradition. MA, University of Saskatchewan, November 2003.