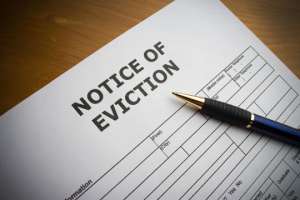 On January 3 2017, with New Year hangovers barely abated, bailiffs from the local Sherriff’s office, accompanied by staff from the State Housing Authority, will drive as a funereal convoy to an old house situated on the fringes of a small country town called Pinjarra, an hour’s drive south of Perth, Western Australia. Their arrival will bear ill tidings for the tenants of the house: Sonya and her 8 year old son. The convoy of bureaucrats will be armed with the required court issued warrant to repossess from Sonya – by force if required – the modest two bedroom public housing property Sonya has called home for the last 4 and a half years. The might of white law will flex its considerable muscle, pluck poor Sonya and son from her house and dispose of them out onto the streets with no plan b required or in place. From that date, Sonya and son become someone else’s problem.

Sonya is a 26 year old Aboriginal woman on a Disability Pension for her paranoid schizophrenia. She has a metal shunt in the back of her head, permanent reminder of an emergency operation she had as a kid to remove an aggressive brain tumour. Sonya is prone to blackouts, tires easily, needs assistance to dress herself, needs assistance with most daily tasks people take for granted. She should have full-time care but her Carer left town months ago. To describe Sonya as disadvantaged is somewhat of an understatement. I have been working over 30 years with Aboriginal communities and clients in different parts of Australia and I can’t recall a more vulnerable kid. And she is only a kid, a mere slip, a waif of a girl, a girl whose development, physical and mental, has taken a pounding over her 26 hard yard years of life.  She aint no fortunate one that’s for sure. Currently on a mental health order, a nurse travels from the local mental health centre to stick an anti-psychotic needle in Sonya’s skinny arm every fortnight. They’re going to find it hard to locate Sonya after 3 January, are the mental health team. Sonya may end up on the streets and parks of Perth, maybe end up in Geraldton, or even Katherine or the Alice. She got rels up there. Most of her family though are still around Pinjarra. This is her place. Always was, always will be.

Sonya’s Grandad can remember his Grandad, who told the story told to him by his Grandad, of being a boy and managing to hide in the hollowed trunk of a tree during the infamous Pinjarra massacre of October 28 1834, where a mounted posse of settlers and police routed the local Bindjareb Bilyidar Noongars, surprising an encampment of mostly women and children (the men were on initiation duties in another country at the time) early morning on the banks of the meandering Murray River. Depending on who is recounting the story, anywhere between 30 and 200 women and children were slaughtered that day. Whatever the true numbers, it is widely accepted as the bloodiest single massacre of Aboriginals in Australian history. The site of the massacre is a stone’s throw from the current Pinjarra town centre. There’s a modest monument on the spot of the massacre, but due to continued defacement, it’s been ‘temporarily’ removed. The past is still very much alive. Ute loads of young red-blooded red necks keen to hang on to old divisions have fired shotguns into the air outside the houses of Sonya and her extended family. Sonya has been dealing with this sort of tension from the day she was born. That’s just how it goes in Gnaala Karla Booja, traditional name of the region, later renamed by white authority to Peel, after the surname of the person who headed up the slaughter posse back in 1834.

In the past Sonya’s ancestors were driven out from Gnaala Karla Booja by the might of the gun. In the present they are being driven out by the might of Residential Tenancy law. Different tactics, same result: Noongars, through State sanctioned acts of violence, banished from their homelands.

Sonya’s Grandparents are in their late 60’s, which in itself is something of a rarity among a community that sees the ravages of disadvantage manifest in early mortality rates. Perhaps their age can be put down to the fact neither partake in the soul-destroying grog habit that continues to tear a newie into Aboriginal people and communities across the country. In July of 2016 Sonya’s pensioner grandparents were evicted from their Housing Authority house. With no alternative housing available they have been reduced to camping out in the bush. Like her Grandparents, Sonya’s chances of securing accommodation after eviction are bleak. If she wants to stay local in her country, she will be forced to join her Grandparents in taking up digs in a tent in the bush.

So an hour drive from the opulent glass skyscrapers of Perth, early into 2017, if you know where to look, you will come across a somewhat less opulent scene of four generations of an Aboriginal family getting by at a campsite, all rendered homeless through unnecessary Housing Authority evictions.

It appears to me that the Housing Authority regards itself these days more as a property development enterprise than its original manifestation as a publicly funded safety net to house disadvantaged community members. Part of its property development remit seems to include the targeting of vulnerable tenants for eviction. The outcome of Housing Authority Inc.’s corporatized approach to property management, is the generation of homelessness. Homelessness doesn’t just magically appear from nowhere. It needs to be created. The Housing Authority – the bureaucratic structure funded by the tax-payer to house vulnerable community members – are now in the business of creating homelessness. And they’re getting more adept at it by the day. They are assisted by antiquated tenancy legislation, including that gem of a ‘no reason notice to vacate’, an anomaly unique to Australia that the Housing Authority are employing more and more to smooth the legal path to eviction.

The Housing Authority’s obsession with eviction is not unique to WA; it’s happening to a varying degree across all State and Territory housing jurisdictions. And you can see the results on the streets of every city. The largest single gateway to homelessness is via public housing evictions. For the vast majority of people evicted from public housing, the only 3 options you have is rough sleeping, temporary emergency housing or prison. Which is the least dangerous of those options can often be a point of contention on any given day.

In Western Australia, many Aboriginal people, in response to an aggressive eviction programme adopted by the Housing Authority, have simply rolled up their swag and taken off interstate to start a new housing application in a State jurisdiction they haven’t been precluded from. This seems to be an appealing outcome for the State Government. If I was a cynical man I might suggest that the Barnett Government has been enthusiastically if clandestinely engaged in an apartheidesque experiment to drive as many Aboriginals as possible across the border into the Northern Territory. Adam Giles, Chief Minister of the Northern Territory earlier this year wrote to the WA Premier, related to the high numbers of West Australian Aboriginal community members ending up in the fringe camps of Katherine and Darwin and placing pressure on local NT services. Barnett dismissively responded by pointing out that the WA Government never went ahead with their proposed closure of remote communities, therefore they have nothing to do with the numbers of Aboriginals crossing the border. The Premier is quite right, under national and international pressure, his Government backed off from shutting down remote Aboriginal communities. However the idea of just getting rid of entire Aboriginal communities may have struck a chord in the imagination of the governing hegemony. Maybe they’re just being a little more strategic and cunning about it, but with the same endgame in sight. Is the dismantling and dispossession of Aboriginal communities happening by stealth, via Housing Authority evictions? I think it is, but then I don’t have access to eviction figures that would uphold or refute that position. What I do have access to are Aboriginal clients in high numbers coming through the doors of the community legal sector and seeking assistance for Housing Authority generated eviction notices.

Sonya’s case is just one of a host of examples where Housing Authority have demonstrated a complete lack of empathy when dealing with highly vulnerable and disadvantaged tenants. The fact Sonya is grappling with a severe disability, the fact she had recently lost her full-time Carer and was – is – between Carers, the fact her psychiatrist had written to Housing confirming that eviction would be catastrophic for Sonya and likely to lead to serious trauma, the outcome of which could be harm to herself and/or to others…all these factors were passionately ignored or denied by a Housing Authority hell bent on securing eviction.

I don’t intend to venture into the minutiae of Sonya’s case. It’s all there on the public record if anyone cares enough to retrieve the affidavits and the court transcript.  What has happened to Sonya and to her Grandparents, to other family and community members, is the hard reality of how our society – your society – treats its most disadvantaged people. If the moral health of a society can be measured on how it treats its vulnerable members, then Australia 2017 stands accused of being a mean and heartless place.

The price society pays for treating vulnerable people such as Sonya and her Grandparents in the manner they have been treated, is profound and far-reaching. It erodes away the very fabric which binds us together as a people, it undermines trust in the structures of governance, it creates a breeding ground for foment and dissent, it alienates and ostracizes whole communities from the common wealth of the country, it divides and it shames us as a people. And we should be ashamed. Maybe through shame we can at least acknowledge what is actually going on in this country, step away from the usual political rhetoric of denial and smoke and mirror and counter accusation and victim blaming. Perhaps we can begin to at least have an adult discussion on the dismantling of the safety net of public housing in this country and the profound social impact this dismantling is causing, not just to the vulnerable and disadvantaged, but to us all. In the meantime, perhaps pressure could be brought to bear on the Housing Authority for them to reconsider the exercising of their warrant to repossess Sonya’s house and consider the possibility of granting her a reprieve from imminent homelessness. It might be the last chance she ever gets to call somewhere home.