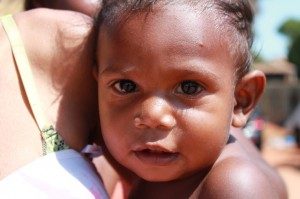 There are racial divides that despite all the projects working to bridge these divides, they are in fact widening. Economic inequalities are not being addressed and instead a tsunami of poverty related – extreme poverty – issues are flooding us with high mortality, homelessness and appalling incarceration and suicide rates. For every person that crosses the divide to the Elysian Fields, many fall forever into the chasm, into the Rubicon, while many remain lost on the poor side of the divide, marginalised in hopelessness.

Yet we keep on getting told that even if slowly everything is changing, that things are improving, that the gap is being closed. It is not true. Unless we start with the truth, from an informed context then we are delivering hidden poverty and underclasses.

This is not only so for Aboriginal and/or Torres Strait Islanders but for many cultural groups, for many migrant Australians who are spiralling into poverty-emblazoned underclasses, racialised. Nearly one-third of Australia’s homelessness are of people born overseas. However, those who have it worst, for those whom the statistical narrative is an abomination – morally and politically – are the descendants of the First Peoples of this continent. If the divides can be bridged for those whom have it worst, for who are hit the hardest, then we’ll begin to get it right for everyone.

Till such time, Australia will continue to be defined by the maltreatment and predicaments of those who have it worst. Of all the middle to high income nations with recent colonial oppressor histories, Australia has the widest divide of its measurable indicators between the descendants of its First Peoples and the rest of its population. However unlike poor and low-income nations Australia is an affluent nation with the world’s highest median wages, the 12th largest economy.

Let’s look at the Australian story through the facts alone.

The tragedies that I describe are compounded by the political abomination of one Government after another pushing the bent for assimilation on remote living Aboriginal and/or Torres Strait Islander living peoples. Scoring a good education is one thing, no issue with this but culture as central to identity cannot be eroded by external factors, it is brutally damaging. With any cultural group on this continent – migrants or otherwise – it is imperative to not inhibit the freedom to navigate their two cultural settings, their own and that of the dominant one.

CAAMA Radio – Seven per cent of the Kimberley homeless!