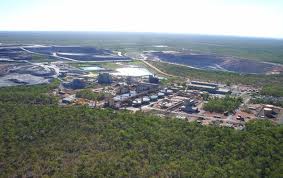 The incongruous irony of uranium mining in the UNESCO listed world heritage national park – Kakadu – should not escape most Australians – it certainly does not escape many of the Jaowyn people of Kakadu. Jaowyn and Mirrar people consider part of the Kakadu as ‘buladjang’ – ‘sickness Country.’ Parts of the Kakadu have been hit by one toxic uranium disaster after another.

In typical legislative sleights of hand, Ranger mine and adjacent Jabiluka are not part of Kakadu national park but world heritage listed Kakadu surrounds Ranger and Jabiluka. It is like excising part of the Great Barrier Reef for nuclear armament testing, or as the federal Government did with Christmas Island, excising it from the ‘migration zone’ to cheat Asylum Seekers out of their lawful rights in terms of the Migration Act, to which Australia is a signatory.

Last week, Rio Tinto subsidiary Energy Resources of Australia’s (ERA) Ranger uranium mine endured another toxic disaster – with a leach tanker bursting, spilling more than one million litres of acidic uranium slurry, breaching containment lines. The world heritage park, one of Australia’s most iconic landscapes, suffered an environmental ignominy that should have been the lead news story throughout the nation – questions remain as to why major broadcasters did not highlight even if they did not lead with the toxic disaster.

32 year old Ranger mine has a history of one major incident after another, in total more than 200 incidents since 1981. Increasingly, with each serious incident more of Kakadu is considered off-limits to human beings, contaminated by spills; ‘buladjang’ – ‘sickness Country.’

In 1998, as a results of the leaks, spills, contamination, UNESCO wanted to put Kakadu on its world heritage endangered list but decided to not challenge Australia’s sovereignty – but nevertheless they expressed their fears.

ERA pays 4.25 per cent of its gross sales revenue, in addition to lease payments for the land, to the federal Government. More than $200 million has been paid to the federal Government by Ranger since opening. But the real story is that from 2000 to 2005, 50,000 metric tonnes of Australian uranium were exported to 11 countries, with a return of more than $2 billion to the Australian economy. But uranium mine failings and contamination are putting Aboriginal communities at risk, and human lives last.

Forty uranium mines is the plan for Western Australia