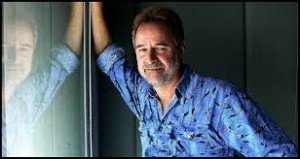 Senator Nigel Scullion, Minister for Indigenous Affairs may lead the way on implementing the Custody Notification Service in WA and the NT or even nationally and save lives – Image, www.caama.com.au

On August 4, a 22-year-old Yamatji woman died in a Western Australian police watch house. It is likely that she did not have to die, certainly not in a watch house. The victim of a domestic violence incident, instead of being transferred to crisis care support was locked up in a police cell to ‘pay off’ unpaid parking fines’ totaling thereabouts $1000. Her partner, Dion Ruffin was also locked up in a nearby cell.

Yesterday, I met with the Federal Minister for Indigenous Affairs, Senator Nigel Scullion in Canberra and among other matters I lobbied for the implementation of the Custody Notification Service (CNS) in Western Australia, but preferably nationally. The CNS more than likely would have saved Ms Dhu’s life or at least ensured that everything possible that could be done to save her life would have been done.

Minister Scullion will move quickly to examine the CNS after I explained that since its implementation in NSW in 1998 there has not been a single death of a First Nations person in a police watch house.

I said that in the least it should be rolled out in Western Australia and the Northern Territory where the arrest rates of First Nations people are the highest in the nation.

“If it is saving lives we should look at it nationally,” responded Minister Scullion.

The Custody Notification Service was a recommendation from the Royal Commission into Aboriginal Deaths in Custody. Only NSW has implemented it and enshrined it under the 2005 Powers and Responsibility Act.

I learned of the death of the young woman on the day, when one of her family phoned me. This was followed by a phone call from a family member of the late Ms Dhu’s boyfriend, Dion Ruffin, who is vital to any inquiry, as he was also locked up for 48 hours with Ms Dhu.

The death of Ms Dhu has hit a nerve with many, an unnecessary death. Media coverage has been solid but few have called for the solutions that matter. Yes, unpaid fines should not be a reason for someone to be detained in a lockup, which in NSW is no longer an option. But one way forward is the CNS, and in the least in Ms Dhu’s name the CNS should be implemented across the nation.

The death of the young woman should in the least galvanise the renewed calls by many for medical nurses to be stationed at lockups 24/7 and for the implementation of the Custody Notification Service in Western Australia. Ms Dhu was pronounced dead soon after arriving at the Hedland Health Campus. According to Mr Ruffin, Ms Dhu had been complaining of being ill right throughout her detainment, had been vomiting and he said there were visible injuries.

The CNS is a 24/7 phone service hosted by the Aboriginal Legal Services. A lawyer is always on call. In NSW, police are required by law to immediately contact the ALS hosted service and allow for a lawyer to speak to the detainee. The lawyer will instruct police on health and welfare assessments. The service costs only a paltry $500,000 per year in NSW. The CNS attends to 15,000 contacts per year in NSW. Had Ms Dhu such an advocate, she more than likely would not have been detained on unpaid fines – she may have been hospitalised and properly assessed. Presumptions that may have been made about Ms Dhu while presenting unwell at the hospital but in the company of police may not have been made had she not been in their company – a stereotypical theme that does pervade perniciously, even among the best of people. A stout advocate could have made all the difference.

Many police officers in Western Australia and the Northern Territory have told me that they would be relieved to see the implementation of the CNS.

CEO of the Aboriginal Legal Service, Phil Naden, said that the CNS “is more than a phone line”.

Ms Dhu’s death was brought up in the Australian Senate by Labor Senator Sue Lines.

“The silence from the police and the Barnett Government is deafening. There should be an outcry but there is silence.”

“There has been no sympathy shown to Ms Dhu’s family.”

Senator Lines criticised the Country Health Service “for refusing to say whether a doctor had examined Ms Dhu.”

“The (autopsy) report concerns me greatly.”

Senator Lines said that the unpaid fines “did not warrant a custodial offence.”

“We do not know how long the family of Ms Dhu will have to wait to get justice.”

Senator Lines said that justice for First Peoples is inferior to that for non-Aboriginal Australians.

But Western Australian Premier Colin Barnett has said that he “will make sure” that a coronial report is completed as soon as possible.

An uncle of Ms Dhu, Shaun Harris said the family were heartbroken and the grief ongoing.

“I just rang up and kept checking how she is.”

“We didn’t know about her being sick or anything and just got the message my granddaughter’s passed on and this is it. So everybody’s got something to answer for. Terrible, devastated, broken up, why my granddaughter passed away.”

Shadow Attorney-General John Quigley said that Ms Dhu “should never have been in custody.”

He said people should not be incarcerated for fine defaults.

In Western Australia during the past five years people incarcerated for fine defaults has soared from 190 to 1,100 people a year. Indigenous Social Justice President, Ray Jackson said that locking up people for fine default “is insane”.

“It is punitive, how does it pay back fines? It doesn’t.”

“In NSW, when 18-year-old Jamie Partlic was bashed senseless, I thought that is it, all the States will get rid of it. NSW no longer jails people for unpaid fines. It is incomprehensible that Western Australian is still jailing people on unpaid fines.”

NSW did away with jailing people on fine defaults after parking fine defaulter, Mr Partlic, was bashed by another prisoner at Long Bay jail in 1987. He died after laying in a coma for six months.

“Many people just do not have the money to pay them,” said Mr Jackson.

NSW prefers to recover unpaid fines by garnisheeing wages or by Courts ordering defaulters to pay the fines off with community service or by completing various courses.

The family of Ms Dhu deserves to know the truth, for the justice to be chased down but in her name in the very least the CNS must be rolled out nationally – and plainly just to save lives.

Minister Scullion may well lead the way on this. The cost of the CNS annually will be much less than the spend on coronial inquiries.