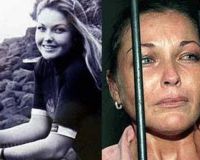 Schapelle Corby is innocent, and many within various Australian authorities do know this. No-one should be expendable, but it is clear that Ms Corby has been treated as if she is expendable. This is the second part in what will be a suite of articles that will unfold what indeed did happen, who was responsible for the planting of the cannabis in her boogie board bag and additionally will expose idle and hence complicit government authorities.

On that fateful October day in 2004, Ms Corby travelled from Brisbane airport to Sydney Domestic linking to Sydney International and onward to Bali. She went through three Australian airports, with more than 800 cameras, but when it came to her trial, despite her pleas for CCTV footage to be produced on her movements and of her luggage in transit, and of the airport baggage handlers, no CCTV footage was produced. You would think the CCTV footage would be crucial. Her boogie board bag should have been assessed even from CCTV footage – and there would have been myriad random clips of footage.

But, Ms Corby was expendable.

It was slipped into her bag at Brisbane airport by an airport luggage handler. It was to be collected in Sydney for distribution through a local crime gang well known to police, one of them a corrupted ex-police officer. I will name these people in ensuing articles. The cannabis was intended for the streets of Sydney and of course not Bali where cannabis can be bought for up to one tenth the street value that it can be bought for in Sydney.

At the time, anti-drugs police were coordinating Operation Mocha. Operation Mocha had baggage handlers and customs officers under surveillance on October 8, 2004 as Ms Corby’s luggage transited Sydney Domestic. The handlers were made aware of Operation Mocha and now spooked, they were not able to remove the cannabis for its intended Sydney recipients. Tragically for Ms Corby the cannabis continued on to Bali’s Denpassar Airport.

Mr Standen is in jail, serving a 22 year sentence for drug trafficking.

On August 11, 2011, after a five month trial by jury, Mr Standen was found guilty of conspiring to import and supply 300 kilograms of pseudoephedrine  – enough of this chemical to produce $60 million worth of ‘ice’ or ‘crystal meth’.

For more on Mr Standen read this site here:

Mr Standen’s shocking downfall from a respected high ranking drug investigator to a convicted criminal formally began with his high-profile arrest in June 2008. With the possibility of parole, backdated to his arrest, he will be eligible for release in June, 2024.

In delivering the verdict, Justice Bruce James said, “(Mr Standen) had a long and successful career as a law enforcement officer (and) he has suffered extra-curial punishment in the loss of his career and in public disgrace and humiliation.”

But what about Ms Corby? Unlike Mr Standen she is innocent. And had it not been for Operation Mocha doing its rounds and spooking the airport baggage handlers, Ms Corby would not be in Kerobokan prison. Ms Corby has been publicly humiliated, defamed and smeared – by assumptions, speculation and conjecture. The public denigration of Ms Corby has been played out year in year out for nine years. People meltdown when publicly smashed, and people have taken their lives to end the harassment. Some of the media, and hence some of the Australian public, have speculated guilt but by tenuous associations – association by guilt tenuously linked to various incidents involving various members of her family, but this is Kafkaesque stuff and just plain wrong and especially from some of the high profile and well resourced media who should know better. Instead of investigative journalism we have had to endure lazy opinion type reporting, lazy ‘social commentary’ – banal speculation once again – these are systemic problems with news media. Indeed, dangerous.

And what about our parliamentarians, past and present? Some of them do know without equivocation that Ms Corby is innocent. Yet her predicament continues – it is now more than nine years later and the best years of Ms Corby’s life are being spent in prison. But at the same time her mental health has diminished. Those around her are deeply concerned about her state of mind, sometimes tragically her state of mind is much questioned and ridiculed in the news media despite the psychiatric reports. There is no question that she has been suicidal and it is only resilience born of the love and support from those around her that keep her going, despite that some of them too have been hit with unwarranted public scrutiny and the scourge of public humiliation – collateral damage – from the media’s bent to speculate, assume and embellish.

In ensuing articles we will continue to bring to you the whole story – but we need to unfold this story, because after nine years much information has accumulated, and both so as not to inundate the reader and for the sake of moral and other proprieties to sustain the coverage. We will not go away.

I have been contacted by several major news media formats who want to join in unveiling the truth of what really happened and in moving to push our Government to do the right thing for not only the sake of Ms Corby, but for all Australians, for people everywhere. I hope that the news media that has contacted me is sincere and that nothing will get in the way of what is right.

The law and justice are often two different things – as one high ranking judge once said to me of court – “if you want justice, you are in the wrong building.”

We can change this.

The Col Chapman interview – on the public smearing of Schapelle Corby