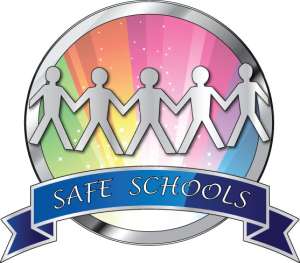 Who wants to play Monopoly, the Safe Schools edition? Every time someone mentions “radical gender theory,” “leftist agenda” or “social engineering,” advance one space. Do not pass go. Bonus points whenever an ultra-conservative senator appears on an ABC program to rail against the program.

Watching the drama unfold over the past few weeks has been interesting, to say the least. It seems much of the opposition to Safe Schools stems from the (mistaken) belief that it’s some sort of recruitment drive, converting teens into an army of obedient little gay robots.

But the last time I checked, sexuality isn’t programmable. How about now? Still nope.

Taking a peek at the program’s critics reveals a telling trend: most are older, white, male and heterosexual. In short, completely removed from the program’s target demographic. Some might even say irrelevant.

But that hasn’t stopped the Tony Abbotts and Cory Bernardis of the world from loudly and obliviously passing judgement, no matter the damage wrought by their fumbling words.

This was highlighted during last month’s Q&A panel on the ABC where audience member Carter Smith – incidentally, the only queer teen present for the discussion – condemned both camps for using vulnerable kids as “political bullets.” Here, here.

Because we mustn’t forget the real victims of this back-and-forth bandying about: LGBT youngsters, many made to feel alienated and devalued, to the point where mental health professionals have reported a disturbing spike in the number accessing their services.

As someone who spends five days a week in an academic setting, I can speak with some confidence when I say that the program is most definitely necessary.

Homophobia and transphobia still very much pollute the educational system. Which is why I’ve never been prouder than when my principal publicly took a stand in support of Safe Schools.

But my stomping ground is just one of thousands of schools where this safety net is desperately needed.

It’s a sad fact that LGBT teens are more prone to suicide and self-harm than their straight peers. Over 60% confess to copping vicious verbal abuse on a regular basis, about 80% of which occurs in the schoolyard.

And that doesn’t include drastically increased rates of physical abuse, sexual violence, drug addiction, homelessness… the list goes on.

Are we seriously meant to oppose an initiative that aims to put a stop to all that? Just because some don’t consider it PG-rated enough for implementation in schools?

And don’t even get me started on the total non-issue of transgender students using the proper restroom to align with their gender.

I’m not sure what some out there think goes on in the school toilets, but gender diverse kids are hardly Vaudevillian villains, twirling their moustaches and leering menacingly at the other occupants.

It’s this kind of all-pervading air of shame, like these teenagers are somehow perverse, their identities merely tolerable at best (as long as they don’t “shove it down your throat,” whatever that means) which is so toxic.

So for all those sorry souls up in arms over an anti-bullying, pro-awareness program – guess what? If you’re opposed to Safe Schools, you’re exactly why it’s needed.

Seb Starcevic was called a “bleeding heart leftist” once and now uses it as his unofficial title. He was born in Geelong and then just forgot to leave. Hit him up on Twitter @BookshelfofDoom.