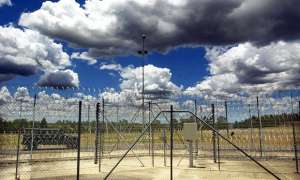 Not enough is being done for people while in jail. There are far too many people in prison mentally unwell rather than criminally minded. There are far too many incarcerated for low level offending. When it comes to Aboriginal and/or Torres Strait Islander peoples, just about every family has had a family member or close relative incarcerated. From a racialised lens Australia jails Aboriginal and/or Torres Strait Islander peoples at among the world’s highest rates.

Having visited prisons and long worked with ex-prisoners, most of them soon after release, to improve their lot, it is my view that in general people come out of prison worse than when they went in. Trauma – situational, multiple and composite – is the end-result for the majority of the prison experience; particularly for those who were dished up a prison sentence for effectively ‘non-criminally minded’ offences such as fine defaulting. The mentally unwell become more unwell, with many breaking down altogether. Those who went in for low level poverty related offending come out of prison ‘brutalised’ by abuses, fear, anxieties and debilitated in having to fa much the same of what led them into prison. They face a life without secondary and university qualifications, without job skills. They continue on in the harsh reality of poverty and in a society that does not give the poor a break.

The prisons I have visited are the sorriest tales of punitive tribulations, of neglect, of lost and troubled souls. Prisons are not about restorative and rehabilitative practicalities but places with the inmates in the longest queues – begging for education programs, including literacy. Only the few will score participation in the handful of education programs offering the opportunity of qualifications. The unmet need is not just sad but it is disgraceful on the part of governments – State and Commonwealth. More can be done but it is not.

I am not going to argue the economic benefits to society; that it is cheaper to invest in people’s education, training up, in alternatives to incarceration than it is to incarcerate and punish. These arguments disgust me. These arguments indict our national consciousness, our logic and our collective values. The economy should be geared to society and not the other way around. I prefer to discuss and urge moral imperatives instead of framing our values in economical imperatives.

We should be abominated by a society that incarcerates the poorest of the poor, the sickest of the unwell, that effectively punishes minorities because assimilation wants them to give up their cultural being. We should be abominated by this nation where at least one in 10 and up to one in 6 of Aboriginal and/or Torres Strait Islanders living have been to jail. This horrific statistical narrative should have long ago galvanised the nation to redress the intolerable racialised inequalities, the economic inequalities, the discrimination.

According to the Australian Bureau of Statistics (ABS) 86 per cent of prisoners did not complete Year 12. More than 30 per cent did not get past Year 9.

According to researchers Kate van Doreen, Stuart Kinner and Simon Forsyth – “the risk of death is greatly elevated among ex-prisoners compared with the general population.”  They stated, “Although many deaths are drug-related or the result of suicide, little is known about risk and protective factors for death in this population.”

I have long argued that a significant proportion of suicides are of ex-prisoners and in most cases soon after their release from prison. It aches the heart to comprehend that people may have felt more secure while in prison than back in society despite that prison damaged them. The death rates from external causes and suicides of ex-prisoners are themes throughout our world and not confined to Australia. A number of studies estimate that these death rates from unnatural causes are up to 10 times the rates of death while in any year in prison.

“This elevation in risk is greater than that experienced by older ex-prisoners. Among young ex-prisoners, the majority of deaths are due to preventable causes, particularly injury and poisoning, and suicide.”

Aboriginal and/or Torres Strait Islander comprise more than one quarter the Australian prison population and standalone their median age is much less than the rest of the prison population. It is estimated that more than 90 per cent have not completed a secondary education. The majority come from the most impoverished contexts. They have little, if any, prospects post-release. I have brought a number of Aboriginal and/or Torres Strait Islander ex-prisoners into various educational institutions. Every single one of them took up the offer. Noongar man Mervyn Eades is the director of Ngalla Maya Aboriginal Corporation – an employment training provider for ex-prisoners. Mervyn knows what prisoners go through, understands their lot, having done time himself and Ngalla Maya enjoys a high retention rate among ex-prisoners working towards the pick up a qualification, to be able to legitimately compete for a job.

I am not interested in economic imperatives. I am interested in moral imperatives. It is the right thing to do for us as a society to improve the lot of others. The suicides will be reduced. The unnatural death rates that are damning this nation will be reduced. The impacts from loss and grief on families will disappear. I estimate, though the research is not yet in, that one quarter of Aboriginal and/or Torres Strait Islander suicides are linked in one way or another to ex-prisoners just out of prison – more on this in future articles. In my view a significant proportion of the prison population should not be in prison and instead supported with all sorts of educational and other assistance. Prisoners should not just be locked in those damn cells – instead help them with psychosocial counselling, mentoring, educational opportunities, job training and let us improve their lot. It is a disgrace and an indictment that prisons are missed opportunities for healing, education, the improving of one’s lot. Actually, it’s bullshit.

There is no greater legacy than to improve the lot of others – to the point of truly changing lives, saving lives. Actually, it is easy.