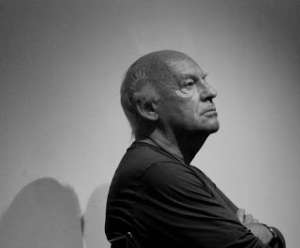 ‘To publish Eduardo Galeano is to publish the enemy: the enemy of lies, indifference, above all of forgetfulness. Thanks to him, our crimes will be remembered. His tenderness is devastating, his truthfulness furious’
John Berger

‘In this world of ours, a world of powerful centers and subjugated outposts, there is no wealth that must not be held in some suspicion’
Eduardo Galeano

Galeano who was 74, died of complications from lung cancer.

Obituaries are here from the Guardian, The Nation, Jacobin and New York Times.

I am currently reading Galeano’s most recent book  Children of the Days in which Galeano details a world where power and wealth are increasingly concentrated in the hands of a few, weaving in examples from the 15th century to the present day.

The book contains a story from history for each day of the year.

Speaking about the book Galeano noted:

In 1919 Rosa Luxembourg, the revolutionary, was murdered
in Berlin.
Her killers bludgeoned her with rifle blows and tossed her
into the waters of a canal.
Along the way, she lost a shoe.
Some hand picked it up, that shoe dropped in the mud.
Rosa longed for a world where justice would not be sacrificed
in the name of freedom, nor freedom sacrificed in the name of
justice.
Every day, some hand picks up that banner.
Dropped in the mud, like the shoe.