Refugee advocates may have saved life of Saeed Hassanloo 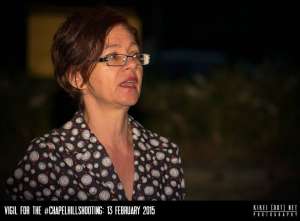 All had seemed lost for 24 year old Saeed Hassanloo – 44 days into a hunger strike. A compassion-less Government prepared to let him die. He had been willing death rather than continue on in the inhumanity that is Australia’s mandatory detention. Six years in detention.

His hunger strike had been kept a secret from the nation, for 35 days, till he had deteriorated so badly he was transferred from Yongah Hill detention centre to Royal Perth Hospital. Upon news of this, refugee advocates gathered in support, got the word out, kept in as close contact with him through their trusted sources. As the media began to pick up this story – which should have gone national much sooner, should have gone viral – many Australians were shocked that the Australian Government and the Department of Immigration had hidden Saeed’s plight from them.

Good people swelled in support at candlelight vigils outside the hospital through what was also the Easter period.

Saeed learned that good people were praying for him. Flowers and cards arrived to his ward for him.

The Perth based Refugee Rights Action Network (RRAN) stalwart, Victoria Martin said, “Saeed has been so moved by the support he has received from advocates he thanked us yesterday.”

“And last night he agreed to come off his hunger strike and begin accepting medical intervention.”

“Thank you to everyone that expressed their concern. We now need to keep the pressure on the Government to fight the injustice of mandatory detention.”

“No on should feel they need to starve themselves to death rather than spend another day in an immigration internment camp,” said Ms Martin.

Good people from all walks of life may have saved Saeed. Now, we can only pray and wait that he has not suffered irreparable damage to his health. We can thank the supporters for doing what the Australian Government was not prepared – 1) to save a human life 2) to prevent Australia’s first hunger strike death 3) to demonstrate compassion and understanding from the heart.

If the young man lives, what is his future? What is the future of his brother, Majid, who is interned at Christmas Island detention centre? What are the futures of all the children and people interned in Australia’s $3 billion dollars a year dirty business of immigration detention?