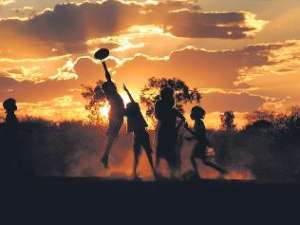 Western Australia and the Northern Territory are home to the majority of remote communities and camps. Many of these towns and camps were conceived by Australia’s historic and not-too-long-ago apartheid. Many of the townships and camps are former missions where children were removed to as part of the Stolen Generations. Towns were created by moving people off their Country, so their Country could be stolen, pastoralised, mined and turned into freehold land. The eugenics still odours its stench into today and will do into tomorrow. The shutting down of towns and camps, an ongoing theme in the Northern Territory, is about to grip Western Australia.

Communities up to four generations old that have been dealing with the traumas of the past will have more trauma and displacement to deal with again. They will be starved out of their communities, services phased out, their townships shut down, and then the majority of people relocated to larger towns.

The State Government has a terrible record in doing next-to-nothing for remote communities, in treating these communities as second-class citizens, in dishing out inequalities, and lo and behold in closing down community services and towns. Just prior to Christmas last year, a family of eight left their community from near the Northern Territory border and lived homeless for six month on the outskirts of Perth while getting their children to school every day. Their community’s school had been closed down and they were told that the children could go to a school in Warburton, 194 kilometres from their own community. Eventually, we crossed paths and I found them interim housing because the Department of Housing and other agencies were not able to.

Last year, the State Minister for Education and Aboriginal Affairs, Peter Collier, reduced funding to resources to schools right across the State, but with the biggest cuts hitting Aboriginal remote schools.

Three years ago, the Kimberley town of Oombulgurri was shut down and its 62 homes and other buildings are now being razed into oblivion. Many of the former residents are homeless and there have been suicides. Seven per cent of the Kimberley is homeless, with nearly 100 per cent of this homelessness comprising First Peoples.

Eleven years ago Perth’s Swan Valley Nyungah Community was shut down and all the residents evicted, with many finishing up homeless. Former residents have died homeless on Perth’s streets. But there is minimal press coverage of this tragedy.

The Commonwealth will fund Western Australia $90 million for a two year “transition” – in other words the closing down of as many communities as possible. The old arguments of isolated communities disadvantaged by distance just do not wash. Mining towns whisper their way in but next-to-nothing done is forever the way for remote communities. They are not remote communities to those that live in them. You never hear of non-Aboriginal towns threatened by closure – it’s a racialised issue, it is more of the same-old apartheid.

“This was not an agreement, it was an ultimatum. We had a gun pointed at our head,” said Mr Marmion.

The Commonwealth has withdrawn $45 million in funding per annum but Minister Marmion then slated out the potential total cost of municipal and essential services to all 274 communities of which the State certainly has various existing responsibilities for – and that with forward estimates could cost between $3 billion to $10 billion over two decades.

Minister Marmion said that because of the “Commonwealth withdrawing its responsibilities (closing some communities) may well be an outcome.”

Federal Minister for Indigenous Affairs, Senator Nigel Scullion said, “Providing essential and municipal services in towns and cities across Australia has always been the responsibility of State and local governments and it should be no different in Aboriginal and Torres Strait Islander communities.”

“This funding cut will have devastating long-term impacts on remote Aboriginal communities and many will not survive,” said Mr Wyatt.

“This funding cut will simply mean remote communities will be unable to deliver essential services.”

“It will force Aboriginal people to move from remote communities into regional centres that do not have the capacity to take on large increases in their population.”

Mr Wyatt stated that once again remote communities have not been consulted. He said that Western Australia “has failed to stand up for people in WA’s Aboriginal communities in the same way the South Australian Government has.”

Western Australia is a Australia’s backwater, maltreating worse than anywhere else on this continent its remote communities as if they comprise second-class citizens or as if they are to be considered as third-world living.

On November 5, a rally will be held on the steps of the Parliament House of Western Australia – an outcry that communities should not be closed down, which appears self-evident to most people and which has been on the table for a long time. The November 5 rally follows the September 16 rally which saw hundreds of protesters, many from Land Councils and Aboriginal organisations, gather at Parliament House to reject the State Government’s proposed changes to the Aboriginal Heritage Act which amount to nothing more than open slather for the robber baron mining giants.