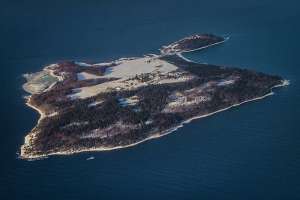 I would be inclined to argue myself as a prison abolitionist – for the most part we can do away with prisons and certainly by all means do away with prisons as a punitive, penal estate. The punishment and control bit just does not work but yet we throw more money at it – and the prison population increases, the offending rates do not decrease. If we want to help people improve their lot and therefore reduce the risk factors that lead to ‘offending’ then why are we not helping them while they are in prison?

Prison – the penal estate – is not only a wastefully punishing experience, it is a diabolical missed opportunity to improve the lives of the inmates – to reduce the risk factors that landed them in prison and to strengthen the protective factors that will keep them out of jail.

As an official visitor to prisons – invited to meet with inmates and speak to them of ways forward especially post-release – I have seen the inside of prisons. I have seen the malaise, the sense of hopelessness. I have looked into the eyes of many and seen that they see this as their lot.

People need people – people can strengthen people, validate their self-worth, help them along on a journey to somewhere meaningful. The prisons I have visited are filled with our most vulnerable, the illiterate, people without job skills, people who are effectively unemployable, people who are damaged by childhood traumas – situational, composite and multiple traumas but for whom little or no healing has been provided.

The educational and vocational programs in prisons are few. The queues are long, the majority languish in unmet need.

What does work? There are transformative experiences that do work – for instance Norway’s Bastoy island prison. At Bastoy, no-one is locked in cells; inmates put themselves to bed when ready. There are few guards on the island prison – trust is a big deal and empowering inmates with management of their daily affairs has led to the outcome of Bastoy boasting Europe’s lowest reoffending rate. Is this not what we want?

Prison is the toughest of gigs for anyone to endure. Our governments have to admit, and then act on, the fact that the penal estate has thus far been a debacle – and a missed opportunity where the pursuit of legacy should be the changing of lives for the better. By no means are our prisons educative, rehabilitative or restorative. If we are to do prisons let them be healing places, culturally strengthening, educationally and vocationally focused. According to the Australian Bureau of Statistics (ABS) “prison entrants had a lower level of educational attainment than the general Australian population for those aged 25-34 years and 35-44 years. Almost two-thirds (63%) of the general population aged 25-34 years had completed Year 12, compared with just 14% of prison entrants in that age group. More than one-third of prison entrants (37%) had a highest completed level of schooling of Year 9 or less, compared with around one in twenty (4-8%) of the general population.”

A significant proportion of the national prison population is comprised of 25 to 34 year olds and only 14 per cent of this age group have completed Year 12. How about transforming prisons into places of learning?

There are inadequate pre-release programs and even less post-release programs and services. Upon release far too many ex-inmates feel desolate, alienated, scared. Australian and global research demonstrates that post-release ex-inmates are extremely vulnerable. In the first year post-release ex-inmates are many times more likely to engage in self-destructive behaviours and many times more likely to take their lives or fall victim to an unnatural death than at any time during their prison sentence. In general people come out of prison worse than when they went in. The prison experience perpetuates trauma, compounds trauma, sets up people for a life of low expectations, for a life of failure.

In 2011, Dr Anne Katelaris estimated that 385,000 Australians living in the community had been to prison. Given this estimate, I would then estimate that at least 70,000 and up to 100,000 Aboriginal and/or Torres Strait Islanders have been to prison – that is at least one in ten Aboriginal and/or Torres Strait Islanders have done time. The high incarceration rates of Aboriginal and/or Torres Strait Islander people has a ripple effect of negative impacts upon families and communities. According to Katelaris’ estimate at least one in 80 Australians now living in the community have been to prison. There is very little research and data collection about what happens to people after they are released from prison. We know they are vulnerable. It is fair to comment that far too many of them remain illiterate, under-educated, under-qualified, marginalised in poverty.

The low levels of education are thematic for prison entrants but why not change this? We have a ‘captured audience’ with ‘unmet needs’ – why not knock ourselves out to improve their lot? In that 25 to 34 years age group of inmates nearly 40 per cent have a highest completed level of schooling of Year 9 or less. If we have to do prisons, then why not have people leaving prison in a better state than when they came in? This should be the minimum standard of any ‘civil’ society.

Declaration – Gerry Georgatos is a prison reform advocate, a researcher in suicide prevention and racism and is involved with various national and community projects in suicide prevention. He has assisted inmates and ex-inmates through alternative pathway programs into tertiary education.