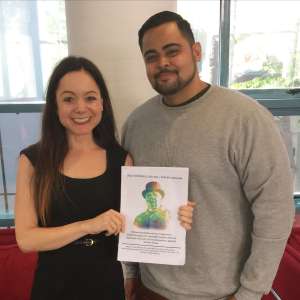 Steven Caruana writes on the prevention of abuses in detention through the Optional Protocol to the Convention against Torture.

The infamous Don Dale Youth Detention Centre has in recent times come back into the public spotlight with the anniversary of the Royal Commission’s findings and an unfortunate resurgence of some of the more troublesome issues that those findings had hoped to prevent.

Among the recommendations of the Royal Commission was the establishment of an independent external oversight mechanism to ‘ensure that any power exercised is confined to that provided for in legislation, that there is accountability for the exercising of the power, and liability for the consequences of the misuse of power.’

The importance of such a mechanism was emphasised in early 2017 by the then Attorney General George Brandis, who speculated that the mistreatment in Don Dale may never have occurred had something already been in place. At the time of his statement, the Attorney General was announcing that the Government had intended to ratify the United Nation’s Optional Protocol to the Convention Against Torture and Other Cruel, Inhuman or Degrading Treatment or Punishment (OPCAT).

The OPCAT
The OPCAT treaty imposes an obligation on States that have ratified it to allow for periodic visits from the United Nations Subcommittee for the Prevention of Torture (SPT) to inspect any places where a person is detained or deprived of their liberty. Visits from the SPT are likely to only occur once every 5-10 years, however, the real value of the OPCAT lies in the additional obligation to create a National Preventive Mechanism (NPM).

The NPM is the domestic visiting body charged with undertaking regular, preventive visits to places of detention. Its aim is to ensure violations of human rights like those that were seen in Don Dale are prevented from occurring. It achieves this through constructive dialogue with detainees, detaining agencies, civil society and governments to determine current and potential issues and recommend practical solutions to those concerns in a manner that is respectful of the rights of detainees and the safety of detention staff.

The NPM also undertakes an advisory function, commenting on legislation and putting forward proposals to government. As well as an educative function, ensuring awareness is raised on issues of mistreatment and torture and assisting detaining agencies to more fully comply with their human rights obligations.

Australia’s ratification of the OPCAT occurred in December 2017 as a result of a voluntary pledge by the Government in its campaign for candidacy to the United Nations Human Rights Council.

The benefit of OPCAT oversight
The Australian NPM will be a multibody entity arranged along jurisdictional lines with the Federal and Co-ordinating NPM being announced as the Office of the Commonwealth Ombudsman. Whilst external oversight mechanisms for places of detention already exist in Australia, their mandates, powers, resourcing and independence vary between jurisdictions. The provisions of the OPCAT look to strengthen rather than replace this existing oversight and therefore it is more than likely that some or all existing oversight bodies will be bolstered rather than new ones created to make up the NPM.

On the matter of oversight, the Western Australian Custodial Inspector, Professor Neil Morgan, has in past commented that the mere existence of external oversight has a profound benefit:

“It is known that external inspectors will routinely visit facilities, and may do so with little or no notice. Prison administrators and staff, like anyone, will be more conscious of their decision making and behaviour if they know they will be scrutinised by an external third party.”

Morgan further states:
“An inspectorate cannot prevent or resolve every incident of poor conduct or abuse by officers. There will always be some officers who overstep the mark. The role… is to reduce the risk of problems emerging, to identify systemic issues that can be addressed, and to ensure accountability where problems arise. [An inspectorate] … is also not able to prevent all systemic failings. However, it has proved to be good at predicting risk and at holding the system to account for avoidable systemic failings.”

To further highlight the benefits of OPCAT specific inspections one only needs to consider the experience of our neighbour New Zealand whose NPM has been in place since 2007. Commenting on their progression between 2007-2012, the New Zealand NPM noted:

‘Implementation of the OPCAT system has made the human rights standards relating to detention more visible, and with greater awareness has come improved understanding and application of those standards. NPMs have identified issues that may not otherwise have come to light. Because detaining agencies have been so receptive and responsive to OPCAT, there have been many improvements in both the conditions of detention and the way detainees are treated.’

Trouble spots? An expanded definition of detention and deprivation of liberty
The OPCAT in requiring the inspection of places of detention and deprivation of liberty, does not explicitly state what those places are. In explaining the reason for this the SPT has commented that as extensive an interpretation should be made to maximise the impact of the NPM and takes the view that any place where someone is not free to leave or that the SPT consider a person might be deprived of their liberty should fall within the scope of the OPCAT.

Despite this, the Australian Government has indicated already that the NPM will focus on what it deems ‘primary places of detention’ such as prisons, youth justice, immigration detention, military detention, closed psychiatric facilities and police custody. In response to this, organisations such as the Australian Lawyers Alliance, The Law Council of Australia and the ACT Inspector of Custodial Services have all urged that there be no limit or restriction regarding the categories of ‘place of detention’ that should be subject to visits by Australia’s NPM bodies.

The open-ended scope of the OPCAT provides the benefit of ensuring that places not traditionally seen as detention but with evidence of mistreatment, can be subject to the same rigorous monitoring as would be expected of a correctional facility or immigration detention.

The NPM has the capacity to deal with pressing areas of concern such as those exposed in aged care facilities around Australia. In other countries that have ratified the OPCAT such as the UK, aged care facilities have become a regular feature of NPM inspections. Speaking to this point, Mat Kinton, an inspector with the Care Quality Commission, which is the independent regulator of all health and social care services in England has said:

“For many years we didn’t really see care homes as places of deprivation of liberty we saw them as places were the poor vulnerable folk go who can’t look after themselves. I think there’s a much sharper idea that these are part of the role more than ten years ago.”

Given the experience of NPMs abroad it would be unsurprising if the current Royal Commission into Aged Care Quality and Safety recommends that the Australian NPM take an active role in monitoring aged care facilities for mistreatment, abuse, the causes of any systemic failures and any actions that should be taken in response.
OPCAT Anniversary – Current progress and where to from here?

The Australian Human Rights Commissioner, Edward Santow, has previously remarked that the OPCAT ‘could be the single most positive step this decade in improving conditions in all Australian places of detention.’ Yet despite all its promise and the Governments promises, why a year on from its ratification are we still seeing the same problems at Don Dale, let alone in other places of detention?

At the time of ratification, the Government exercised its right under Article 24 of the OPCAT to delay the formal establishment of the Australian NPM for three years. In a federated State such as Australia it’s not unreasonable for such a decision to be made to allow for the Federal, State and Territory governments to negotiate the NPM’s legislative basis, its resourcing and its designation.

In the Northern Territory context whilst some progress has been made through the adoption of the Monitoring Places of Detention (OPCAT) Bill 2018 which allows for visits by the SPT, the Northern Territory NPM is still yet to be established and is according to Territory Families Minister, Dale Wakefield, likely to be decided upon after extensive consultations over 2019-2020.

The Northern Territory is not alone, not one of the States and Territories have designated their NPMs. Whilst a transparent and consultative process is welcomed should State and Territory governments really wait the full three years to designate? Whilst officially they can, are places like Don Dale able to wait any longer for effective oversight?

At a Prisons Conference in Melbourne earlier this year, the NPM Coordinator and Commonwealth Ombudsman, Michael Manthorpe, commented that in spite of the Article 24 decision he was “…very keen to ensure that this doesn’t mean that we all sit around and admire OPCAT but don’t do anything about it for the next three years.” The sentiment reflects the reality that mistreatment within Australian places of detention continues to mount.

Last month the NSW Custodial Inspector released a report highlighting significant failings and inconsistencies between legislation and policy in the management of youth detention. Also in November, it was revealed that an Aboriginal man at the Royal Adelaide Hospital was subjected to two days of shackling as a mental health patient, a concerning yet not isolated incident. In September, the NSW Law Enforcement Conduct Commission released a report outlining an incident of excessive use of force by a police officer on a person in custody and recommended prosecution. In May, the Queensland Ombudsman provided testimony to the QLD Crime and Corruption Commission that he had seen a significantly increasing trend of complaints about out-of-cell time reductions in correctional facilities resulting from overcrowding. Then there are the incidents that aren’t reported on, the ones that don’t make it to the public’s attention.

The prevalence of and risk of mistreatment within detention is not isolated to the Northern Territory as the few examples above show. Thankfully, despite a perception of inaction there have been some promising developments this year. The Australian Human Rights Commission has concluded its consultations with civil society on OPCAT implementation and is looking to publish their findings in early 2019. The Commonwealth Ombudsman is also undertaking an assessment of Australia’s existing oversight bodies and their compliance with OPCAT provisions with the intent of also publishing their findings in early 2019. These two reports should furnish governments with a sufficient amount of needed information to take action, designate their NPMs and allow them to get on with the job of preventing human rights abuses.

Other oversight bodies are also taking a proactive approach to their potential designation as an NPM. The Australian and New Zealand Children’s Commissioners and Guardians for instance met last month and issued a formal communique advocating for a child-centred approach to OPCAT inspections.

In an interview in January 2018, The Victorian Ombudsman, Deborah Glass, stressed the importance of OPCAT in commenting that:

“Inspections help to ensure the effectiveness of prisons in promoting rehabilitation, which in turn reduces recidivism and increases community safety. They can identify pressure points which if left unchecked, can result in riots. It costs far more to deal with the consequences of ill-treatment – such as a huge bill for damage or compensation – than setting up regular monitoring to prevent it.”

Territory Families Minister, Dale Wakefild, has also stated that ‘the establishment of independent oversight bodies and providing access to visits from independent oversight bodies such as OPCAT is central to restoring trust.’ Whilst speaking specifically of regaining the trust of the Northern Territory community in the wake of Don Dale, the same statement is equally applicable to all jurisdictions and to Australia’s reputation at large on the world stage.

As the then Minister for Foreign Affairs, Julie Bishop, remarked when announcing Australia’s OPCAT ratification last year it ‘demonstrates Australia’s unwavering commitment to international scrutiny and accountability’. We shall continue to wait and watch for that commitment to be backed by necessary political action and means.