Pretty poor judgment by Keenan, not by Aly 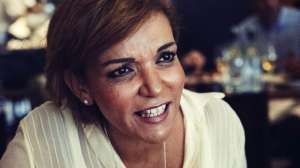 Michael Keenan is our Justice federal minister. I have had dealings with him going back to when he first stood for Parliament. At that time I was President of the Ethnic Communities Council of WA. He approached me with his then campaign manager. We sat in my office and examined the ethnic diversity of the Stirling electorates. I then gave him a couple of suggestions as to how to approach the various communities and distinctly remember suggesting that he needed to get Amanda Vanstone, then a Minister in the Government, to come to the electorate and attend the Mosque with the Imams.

As I understand it, he may have acted on some of those suggestions and subsequently was elected to the position of Federal Member for the seat of Stirling in Federal Parliament in around 2004. He has been re-elected a couple of times since then.

In 2007 when we were running a pre-election forum at ECCWA, we invited Mr Keenan to attend. My colleague Ramdas Sankaran got into a phone conversation with him and that conversation deteriorated to the extent that Mr Keenan allegedly suggested that Ramdas had a “Short Man Problem”. For the record, Ramdas is 5’9’’ or 10” in height.

Fast forward to 2016. Dr Anne Aly is standing for the seat of Cowan. She is a person I have known for around 25 years. We consider ourselves friends. However, we are also the harshest critics of each other’s work. When she worked in the Office of Multicultural Interests, we clashed vigorously on many occasions.

Dr Aly has also established a brilliant reputation as an expert in the field of anti-terrorism and de-radicalisation programmes. This reputation has seen her being invited by various leaders around the world to forums in the US and other places to deliver her message. She has also been funded by the Australian Government (the Attorney General’s department mainly) to deliver these de-radicalisation programmes.

In this capacity of dealing with anti-terror issues she would have come into contact with Junaid Thorne. Junaid is a young man of Aboriginal and other heritage. He is also a self styled Islamic “Scholar”. Junaid has 6862 “likes” on his Facebook page. A number of these are by people who are firm followers of his preaching. Unfortunately, Junaid is one of those people who is considered “radicalised”. Dr Aly has had contact with Junaid over his journey to the current destination of jail. (I have had contact with members of his extended family as well and was at one time trying to assist them (Junaid and his brother) come back from a Saudi jail some years ago).

On June 24th the Sydney Morning Herald reported the following:

“Mr Keenan suggested Anne Aly, Labor candidate in the marginal Liberal-held seat of Cowan, intervened last year in the criminal hearings of radical Islamists to reduce their sentences. Dr Aly responded by defending her role in the case, saying she had simply recommended them for a government-supported intervention and deradicalisation program.

When given the opportunity to later challenge Dr Aly directly on live radio, Mr Keenan refused, saying debating a Labor candidate was beneath him.

“That was specifically a letter of support made to the court specifically when it was going through the sentencing process,” he said when asked if he thought she sought a lighter sentence for the pair.

A day or two later Keenan appeared on the Morning programme of a local talk back radio station. Of course, he has since refused to debate the issue with Dr Aly because “debating a Labor candidate was beneath him”. Frankly, in my view this is the hallmark of a coward. One of the questions asked of him was whether a comparison could be drawn between what he described as Dr Aly’s “pretty poor judgement quite frankly” and Malcolm Turnbull inviting an Imam who had spoken out against homosexuality and its status in Islam, to an Iftar dinner. Unsurprisingly, Keenan saw a significant difference in that display of “pretty poor judgement”. But this was his leader’s own comments after it was pointed out to him that the Imam had made what were essentially homophobic comments.

“Mr Turnbull said his department would not have invited Sheik Shady Al-Suleiman to an Iftar dinner at Kirribilli House to mark Ramadan last night if he was aware of the offensive comments he made about homosexuals.

“I do regret his invitation. He was invited in an official capacity as president of the Imam Council and the guest list was assembled by my department,” he told 3AW.

“If I had been aware he had made those remarks about homosexuals and gay people, he would not have been invited.”

That sounds to me very much like an admission of a poor judgement call by the Prime Minister.

What worries people like me and a host of others of you that advocate for people in these circumstances is that we do this sort of thing on a regular basis. If you look at the list of friends on my Facebook timeline there is at least one person who has been convicted of terrorism related offences. Does that make me a sympathiser or anti-Australian? No it does not.

However, when a Minister of the Crown takes a cheap shot at you it emboldens the neo-Nazis. Proof of this is contained in the latest post from United Patriots Front. It reads as follows above a picture of Anne Aly:

“No, it’s not a pre-election smear campaign, this woman is an apologist for terrorists and an extremist sympathiser. She wrote a letter of support to a judge for a convicted extremist to get him off jail time”.

So let us have a look at the “offending” letter that Dr Aly wrote. Here it is in its entirety:

“Presiding Judge of the District Court at the Downing Centre

I am an Associate Professor at Curtin University specialising in research on radicalisation, violent extremism and counter terrorism. I am also the Founding Chair of People against Violent Extremism (PaVE) a non-government organisation that works with young people to address issues of violent extremism in Australia and the region. PaVE currently receives funding from the Federal Government for a youth mentoring program and a national MYhack program. In the past, it has received funding from the Australian government for a social media program and from the United States Department of State for a national Hackathon held in conjunction with the Regional CVE Summit in Sydney in June 2015.

I met with Mohammed Junaid Thorne and Mostafa Shiddiqzman on Friday 31 July 2015 at the premises of xxxxxx and in the presence of their Legal Representative, xxxxxx. The purpose of this meeting was to discuss potential sources of support for both clients to assist their re-integration. I am aware of the charges brought against both Mr Thorne and Mr Shiddiqzman.

During the meeting I advised both clients that they should pursue re-entry into higher education and offered assistance to help them re-enrol in University courses in Sydney and/or Perth. I also advised the clients that they should access mentoring and counselling services and offered to provide these support services to them in Perth. I advised Mr Shiddiqzman that it would be in his best interests to seek an avenue to return to Perth where he would be able to access support services, family support and re-attachments to socialising agents. I am aware that Mr Thorne has a young family in Sydney and that a return to Perth may not be feasible in his circumstances, but encouraged him to develop his family attachments with his mother and siblings in Perth.

Pursuant to this, I have discussed a mentoring and counselling program with Perth based Sheikh Yahya Ibrahim who is known to both clients. Sheikh Yahya has offered his support for a collaborative mentoring program for Mr Shiddiqzman where he would provide pastoral care and guidance. I have also discussed the possibility of Mr Thorne making regular monthly visits to Perth to meet with me as part of a mentoring program designed to facilitate his re-integration and assist him in pursuing his studies and developing positive attachments.

Should Mr Shiddiqzman return to Perth, which I believe is the best option for a positive outcome, I have agreed to provide co-ordination and support through PaVE to help him become a productive and law abiding member of society. I would do this by:

The letter is no different to some of the letters of support that I have written and indeed have been written by a number of people who would read this article. It offers some solutions to the issues that Junaid Thorne and his partner are dealing with. It offers counselling and it offers an option to engage with one of Perth’s most prominent and capable Imam’s.

I have refused in the past to declare my support for one or other candidate in a public arena. This allows me to remain impartial in my writings. However, on this occasion I have to declare that in this instance Justice Minister Keenan has clearly overstepped the mark and is engaging in actions that are tantamount to bullying. I have no qualms in calling his behaviour out and would suggest that an unreserved, unfettered apology is in order. And it would be very appropriate for the Prime Minister to intervene to request that from Mr Keenan.

This case also highlights the issue that most advocates deal with regularly. We tread a very fine line in engaging with people who are known criminals. In years gone past I spent quite a bit of time visiting Jack Roche (also a convicted terrorist) in Hakea prison. I then advocated for him to be provided Halal food in prison. Would this lead to Minister Keenan deeming me a person who has undertaken “pretty poor judgement”? It would appear so. But does the prisoner lose their “human” rights when they offend and are convicted? I would have thought not.