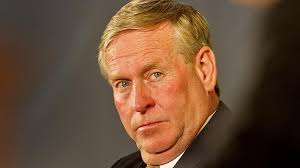 Last week, Western Australia’s Premier stated that an ‘audit’ on the ‘viability’ of remote communities – homelands – has commenced. In The Australian he thrashed out the outrageously unsubstantiated statement, “that people will be shocked by the emerging evidence of appalling mistreatment of children.” Premier Colin Barnett was criticised for propagandising the Government agenda on the intended closing of many of these homelands.

His suggestion smacks of the propaganda and scaremongering that was used to justify the Northern Territory ‘Intervention’. Generic ‘allegations’ of widespread sexual abuses and paedophile rings were unfounded but they were published and broadcast by mainstream media.

Instead of putting the cart before the horse, outraged Elders and advocates are saying that Premier Barnett should immediately table the allegations, have them independently analysed and validated. This is not about whether communities should be closed but about propriety. If Premier Barnett’s statements cannot be substantiated he would then have been responsible in prejudicing the majority of the Western Australian population towards First Peoples in remote communities. If Premier Barnett’s statements cannot be substantiated it is fair to state he will have been guilty of racially toxic statements.

If his comments are unfounded he needs to be called upon to publicly apologise and extensively so to the First Peoples of these communities and to the whole of the nation.

18 months ago I wrote that up to 180 of Western Australia’s remote communities – homelands – faced the prospect of being closed down by the State Government. This was before the kerfuffle over the ‘municipal bill’. It was asserted that my claims were unfounded. In the second half of last year Premier Barnett stated that a squabble with the Federal Government over whether the State or the Commonwealth should cover the pittance municipal costs for Aboriginal communities would lead to the shutting down of up to 150 the communities.

On November 7 last year, The Australian on its front page published some of my research on the extent of the suicide crisis in the Kimberley. On November 9, Premier Barnett misused my statistical narrative to argue that small communities were vulnerable to social ills and were effectively where the suicides were occurring. But I corrected him. The majority of suicides are in the major regional towns and cities, not in the small communities. In fact, it is my assertion that the smaller a community the less likely a suicide. Therefore when it comes to the Premier’s latest assertion of ‘widespread maltreatment of children’ well I say, ‘prove it’.

Premier Barnett said, “I won’t walk away from this issue. I will probably get criticised, but there will be evidence coming about appalling mistreatment of little kids.”

“That’s going to be the reality. I cannot sit by as the Premier and see kids not being educated, having poor health, being abused (and) high rates of domestic violence.”

“It will come out because we are going to be going through all those communities very carefully and seeing exactly what’s going on. People aren’t going to like that. They’re going to be shocked by it.”

“We see a pattern from the Premier of making broad, unfounded statements about Aboriginal people.”

Opposition Treasurer and Aboriginal Affairs portfolio holder, Yamatji Ben Wyatt told the ABC’s Stephanie Dalzell, “Four months ago it was a budget problem (over the $90 million municipal bill) and now suddenly (the Premier) is worried about ‘child abuse’ in remote communities.”

“I have watched him for seven years as Premier give seven different Premier’s statements at the beginning of every Parliamentary year. Not once has he mentioned concern about the children of remote Aboriginal communities until this year,” said Mr Wyatt.

But Premier Barnett is selling a suite of arguments. So far, he has pulled out of the hat, suicides as an issue – and has been proven wrong. He has said the State cannot afford the municipal bill of $90 million per annum for the 282 remote communities. $90 million is pittance. Are they going to build thousands of new houses in the new towns for the dispossessed and displaced? In six years, the Government has built only 700 public houses on average per year for the whole of the State while there are 48,000 people on the public housing waiting list, with 3,000 on the priority waiting list. For First Peoples the average over that period drops to less than 100 public houses, the majority third-rate dwellings. He is suggesting that the communities are rife with child abuses – where is the proof? He is also saying that the majority of communities can never become economically viable.

“That cannot happen in remote tiny communities. It cannot,” stated the Premier.

In South Australia’s north, up to 100 communities in Anangu Pitjantjatjara Yankunytjatjara (APY) lands have also been slated by the South Australian Government for shutdown following their tiff with the Federal Government over a paltry $10 million annual municipal bill.

APY’s John Singer said, “Our communities are viable and can be economically strengthened but we are not receiving the equivalent support from Governments that non-Aboriginal communities receive.”

South Australia’s Chair of the Narrungga Peoples, Tauto Sansbury said, “It’s a land grab, pure and simple. It’s coming from all quarters around the nation, with land rights diminished, with native title made a mockery, with Indigenous land use agreements reduced in value, with the monetization of our lands so they can be sold from under us. Who will the shutting down of communities benefit?”

“Not the people living there. It will rip families to shreds, tear their souls apart and their connection to Country. It will lead to homelessness and despair. But those who will benefit are the miners and developers who can build their mines. They want the physical connection to Country out of the way.”

Mr Sansbury said Premier Barnett’s sweeping comments of child abuse and maltreatment “were disgraceful and in making them and putting them in people’s minds as if fact, has turned upside down every premise of this nation’s rule of law”.

“Our people have suffered enough with this type of wholesale violent language and we should not be easy picking for slurs. No people should be.”