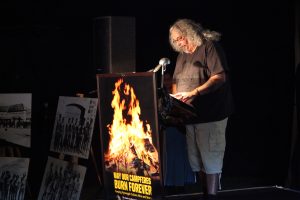 Led by the Dumbartung Aboriginal Corporation which works with many grieving families of suicide victims a Suicide Crisis Summit was held on May 21. More than 300 attended in what was both a highly emotive experience and a direct call to Governments to reduce the Aboriginal youth suicide rates in Australia.

Dumbartung CEO Robert Eggington and his grief counsellor wife Selina Eggington called for the Summit and ensured that it was well attended by Government officials.

“According to the Australian Bureau of Statistics (ABS), suicides accounted for 4.2 per cent of all registered deaths of people identified as Aboriginal and Torres Strait Islanders in 2010, compared with 1.6 per cent for the general population of Australia,” said Mr Eggington.

“Our children are dying as young as eleven years old, from suicide.”

“This experience has caused a massive rupture of our community’s spiritual heart and it is creating a traumatic burden of pain and suffering for many of our families and people.”

The rise in Aboriginal and Aboriginal youth suicide rates are all the more startling when compared with rates two, three and four decades ago. Aboriginal peoples were not killing themselves in the numbers that they are today – and this indicts Government neglects and an increasing condition of hopelessness and dejection.

The three hour Crisis Summit finished up with a list of recommendations and outcomes which were presented to the Commissioner for Mental Health, Eddie Bartnik and to Premier Colin Barnett. 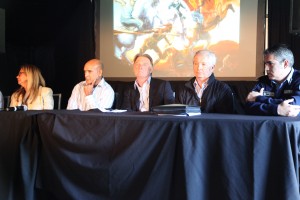 “We were encouraged by the attendance, over 300 people attended enabling the Nyoongah community to vent and express what is so often the oppressed and silenced voice of our grassroots families and people,” said Mr Eggington.

“Senior Government officials turned up, the National Congress of the First Peoples sent its representatives. It was good to see Mick Gooda (Social Justice Commissioner, Australian Human Rights Commission) turn up along with many others.”

“We need now a political reaction to the pandemic of suicides that blights our youth.”

Following the meeting we had a forty minute meeting with Premier Barnett. He met with us, twelve Nyoongah representatives which also included my brother Dennis (CEO of the Aboriginal Legal Services WA), Rex Bellotti and Dean Collard.”

They stated to the Premier that it is abhorrent that an industrialised country such as Australia, the world’s 12 largest economy, has according to the United Nations State of Indigenous Peoples report the world’s highest Aboriginal suicide rates.

“In a number of towns and Aboriginal communities in Western Australia the suicide rates amongst Aboriginal populations has reached 100 times the national average.”

“Despite all the support programs and initiatives since the Sue Gordon Report the suicide epidemic among our peoples continues to surge,” said Mr Eggington. 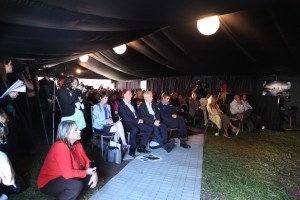 Dumbartung has called for a triennial funding agreement for them to continue and increase awareness of suicide prevention programs and initiatives they have developed during the last three decades.

“The programs need to be coordinated State-wide,” said Mr Eggington.

Mr Eggington called for the development and funding of special Aboriginal taskforces to work alongside the Coroner’s Office, the Health Department and directly with the State Government.

“This suicide crisis is one that both the Government and our community need to work very closely together to deter the ever increasing pain and suffering that is being experienced by many of our families and communities.”