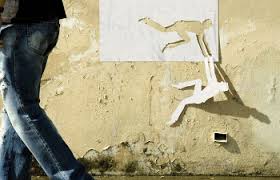 Suicide prevention should not be focused alone on reducing risk factors but just as focused, if not more so, on increasing protective factors. The most powerful protective factors include building a connectedness with other people – they do not need to be about direct and targeted support. This connectedness with other people should include the types of engagements that allow the individual to directly and indirectly draw information about wellbeing, about navigating ones journey through society, and therefore predominately focus on self-worth, identity and conflict management.

Most importantly, healthy relationships will contextualise a meaningful life, an honest life, and this in itself is a relief from the conflict and discord that arise from unhealthy levels of expectations. Personal relationships are important, where the support person can understand that they are about support and not about any particular targeted responsibility to the individual. More research needs to be disaggregated on suicidal behaviour and mental disorders, but it appears the majority of suicidal behaviour is not linked to mental disorders and rather to a sense of deep unhappiness. Therefore families and communities can contribute significantly to the improving of the life understandings of a troubled person.

The risk of suicidal behaviour increases when individuals suffer various discord – such as relationship conflict or from a sense of loss or from a sense of failure. People need people. Isolation is dangerous. The best support comes from ones closest social circle. Protective factors, support comes from the development of ones context of meanings but these too are contributed to by ones social circle. Where whole of communities are at heightened risk of community distress, the greatest success found in reducing the levels of communal distress is when the social circle that is the community comes together to support one another – therefore inherently highlighting the context of their meanings. Inherently rather than troubled individuals isolated and effectively judged, they are understood and supported. This type of coming together by families, friends and/or communities to a troubled and isolated individual is about wellbeing. There may have been childhood trauma, interrupted childhood development – a series of emotional instabilities and turmoils that have affected personality traits which have given rise to unhappiness and suicidal risk factors. But good self-esteem and protective wellbeing factors will come from people coming together with the troubled individual at whatever point in time. These developmental interruptions, life stresses and unhappiness are not mental disorders that require specialist health practitioner support. Rather this is all about people coming together to secure healthy and positive relationship building, to patiently assist one with their self-esteem, to contextualise the path to positive self-identity and the pathway to positive outlooks. Attitude is imperative but it is something shaped by the individual and by those around the individual. People do listen; they listen to the negative and to the positive. Positive adaptive outcomes must be patiently but relentless educated and shaped, and the familial and community support self-evident and generous. Once positive attitudes and positive coping understandings settle in as personality traits, the formerly troubled individual is effectively ‘safe’.

There needs to be in society greater onus on shared understandings of contextual meanings of what it takes to shape positive coping strategies in overcoming childhood adversity – abuse, maltreatment, of exposure to domestic violence, of parent mental disorder. There should be less focus and judgment on the fact of any difficult past, it should not be the focal point but if you read newspapers it is the focus. This bent for the past is damaging because it is a trapping. The discourse needs to be focused on the ways forward and in not holding oneself hostage to any past, or in holding any person or any set of events as responsible for any ongoing damage. Positive meanings and positive attitudes will lead to an understanding and forgiveness of the past and that the present and future can be shaped.

Destructive and self-destructive behaviours should be understood as situational and that individual, familial and community attitudes determine the length of these behaviours. Governments investing their attention in helping resource communities for instance to support others is imperative.

Unhappiness is something that can be addressed holistically rather than it being compartmentalised as some sort of mental disorder manifestation and as of a runaway train risk factor to mental disorders. Unhappiness is a manifestation. The prevalence of suicide and suicidal behaviour is higher in high and middle income nations as opposed in low income nations. Similarly, rates of reported depressions and of hospitalisations from self-harm are higher in high and middle income nations. Life stresses that lead to suicidal behaviour in some cultures do not lead to suicidal behaviour in other cultures. Therefore the context of our meanings and our support groups are pivotal.

The outlier in the above are discriminated minorities and peoples. In nations, especially high and middle income nations, with relatively recent colonial oppressor histories, the descendants of First Peoples have been degenerated to discriminated minorities. Unless the descendants of First Peoples accept homogeneity and hard edged assimilation they consequently experience a deep sense of discrimination. This goes to the heart of identity, to self-worth and esteem and their historical and contemporary identities become a liability. These disaggregated groups have the world’s highest rates of depressions, unhappiness, self-harms, suicidal behaviour and suicides. It is all about identity, whether for a vulnerable child, young adult, cultural group – the answers lay in respecting one another, being there for the other, empowering each other through meanings, relationships, freedoms and attitudinally.

Suicide prevention is about the positive self and any comprehensive response includes everyone. A comprehensive national response for suicide prevention requires understanding the above. Loose understandings will tighten if we begin to understand that the majority of suicidal behaviours are directly linked to trauma and unhappiness – to situational events. Contexts and understandings can be changed before dangerous reliefs from substance abusing are sought or before serious mental disorders set in.

The point is that suicides, our leading cause of violent deaths, which receive relative little mention in the news, are the most preventable violence. Self-destructive behaviours that can culminate in suicidal behaviours and distress families and communities are in fact a leading cause of familial breakdowns and of community distress. Once again, the point is that this behaviour is the most preventable of the various destructive behaviours that impact families and communities. These need to be prioritised in national conversations, by the media, by our Governments.

There are many ways forward. More to come.