Panic, bipolar and the blind professionals 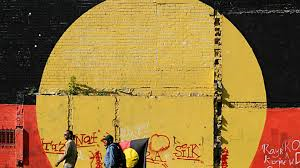 I have just moved up to the Pilbara from Alice Springs. As a veteran locum psychiatrist, I am again meeting, and fortunate to be treating First Nation people. In a recent article in the Stringer, Deconstructing schizophrenia, [1] I drew attention to the over-diagnosis ~ read, mis-diagnosis ~ of schizophrenia in Indigenous populations. I wrote (and I think it bears repeating)

“My own impression is that schizophrenia is over-diagnosed and over-treated at the expense of the diagnosis of stress-induced conditions, and especially the whole range of unipolar and bipolar affective conditions. These include both stress- and non-stress induced forms, substance abuse related forms, and those due to metabolic disease and head injury. The treatment consequences are catastrophic.”

Within a day of starting work in the Pilbara I encountered the reverse, diagnostic situation. But, this time it was not over-diagnosis of psychosis, but under-diagnosis. It was in a young Aboriginal man, who came to my attention with an ‘established,’ clinical diagnosis of panic disorder. He had recently attended an out-back emergency medical service some twenty times, and had been admitted to a medical ward for tests, for a fortnight, before he got to see a mental health professional. To the fore were symptoms of high anxiety. No amount of explanation that his tests were negative, and that his symptoms were therefore without an organic basis reassured him.

A diagnosis of panic disorder was made, except that the panic was an inaugural feature of affective psychosis. It was what the professionals term, a prodromal symptom – in this case, of Bipolar Affective Disorder (manic depression). The consequences of this mis-diagnosis might have been disastrous. The treatment for bipolar affective disorder, in the acute phase, is a combination of an anti-psychotic preparation, and a mood stabiliser. Remarkably, the patient received the antipsychotic. It was prescribed for the anxiety. This indication for anti-psychotic medication has become routine in modern psychiatric practice. It is a default approach, used when minor tranquilisers, such as diazepam (Valium), or alprazolam (Xanax) haven’t worked. Remarkably, in this case, a treatment error produced a treatment success. First, a few background details.

The patient was a highly intelligent young man, a gifted athlete, most likely destined to become a community leader. He had overcome a very troubled youth. There was mental illness in the mother’s side of the family. Father was an alcoholic, and mother left him with her mother to be raised. A cousin with whom he grew up was recently drowned in a boating accident. The first impression was one of grief and trauma. Anxiety was not an unreasonable response. Except that the patient’s mother had been diagnosed with bipolar affective disorder, and treated with lithium therapy.  Most of mother’s relatives had been noted eccentrics, given to overactivity, overspending, and very short fuses. None had been diagnosed with bipolar affective disorder, but their conduct was marginally short of that of the patient’s mother’s.

The patient’s symptoms of hypomania (that is, ‘mania’ short of psychosis) were concealed, and dissimulated.  Mild elevation of thought, speech and action were interpreted as hyper-arousal, reactions of distress to his panic attacks. But they were the early warning signs of an impending attack of mania.

How were these psychiatric symptoms and causal factors missed? Why is it worth knowing? The main reason is that it reflects a wide ranging, diagnostic systems failure affecting both First and Second nation Australians across the country. Bipolar affective disorder is significantly under-diagnosed, and the indigenous population should be made aware of this, in order to prevent erroneous diagnosis with schizophrenia – or in this case, with panic disorder!

What alerted me, then, to the diagnosis of bipolar?!  Firstly, patients with panic disorder simply don’t get admitted to a medical ward and then get transferred to psychiatry. I never saw such a case previously. Much more was going on in him, mentally. Secondly, panic disorder of moderate-to-severe intensity never responds quickly to treatment of any kind – psychological, or pharmacological. The patient’s rapid recovery in response to a combination of relaxation and moderate doses of Quetiapine (Seroquel), and his total lack of concern about the panic retuning speaks to an erroneous diagnosis. Panic patents take several months to recover, and they live in dread of their symptoms returning. They develop a fear of their fear!

Our patient manifested indifference to what had just gone before. Now, his indifference could have been for any number of other reasons: shyness; cultural pattern of response; hysterical belle indifference to her condition etc. In fact it was a symptom of ‘manic flight.’ His bipolar disorder was triggered by a recent loss. His mother is diagnosed with bipolar, and he is now at the entry point. The Seroquel probably will not be sufficient to contain his psychiatric condition, in the longer term. He will require a mood stabiliser ~ lithium, sodium valproate, topiramate or lamotrigine. Meantime, her carers must be vigilant vis-à-vis heis mental state.