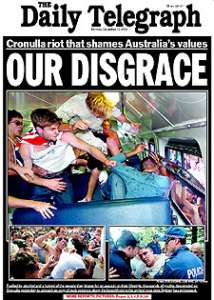 In societies where the people are exposed to relentless oppression, suicide is a normal response – the ultimate form of resistance to the prolonged violence of oppression. It is not the individual who takes her or his life who is responsible for this culmination but the act of relentless oppression that is responsible. The impacts of colonisation wherever in the world have come with dehumanisation, demonisation and repression of peoples, all in the name of justifying dispossession. In the last four years I have written more than 300 articles for the public domain on suicide and to the ways forward. In general, I have translated most of my research into easy consumption for the everyday reader. Engaging everyone on this issue is imperative if we are to drive significant positive changes. However, with this article I will stay closer to a more academic bent on ‘oppression’ as the historical and contemporary villain.

It should be a given that discrimination and racism lead many to suicide and when once this is better understood it should then point us to the right directions. To understand the extensiveness of suicide among Aboriginal and Torres Strait Islander peoples and to understand the ways forward in ‘suicide prevention’ we must begin at the ‘oppression’ and its consequences, that unfairness and discrimination are responsible for the majority of the suicides. If this is not acknowledged then we are somewhere else altogether. Racism and discrimination are the direct result of the ruthless colonisation and they are impossible to separate.

Globally, in general, suicide takes more lives than all other forms of violence combined, including wars and civil strife. The underlying factors include a suite of psychosocial, psychological and psychiatric culminations and breakdowns, where the human will to survive and overwhelm imposts are finally whittled down to least resistance. Ultimately, it can be argued certain conditions, the relentless nature of these conditions, diminish the capacity or ability to resist. One rationalises the recourse to relief from the tumult of painful conditions – suicide.

However, the victims of colonisation and their descendants register the world’s highest suicide rates – from the Guarani peoples of the Amazon, to the Inuit and Lakota of North America, to Aboriginal and/or Torres Strait Islander peoples of the Australian continent, and to the many other descendants of First Peoples of countries with relatively recent colonial oppressor histories. The colonisers ruthlessly exploited the planet – murdering large numbers of the rightful inhabitants of their lands, terrorising them, dispossessing them, brutally exploiting them, corralling them in apartheid, and relentlessly smashing into their historical and contemporary identities, demanding a remake of who they are and what they should be about. Assimilation is not just about social engineering madness driven by assimilatory bents but is more regularly a tool for exploitation. It is used by the oppressor to ensure the oppressed do not simmer and regulate resistance.

Racism is also felt to varying extents by the waves of migrants from non-Anglocentric cultures that arrive to Australia. Multiculturalism, in terms of its cultural prowess and dignities, in terms of its exacting a real say, in terms of plurality, does not exist in Australia – it is a myth and if it is as I argue a myth therefore it is an indictment of the Anglocentric oppressor. Our federal parliaments comprise 226 parliamentarians – 213 are of Anglocentric origins, with the majority with more than 100 years of colonial ‘settler’ familial history. The stranglehold by the colonial oppressor is one of stricture. It is relentless because any respite will undermine the oppressor’s power. The oppressors are tied to their origins-of-thinking, one and two centuries old and this is reflected in their expectations, in policies of assimilation, the viciously punitive controls, and in their inherent bent to exploit. But let us understand what the colonisers were predominately about – to exploit. This bent for exploitation underwrites everyday laws and policies. Therefore the oppressor/oppressed dichotomy entrenched has offered only slivers of respite. The oppressor cannot allow any threat to their power. There has been only negotiated progress in unfolding social justice, equality and equity but limited to the oppressor’s terms; any respite is corralled within assimilation.

The higher the cultural content of a peoples, the greater the will to resist, the more powerful the acts of resistance, the more significant the fight, the anger and the displaced anger. Peoples who have only been relatively recently impacted by the colonisers or their descendants have higher rates of suicide than peoples say ten generations removed from the original impacts of colonisation.

The racism must be addressed – the racialised economic inequalities must be addressed – the right to land, culture and identity in the realest of rightful ways must be responded to if the suicides, the attempted suicides, the acute and chronic depressions are to be reduced at least to parity between the two populations, that of the First Peoples and the rest. Till then the acts of resistance will continue. Right through humanity’s history wherever there has been oppression, wherever there has been discrimination, consequently there is the will to resist, the acts of resistance. The ultimate act of resistance for many oppressed individuals is that though you relentlessly punished my body you will not also take my soul.

Wherever the colonisers went in this world of ours, they sought to exploit. Wherever these exploiters found humankind was in their way they gilded a suite of justifications to underwrite the demonising and the apartheid. We are still parcelled the demonising – the racism – because it is the most powerful justification, the most powerful tool of the exploiter, the oppressor. As long as racism continues then the oppression is evidenced, the oppressor continues. In its crudest forms, racism sells people as uncivilised, heathen, stone-age like, child-like, inferior and incompatibly different.

The suicide rates of Aboriginal and Torres Strait Islanders are there for all the world to see. The suicide rates of non-Anglophile migrants are higher than White Australians. One in four of Australia’s homeless are Aboriginal and Torres Strait Islanders. One in three of Australia’s homeless are of people born overseas.

The colonisers were vicious, ruthless and murderous despite the onus by them to sanitise the annals of history, to fill the libraries of lands they barbarically dispossessed into their custody with barest comment about the rightful inhabitants and with one-sided vainglorious tales of themselves. The oppressor continues with the bent for zombie assimilation. In 2012, Professor Paul Gilroy of Kings College, London University, referred to zombie multiculturalism – where equality and cultural plurality are promoted but not effected, where the exact opposite occurs, a lie is sold while the oppressor denies the social equity to the oppressed and therefore disavows them from the equality that is touted. This may smack of institutionalised racism but it is a different form, however I will leave this for another article. The colonisers murdered, raped and pillaged. They created underclasses of extreme poverty and they were history’s greatest slum builders.

The racism will end when all this is addressed. Till such time the prisons will be filled, the acts of resistance will continue and many of these acts will translate as suicides. It should be understood, that this sense of racism and the culmination of suicide are never directly resultant from the victim but are incurred by the oppression, the relentless oppression, by the oppressor. The oppressed are never the problem. The oppressor is the problem, always. Where suicide rates between the descendants of the dispossessed and the rest of the population are dramatically disparate then in two words it is ‘structural racism’.

When we look through the cultural lens and see that people are committing suicide ten times the rate of the rest of their region’s population then there are racial divides but built on the oppressor and oppressed dichotomy.

Oppression causes suicide and the natural human response is to resist oppression. The normal human response is not to allow oneself to be broken, beaten or dominated by oppression. The significant consideration is that if oppression causes suicide is it then in fact suicide? Or is it murder? Does oppression enlist a genocidal nature? By definition, genocide is the systematic decimation of the cultural content of peoples and not necessarily the slaughter of peoples but throughout the human narrative this systematic decimation has been inherently resisted and intertwined with bloodshed, death. Oppression kills. In my view it is murder and until we focus on the oppressor and urge the ways forward, address the inequalities, end the oppression, then the murders will continue, tragically at the horrific rates that have been naturalised. To demand for people to leave their identities behind, to remake themselves is violence.

Violence comes in many forms. The way we think of others and then act towards them can be violent even if we never actually lay a hand on them. The violence of ignorance will continue these narratives – this is why I write articles such as this, to take on the negative social and political forces of these violently racist narratives. The thousands of emails and phone calls I have received over the years in response to these writings indicates that maybe the revolutionary conversations we so need are beginning.
–          Gerry Georgatos is a suicide prevention researcher, suicide prevention campaigner and human rights advocate with the Institute of Social Justice and Human Rights.

Attawapiskat suicides are the tip of the iceberg

Why a royal commission must happen