Only in Western Australia – the jailing of the poorest, fine defaulters 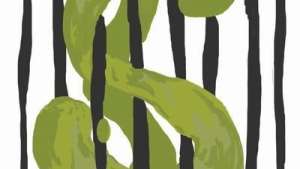 The wealthy can pay off fines, the extremely poor not so easily. Is there a level of classism entrenched? Fines are a significant source of revenue for governments – with hundreds of millions scored from motorists each year. And chasing debt is a bent by institutions. However Western Australia continues as the only jurisdiction in the nation that justifies jailing fine defaulters, as if we are still in Victorian Britain with their Debtors Prisons. Western Australia throws people into prison with the angry and hardened criminals. In 1987 in NSW, 18 year old Jamie Partlic was sentenced to four days jail for being unable to pay fines. He was dumped into Long Bay Prison. He was bashed and instead of spending four days in prison he spent six months in a coma. The NSW Government put an end to jailing fine defaulters. But 27 years later Western Australia continues on as a backwater, arguing that punishment is a deterrent.

It is not a perfect world in the rest of the nation where outside the protection of bankruptcy your life can still be made some sort of hell by governments and institutions chasing down the payment of fines. In the end your driver’s license can be cancelled, your money taken from your bank account or garnished from your wages or you are summoned to court. It’s even worse hell being jailed. Jail is the blow-in solution for Western Australia. The poor and mentally unwell are not criminally minded and should not be railroaded into jail. In general it has been my experience that people come out of prison worse than when they went in. We should be doing everything we can to keep people out of the prison experience.

I am sick of the economic imperative arguments but it costs $350 a day to keep someone in jail. Fine defaulters are jailed on the basis that $250 a day is being wiped off their debt. Governments and institutions lose their prized quid from failing to collect the fines and instead dish out their anger on the poor and troubled with a stint in jail, but as a result run an economic deficit model at effectively minus $600 per day. What genius figured this model? On top of that they expose people who would likely never have committed a serious or violent crime to hardened criminality. Western Australians wonder what’s driving the incarceration and reoffending rates!

According to the Locking in Poverty Report, the number of Aboriginal women jailed for fine default soared by nearly 600 per cent since 2008. The State has hit fine defaulters since 2008. In 2008, 194 adults were sentenced in Western Australia for fine defaults, but in 2009 the number of adults sentenced more than tripled to 666 and then more than doubled to 1,613 in 2010, with 1,358 in 2013. It’s a dangerous gamble to incarcerate people period, with over 60 per cent of the Western Australian prison population reoffenders.

One of the morals to this story is we must not continue to entrench inequality. We must not make criminals of the poor. The system is already geared to punish hardest the poorest and we must do everything we can to redress. Western Australia is the last backwater bastion of locking up fine defaulters. In 1987, Partlic lost his life due to his inability to pay a fine. This stung NSW into a reasonable response. In 2014, Ms Dhu lost her life in a Western Australian police watch house, locked up for fine defaults. Western Australians are waiting for the only logical response.

–          Declaration of impartiality conflict – Gerry Georgatos, a suicide prevention researcher and prison/custodial systems reform advocate, has lobbied the State and Federal Governments for the Custody Notification Service and alternatives to the jailing of people for fine defaulting.