“Only in body bags,” say Jigalong residents. “They do nothing for us,” say Roebourne residents 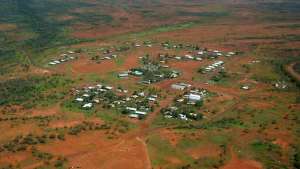 There continues the threat to close down Homelands and their communities by the sleight of hand of audit and consultation, but many say they do not want their communities to be audited for the purpose of whether they should exist or not. The Western Australian Government has also thrown into the wash the promise of major reforms in spending on services to Homeland towns and communities but the people say in reality Governments spend ever so little on ensuring even basic rights.

Government has been stating for quite some time that they will send ‘auditors’ to Homeland communities. Residents of Jigalong said they do not want any audit to determine whether they should exist as a community or not.

One local who did not want to be named said any audit that is about whether they should ‘exist’ or not will not be welcomed.

“The local people will tell them they are not welcomed.”

“One person said that the only way many of us will leave Jigalong will be in body bags.”

“The people are frightened.”

Any audit should be limited only to improving the lot of a community and not to whether that community should be shut down or not.

The language of ‘forcible’ closure is tricky. It invites ‘consultation’ but it is a dirty word, laced with chicanery – handpicked mediators to deliver Government agendas, listening to what they want to listen to and using extracted statements for propaganda. ‘Consultation’ will only invite the possibility of closure of communities. However in demanding that consultation should be limited to what further a community needs and what should be done to improve its lot is the only and long overdue way to go.

Jigalong is right near mining boom towns that have made wealthy so many but with the exception the local First Peoples. Jigalong should be a thriving community but the mining boom cast it aside, did the usual neglect that First Peoples have long come to expect. Jigalong had to beg State Governments, one after another, for clean water. Fifteen years of begging for clean water.

Jigalong is a community of 450 people on an Aboriginal Lands Trust reserve – on the western end of the Little Sandy Desert, one hundred miles from Newman.

One third of the Jigalong population is comprised of children, with 130 children attending the Jigalong Remote School. Four hundred kilometres to the west of Jigalong is the busiest port in Australia – Port Hedland.

Port Hedland ships iron ore and minerals from the Pilbara earth to the world. But despite native title determinations, despite Indigenous Land Use Agreements, despite federally prescribed body corporates to act on behalf of native title claimants, the majority of First Peoples in the Homelands remain poor – from dirt poor to extreme poverty.

The Native Title Act has failed to ensure the quantification of a holistic dividend in the compensatory mechanism to the whole of a region’s people.

Jigalong, now covered under a Nyiyiparli native title claim, is 108 years old, and eventually would be used as a dumping ground for Martu people trucked off their Country. But in 1974, Jigalong was ‘granted’ to the Martu.

Jigalong is also near the ‘rabbit-proof fence’. In the 1930s, young Molly Craig walked more than 1000 miles from the Moore River Native Settlement back to Jigalong. The book, ‘Follow the Rabbit-Proof Fence’, by her daughter, Doris Pilkington Garimara tells Molly’s story. The world premiere of the Phillip Noyce directed Rabbit-Proof Fence was held in Jigalong.

Jigalong residents want to stay and be near their Homelands.

The only negotiations they want are about the right to a full suite of services and infrastructure as enjoyed by non-Aboriginal Australians.

Instead State Premier Colin Barnett said that the answer to what has been Government degradation of communities is to rejig how Government monies are spent.

He reckoned that his latest round of looming reforms would end an era of billions of misspent dollars. However the truth is that billions of dollars annually have not been spent on these communities, but instead have been scrimmaged for by non-Aboriginal bureaucrats, operators and carpetbaggers.

Premier Barnett singled out Roebourne where he reckons that more than 200 services are delivered by 63 providers for only 1,410 people – most of them Yindjibarndi. Even though this is an overstatement, fact is that the monies have been dried up by mostly ineffectual bureaucrats and operational costs. Some of these so-called services are one person operations, bigger on paper than in reality.

“These cost more than $58 million a year but there was little evaluation of how effective these services were,” said Premier Barnett.

The same old hogwash is being sold that in whatever reforms his Government come up with, that they will provide social and economic stability. This will not occur without infrastructure and social health redress equivalent to non-Aboriginal communities – but on this basic right we dream on.

Roebourne’s Yindjibarndi people are poor, with most of the population living in rundown State housing. The town has a basketball court and swimming pool but only two park benches and a roadhouse where there are no tables and chairs so the locals do not spend time there, instead is set up for the drive-through trade. There is a high level of unemployment in Roebourne and many of the residents languish in obvious social ills.

I have met many of Roebourne’s Yindjibarndi and they cry out for opportunity, for equality, for the right to enjoy their high cultural content lives and for the right to navigate these lives through western settings and norms. All around them the mining boom has reaped from their Country but returned ever so little to their people. Thirty-seven kilometres from Roebourne the remote city of Karratha has been grafted into the desert to service the needs of the miners, fly-in fly-out workers, bureaucrats – Karratha has the full suite of services, the whole deal of any Australian city. Eighteen kilometres from Roebourne is the paradise like leisure town of Port Samson, by the sea – it has been grafted into the Pilbara once again for the bureaucrats and officialdom, for the miners. Port Samson is what Vaucluse is to Sydney, Toorak to Melbourne, Peppermint Grove to Perth. The question begs, if Governments can graft these towns into the desert then why have they not done something more for Roebourne, Wickham, Jigalong and so on?

“It is not the Government’s intention to force people off their land or to prevent them having access to Country. But it is essential that Aboriginal children are safe and are going to school,” said Premier Barnett.

He said communities that the audit proves are effectually viable will be assisted and communities “that are ineffectual” well they will finish up dusted. The Government will dish out a ‘reform unit’ which will work with a selection of First Peoples in Regional Strategic Advisory Councils for the Kimberley and Pilbara. They will supposedly liaise between Government agencies and the local communities. So it has been stated.

We have heard and seen it all before.