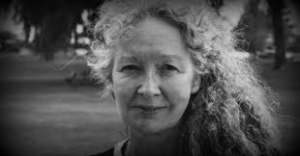 A Missouri judge convicted and sentenced two peace activists for protesting drone warfare at Whiteman Air Force Base. In Missouri’s Jefferson City, on Human Rights Day, December 10, a federal magistrate found Georgia Walker, of  Kansas  City, and Kathy Kelly of Chicago guilty of criminal trespass to a military installation  as a result of their June 1 effort to deliver a loaf of bread and a citizens’ indictment of drone warfare to authorities at the Whiteman Air Force Base.

Judge Matt Whitworth sentenced Ms Kelly to three months in prison and Ms Walker to one year of supervised probation.

In testimony, Ms Kelly, who recently returned from Afghanistan, recounted her conversation with an Afghan mother whose son – a recent police academy graduate – was killed by a drone as he sat with colleagues in a garden.

“I’m educated and humbled by experiences talking with people who’ve been trapped and impoverished by U.S. warfare,” said Ms Kelly. “The U.S. prison system also traps and impoverishes people. In coming months, I’ll surely learn more about who goes to prison and why.”

During sentencing, prosecution attorneys asked that Ms Walker be sentenced to five years of probation and banned from going within 500 feet of any military base.  Judge Whitworth imposed a sentence of one year probation with a condition that Ms Walker refrain from approaching any military base for one year. Ms Walker coordinates an organization that provides re-entry services to newly released prisoners throughout Missouri. Noting that the condition to stay away from military bases will affect her ability to travel in the region, Walker expressed concern that this condition will limit her work among former prisoners.

Ms Kelly’s work as a co-coordinator of Voices for Creative Nonviolence places her alongside people in a working class neighborhood of Kabul.  Ms Kelly said that the day’s proceedings offered a valuable opportunity to shed light on experiences of Afghan families whose grievances are seldom heard. At the conclusion of the sentencing, Ms Kelly said that every branch of the U.S. Government, including the judicial branch, shares responsibility for suffering caused when drones target and kill civilians.

–       The Stringer’s Editors stand in solidarity with the peace activism of Ms Kathy Kelly and Ms Georgia Walker. The Stringer condemns any Court wherever in the world that would sentence anyone to prison for campaigning for peace and for a more humane world.