Once we had nowhere to turn – suicidality, child sexual abuse and family violence – survivors kept their mouths shut; now there’s speaking up but still long way to go 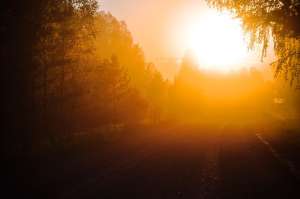 Gerry Georgatos – As a young child, nearly half a century ago, I remember the absorption of sadness by some of Sydney’s Greek community of the suicide by a newly arrived Greek male. There was sadness but more silence than words. Years later I would read some of his letters to the homeland, yearning to return after he made his quid, in a country he believed found it hard to accept him. It was a time where many of us lived the misoxeny which is more hurtful than xenophobia.

There was never any discussion of his unhappiness and sense of isolation, but presumptions signified that he must have been unwell and “weak”.

When I was a child, it was uncommon for anyone to suggest they were suicidal. It was rare for people to turn to others for support, to cry out for help. It was rare for anyone who was a suicide attempt survivor to confide, to tell. It wasn’t just stigma; it was a time where people shared less of their emotional selves. The self was a strictly private space. People enjoyed family and community and provided tangible service, camaraderie, socialising, but there was no understanding of ‘outpourings from the heart’, of ‘coming out’.

Times have changed and will again. And again. Time does not spare.

There are more suicide attempt survivors speaking up than ever before. Discussing suicidality, it is argued reduces suicides, just like talking about family violence and violence, in general reduces its prevalence. Talking about sexual abuse reduces predation.

When I was child, there was no one to turn to about sexual abuse, family violence, suicidality. The police and media were complicit in the silences.
But is it true that discussing suicide will reduce suicide? The statistics tell us otherwise. But statistics are only as good as the data of the day. Academics are only as good as the books of the day. Everything changes. Everything comes to pass.

Would there have been even more suicides had there been no public discussion or are we “normalising” as some claim the “option” of suicide and are therefore responsible for many suicides?

Suicide is the leading cause of unnatural deaths.

But still today despite the telling of ones suicidality, attempt, survival, the relentless coverage of the constancy of increasing and compounding stresses, still the majority often have nowhere to turn. But then again, families are in the loop and many family members listen well. However, there are family members who cannot cope or who inadvertently perpetuate trauma.

With the speaking up more than ever before, with the owning up to perennial sadness, depression, suicidality – we risk the more vulnerable the vulnerable becoming. With the confidence to come out to family, to the world with one’s sadness, depression, suicidality the more expert listening is required so as to adequately validate, to assist and where possible to disable trauma.

Spreading the love is important as validation but supporting people to contextualise, to make sense of their world, of the world altogether, to liberate themselves into engaging the world is the salt-of-the-earth engagement needed. The various anger must be disabled, and the ridding of negatives.

Life is a brief stretch and that must forefront all contexts.

Worries and stresses must be disavowed.

We must not be strangers and opening up is a positive, but we must understand that we are each other. Telling a story, owning up about sadness, depression, suicidality must not be a constant retelling. It must be about a disabling. Silence does have its purpose and needs to be timed in.

Internalising grief is toxic. I have learned that trauma should not be disowned by the victim and hidden from everyone. That’s diminution. It should be dispersed by a telling, not retellings. By coming out, the internalising of grief doesn’t happen or no longer occurs where it had been internalised. The toxic silence is vanquished. The silence we herewith rest with is one of liberation.

But to disable instead of lifelong manage trauma is the way to go where this is possible. Overall, it will take collective collaboration as opposed to the individuated. Trauma has been evidenced that it can also be collectively transmitted and therefore its interruption can be collective. As stated early in the piece we work groupthink and are collectively as good as the texts of the day. Our greatest hope is in the unfolding.

Understanding happiness may finally forefront discourses long after our bones are soaked one with the earth, and be better understood collectively and pursued. We can take some comfort that maybe we are contributing to the ages. In our days we must not tremble. Thinking beyond our own existences there’s a freedom, no limits.

People’s views of one another matter because it goes to how we view our very selves and the conclusions we draw. Explaining to a total stranger the painful may end the pain. The suicide prevention movement has taken various forms this century and will continue to reshape.

One thing we are learning is that we shouldn’t hide. Research can tell us much and it can be as if never ending what can be told to us, but the most important understanding is the reaching out to a point where we are liberated and assisted where there is a calling for such.

The coming out of tens of thousands of survivors, the majority admitting themselves to hospitals, and hundreds of thousands, millions, the world over, may have given some rise to deliberating suicide, to suicidality as a whole, to responding to sadness and misery with suicidality, but collectively there is a cognitive widening, shared understandings unfolding, a yearning for a dawn of meanings and contexts. These are maybe flickering premises in the texts of tomorrow. Lives are lost, and this is the grim reality, but lives are being saved too. The critical mass will subside as we learn to succinctly tell our stories, that there is no stigma but liberation, that we do not need to morosely dwell in our stories, that we do not need to lose ourselves in retelling. We can avoid making our trauma our predominant self. There is a place for silence once the trauma is disabled.

Suicide prevention is a journey. We of today are only as many steps as we can be in that journey. Our duty is to the momentum. In trust we rest.

I remember the suicide affected families and those lost who continue to echo in the hearts of those they have left behind. I remember children lost to suicide, as young as nine. We need to be civil, courteous, kind to one another. We must be as if carrying roses. We have to be there for one another.

We should tell the stories of those lost. Let us be fearless in this, for in the telling of their stories the imperatives of the ways forward will be reinforced.

I have listened to thousands who attempted to take their lives or who threatened to. I listened and where needed we discussed. Where more than listening was needed, where able to I have been there for them. The listening and the being there are what’s needed. The fragile passes.

The need to talk is about liberation. If we can help with something that improves their lot then that’s wonderful, that’s legacy.

As controversial as this will read, contrary to the texts of today, suicide is not complex. There is an array of issues, some acute, however they are understood.

Suicide is a leading cause of death of children and teenagers, of youth. The decade ahead will see child and teen suicides increase. The young must be encouraged to speak, to tell their stories, to be validated.

Despite the increasing suicide tolls, the critical mass of loss, lives are being saved. Where we can reach people struggling with more stresses and more acute stressors than ever known to humankind, more financial pressures than ever before and grapple with as if myriad expectations, more unhappiness than ever before, we can help to improve their thinking, their view of the world. Unhappiness and misery imbibe cognitive and dialectic narrowing, dark corridors.

The young Greek male who ended his life half a century ago, I do not believe he was “weak”. It is my view that he was lonely. He became unwell. He had no one to turn to.