“Not all cultures are equal” 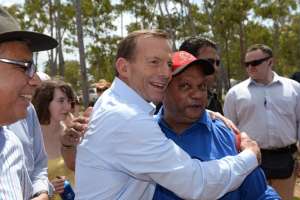 I do not often write about what individuals say or do, I rarely chase down people for their transgressions, instead I spend my time on issues and focus on systemic changes. I am not interested in low stakes assaults on others, not interested in low stakes journalism bent on tripping up people and their worldviews. I abhor hatchet jobs and lampooning. Yes, I am known to have chased the corrupt, those whose corrupt ways impact adversely on the lives of many others, who cheat people of improving their lot, of rising out of abject poverty.

The two years that Tony Abbott misspent as prime minister, I did not write a word about him. I am someone who spends his time trying to change the narratives of those whom I can assist and do not spend my time worrying about incongruous views, no matter how dumb. Getting caught up in that is a vicious cycle, a game that I want no part of – misspent energy that just pits people against people. I am not interested in pitchfork standoffs. I agree with Plato that we need to engage our parliamentarians because otherwise we risk being governed by the ‘dumb’. Mr Abbott was always going to go because he wore his heart on his sleeve. He was there for all too see, someone living in an abominable past, his servitude to the draconian big end of town, his inability to disguise all this – as many of his colleagues on all sides of politics do disguise – was always going to do him in. It did. There was no need for vulture journalism and cheap shot commenting.

He is gone as prime minister.

One comment he made has swirled around in my head.

“Not all cultures are equal,” said Mr Abbott.

Well, Mr Abbott, all people on this earth, under this sun and moon, are indeed equal, no-one is more or less than anyone else. I banked on this reasoning since a kid, since the tumult of racism I experienced day in day out and that was dished out to my parents. I stored hope in that in time societies would unfold to such understanding. We have the Universal Declaration of Human Rights 1948 that reason procured, which is a document of moral understandings. In time maybe we will get there, so I hoped. Whenever I present on whatever issue to any audience I greet everyone equally. In general, I do not pay any particular attention to presumed luminaries, just one greeting from the podium to everyone. I thank them equally for attending. We are equal and anything else is make-believe titles and utterings of no positive consequence. I do not wear any title conferred upon me, never.

If human beings are equal, then cultures are equal. Pure reason delivers this premise, this is a categorical imperative. Mr Abbott languishes in strictures that we hope are on their way out. He languishes in simple axioms with their origin-of-thinking, their justifiability in the two century old colonial invader – axioms and tenets proposed and propagandised by an oppressor. The colonial invader justified their actions with inequalities, with unreasonable dialogue, with incongruous statements of others that led to the immoral and amoral despite claiming at all times that they were ‘moral’ and ‘ethical’. But they were lies and with lies they fall apart and that is what is happening in our generation with the lies of previous generations. Morality and the ethical can only arise from pure reason and not from anywhere else. There are those who claim morality and the ethical are standards, but they are not, they are instead reason. Many societal experiments and their institutions attempt to subsume morality and ethics as part of their prescription; religious and political dogma does this, but in the end they are dogma, not morality and ethics. Morality and ethics are categorical unlike dogma. Our vocabulary has had its well poisoned by the misuse of morality and ethics.

What of Mr Abbott and his heart on the sleeve ‘racism’ – that cultures are not equal, that in his mind terra nullius was the case, that assimilation is the only way forward? He has gone, but what of the rest? What of all those who manage this nation’s fortune, its direction, who are responsible for myriad narratives on the Australian landscape? What of all our parliamentarians who deep down think pretty much as Mr Abbott does? At least Mr Abbott was honest about who he is and in what he believes in? If only this was the case with everyone. We’d then know where we stand and in turn be able to do something. However far too many stay quiet on what they really believe or even worse say one thing and on the sly do otherwise. The racists I grew up, some of them not understanding the extent of their racism, are now in our parliaments. The generation of racists I grew up with are the ones who grew into the generation who delivered the Northern Territory Intervention, who destroyed the hopes that Mabo’s Native Title win offered, who failed to establish the long overdue conversation in this country that we needed on racism and the ways forward and instead we had to soak up the Cronulla Riots, Islamophobia, every imaginable xenophobia, the turning back boats of asylum seekers, and the degeneration of immigration detention centres into dungeons where children, mothers and fathers are cruelly punished because they sought out a better tomorrow.  But according to Mr Abbott, “not all cultures are equal”. In my experience many of our parliamentarians, that far too many people ‘look up to’ also think alike but just don’t say it. I have met many of Australia’s parliamentarians and I have heard first-hand their racism. Racism has been with me since I was little kid, since as a child when I was made to feel that I am not Australian, when my family and their ‘community’ were referred to as “you people”.  I’ve spent my life arguing the ways forward, not to keep people – perpetrators and victims – hostage to racism. My academic work has been dedicated to a better understanding of the ways forward, two Masters and PhD research in racism.

Racism is yet to be discussed in this nation and for far too many they remain in denial.

Tragically when discussion on racism gets a gig it is instead glossed over because ludicrously our governments, media and institutions have the discussions with anyone but the victims of racism. White panellists tell us all about racism. Sadly, they throw the odd non-White, usually someone hounded into assimilation, too terrified to speak freely because there will not be another gig if they do. This does no favours for anyone, not the oppressor and the oppressed. It is an insult that White ‘guilt’ should discuss the ways forward on racism. But that’s the whole deal we have dished out to us with structural and institutional racism, and which has led to the cheapest rendition of a wannabe multiculturalism. If we do not start getting it right soon we are looking to worse times, to uglier racism, to a fracturing of society, to underclasses, to hate at parallels long presumed gone.

I do not have issue with Mr Abbott, he is who he is and I appreciated knowing his real self because then we know where we stand and what to do. I do have issue with those who do not let us know, who do not tell us what they really think, who pretend to be onside but who instead stab us in the back, who lie. But because we can’t get them on the public record with what they’re really about there is little that can be done. But the impacts are felt far and wide, from the urban masses to small communities.

Paul Keating, despite being a deluded neoliberal stooge, did support Native Title and did encourage discussion on racism but it went nowhere thereafter. Native Title was watered somewhat by Keating and then butchered by John Howard and today we have a Native Title Act that is so weak and has degenerated to a debacle of utter exploitation, a buy-in for the carpetbaggers, and has not just divided but fractured and sold out those it was intended to compensate. Keating’s greatest mess was the disaster of the Quarantine Bill that his colleague Gerry Hand crafted. A sloppy piece of legislation intended to quickly screen asylum seekers but because it was so poorly written it has degenerated in effect to a Bill that allows the indefinite detention of asylum seekers. That nothing has been done about this Bill is racism.

Today we have anti-terrorism acts but these acts serve only to terrify Australians, to turn people against people. When you do not believe that all cultures are equal then it is simple to get the Kafkaesque across the line, to legitimise it.

–          The writer of this article, Gerry Georgatos, is a prolific writer on racism, anti-racism and with PhD research in unveiling racism and in understanding the ways forward and Masters in Philosophy, Social Justice Advocacy and Human Rights Education. He is a thirty year plus refugee rights advocate and with longstanding work in Aboriginal and Torres Strait Islander communities.