Noongar language to be preserved Wikipedia-style 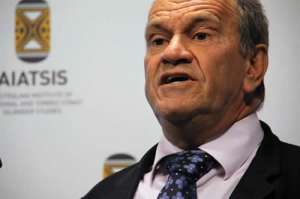 The Noongar people number more than 40,000 but with less than 250 fluent speakers of Noongar the language is considered endangered. But an online project to record the language in its entirety may well save the language.

University of Western Australia School of Indigenous Studies stalwart, Professor Len Collard is heading a project to record the language online. Professor Collard has dedicated decades to Noongar and Aboriginal and Torres Strait Islander history. In recent times he has been responsible for restoring Noongar place names to many natural icons and regions of south west Western Australia.

The Noongar people represent the many clans of the south west of WA which stretches from Albany and Margaret River on the southern most tips of WA and to Lancelin in the north, and which includes Perth.

“We have to do what we can to preserve the language for those to come long after us. There are not that many fluent speakers of the language and obviously now we have English as a first language,” said Professor Collard.

Professor Collard is leading a team of academics from UWA and Curtin universities to produce an online page in a similar format to Wikipedia where the language can be captured over time in entirety. Like Wikipedia the page can be added to as words and phrases are found – moderation will ensure proofing.

Professor Collard believes there is every chance the language can be reclaimed online however he will consult with the widest circle of cultural scholars. With the language online it will be accessible to everyone at all times and will finish up being used as a means of learning the language let alone as a record of the language.

“In the modern world everybody seems to be online, so what we want to try and do is link the ancient language to the most modern capacity to communicate,” said Professor Collard.

“It’s one of the oldest languages in the world and it’s part of our heritage,” he said.

“And most Western Australians, many without realising speak quite a few words of Noongar, with place names, and words that have finished up in the Australian vernacular.”

Professor Collard said there is a resurgence of interest in Noongar similar to language revivals of old Welsh, Maori and Hebrew dialects. Language revitalisation and reclamation is indeed huge around the world, with linguistic scholars pulling languages back together.

“The world has already seen similar renaissances in the Welsh and Maori languages, which almost disappeared as a result of colonisation. Thanks to small groups of dedicated people, they didn’t.”

“We are looking at doing the same here with the Noongar language and dialects,” said Professor Collard.

Professor Collard sees the revitalisation of the Noongar language as important to all Noongars of the south west, whether they are Koreng, Mineng, Ballordong, Bibelmun peoples, to name a few of the clans, as language psychosocially goes to the heart of historical and contemporary identities. Language is a cultural tool and one of the strongest connections to Country.

When Captain James Cook first arrived to Australia there were more than 400 languages spoken on this continent, with the majority of the continent’s population multilingual. More than 150 of these languages have been completely destroyed by colonisation and only 18 languages remain intact to this day, but scores of languages thought effectively lost are being restored as long as 500 to 2500 words can be found.