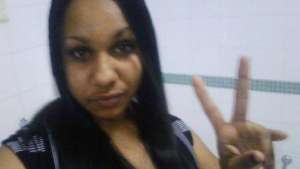 I remember when I first looked into the eyes of a mother who had lost her 22-year-old daughter, her last hours of life spent on the floor of a police cell, what came from me was “there are no words for your loss…” There are no words, not any justice to be scored that will ever lessen the toll on the family of Ms Dhu. But there must be changes. The overdue coronial inquiry is taking place in Perth from Monday and the trauma recovery for the family can only begin thereafter the inquiry.

What justice will come for the family of Ms Dhu? None. However in the name of Ms Dhu there needs to be a legacy of change, that others are not brutally lost as was Ms Dhu. The coronial inquiry will produce CCTV footage of Ms Dhu in the police cell. The coronial inquiry will have no option but to describe profound systemic failures that led to Ms Dhu’s death. Ms Dhu should not have been detained and locked up. Police were called out to an incident which should have seen them assist Ms Dhu, instead they locked her up after doing a background check which found she had defaulted on fines totalling $1000. The detaining and jailing of fine defaulters was done away with in NSW in 1988. Western Australia is nearly three decades behind the times. Western Australia continues to jail people too poor to afford fines – which at worst should be a civil matter and certainly not a criminal matter. Western Australia’s prisons are full of the poor and the mentally unwell and not the criminally minded.

The coronial inquiry will find the health system failed Ms Dhu. In turning up to the South Hedland Health Campus, accompanied by police officers, remembering that stereotypes often prevail, it is possible health personnel made assumptions they should not have made. Ms Dhu should have been admitted for a stay, with the full suite of tests and the follow up of treatment and observation. But this did not occur. The coroner may well have more to state.

It is my firm belief that it is near certain that Ms Dhu would be with her family today had Western Australia in place the Custody Notification Service that NSW and the ACT enjoy. The Custody Notification Service would have provided Ms Dhu a stout advocate to defend Ms Dhu’s legal, health and welfare rights and to interface with the police. Had Western Australia a CNS at the time of Ms Dhu’s detainment, the police would have been obliged by law to contact the CNS immediately.

The systemic failures that led to Ms Dhu’s death were so visible, so pronounced, so glaringly tragic that in the weeks after her inexcusable loss in that damn police cell, I flew to Canberra and met with the Federal Minister for Indigenous Affairs, Nigel Scullion. I argued for his support in rolling out the CNS in Western Australia and in doing something about pushing the Western Australian Government to stop jailing the poor on fine defaulting. Scullion has been standout in his support for the CNS despite being surrounded by parliamentary colleagues who don’t want to get it, who are bent by misunderstandings of economic imperatives as opposed to moral imperatives. The NSW and Federal Liberal Governments have been in an obscene pitchfork standoff of who should fund the CNS. But the CNS which has led to zero police watch-house deaths since its implementation in 1998 costs only a little more than half a million dollars. Coronial inquiries cost more. But I am sick to death of how much it costs to protect human life; we need discussions to be out human worth and the common good and not about some skewed sense of fiscal benefit.

Scullion has urged the Western Australian Government to introduce the CNS and to stop jailing fine defaulters. A couple of months after Scullion met with his State counterparts, the Western Australian Government announced a parliamentary working party to potentially introduce the CNS, find alternatives to low level offending and fine defaulting. But hey, it is now November, seven months later and nothing further has been announced. It is a glacial pace of change with backwater Western Australia. Maybe the coronial inquiry will unleash the cultural wave needed to push along the Government, with the footage of the tragic end to Ms Dhu’s life. Compassionate and reasonably minded people will be abominated. The findings of the coroner will indict systemic failures and surely pronounced discrimination.

In August, the family of Ms Dhu – mother Della Roe, grandmother Carol Roe and uncle Shaun Harris – were availed to some of their loved one’s final hours. They learned that on the last day of life of Ms Dhu had begged the police officers on shift at the watch house to take her to the hospital. Other individuals locked up in nearby cells, one of them her then partner Dion Ruffin, and the other one a 61 year old, have stated Ms Dhu was begging for help but that police may not have believed her, telling her to stop ‘acting’. Ms Dhu fell to the cell floor. Police called out to her to ‘get up’. They then found she was unconscious. Ms Dhu was transported in the rear pod of a police vehicle and that on arrival to the hospital Ms Dhu was “unconscious, pulseless and not breathing.” Her body had been carted by the police from the cell to the police vehicle.

At the coronial inquiry next week the health clinic personnel, the police and others will have to respond to questions that many of us already know the answers to – of the detail of what happened and why. Della Roe has said that her daughter should have been taken seriously as should any individual. Ms Roe said an ambulance should have been called, without delay, at her daughter’s first plea for medical assistance on the day. She said that the police should not have gambled on her health to the point that they took her seriously only after her collapse in the cell. Ms Roe said that they then “chucked her in the back of a paddy wagon.”

“How could they not understand that she was sick?”

On the day of her arrest (August 2, 2014) on the bullshit of fine defaulting Ms Dhu was taken by police in the evening, 9:20pm, to Hedland Health Campus. She had complained of pains in her chest. Ms Dhu was seen by a doctor and subsequently discharged with analgesia and diazepam. But the need of those medications impute that Ms Dhu should have been admitted for at least an overnight hospital stay for observation and follow up treatment if required. But at 9:45pm Ms Dhu was discharged from the hospital. Police returned her to the watch house. The next day, Ms Dhu was brought back to the hospital at 5pm complaining of a sore chest. A few tests later she was once again discharged and returned to the watch house. On August 4, at 12.45pm, Ms Dhu was returned to the hospital, she was unconscious and resuscitation techniques were applied by hospital personnel. After intense efforts to resuscitate Ms Dhu at 1:40pm it was all over.

Later that day I was phoned by distressed family members.

The pressure needs to build up for a comprehensive inquiry into the systemic failures that led to this young woman’s death. Western Australia is indeed the nation’s backwater, where everything for First Nations people is much worse than anywhere else in the nation. One in 13 of the State’s Aboriginal adult males are in prison – from a racialised lens this is the world’s highest jailing rate.

Western Australia has paid little attention to the more than two decades old Royal Commission into Aboriginal Deaths in Custody – I’d say the majority of our parliamentarians have never read the recommendations from the inquiry. This is racism. When you choose to neglect understandings of underlying factors to the disproportionate burdens and statistics on our First Nations sisters and brothers then for goodness sake this is more than just discrimination, it is bloody racism – end of story.

There are no words or justice for the loss of Ms Dhu. If Premier Barnett wants at long last to start doing some of the good he promised more than year ago in responding to deaths in custody and the State’s high incarceration rates, then do not delay even a day in implementing the no-brainer Custody Notification Service, now.