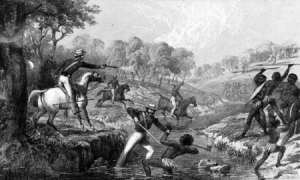 The Western world is in mourning over the sons, daughters, couples, parents and grandparents who never made it home after the tragic Malaysia Airlines disaster. Days on from the horrific crash the official Australian death toll from flight MH17 has been updated to 37 and the total deaths remains at 298.

World headlines have included “Crime against humanity”, “Murderers” and “Killers in the sky”.  All the while Israel intensified its offensive against Gaza and the death toll in that tragic confrontation has now exceeded 500.

And yet the world turns a blind eye to what is transpiring there.

The Israeli military said in a statement on Sunday it has sent more forces to Gaza, where at least 50,000 people have had to flee their homes to escape military assaults by ground, air and sea.

Gaza officials said five Israeli soldiers and two civilians are reported to have been killed as Israeli jets, tanks and artillery continued to pound the Gaza Strip. The Israeli death toll at last count had reached 18.

The non-stop attacks have not only left more than 500 Palestinians dead but of those who have died in this conflict are 100 children.

The Sydney Morning Herald ran a story by Esther Han where she stated that since the year 2000 close to 10,000 people have died in Gaza. Four out of five of those deaths were Palestinian and in the last five years 95 per cent of those killed in the conflict are also Palestinian.

Both the US and Australia have defended Israeli actions and refrained from pressuring Israeli Prime Minister Netanyahu publicly to stop.

It’s as if the world has gone mad. How is it that no matter how tragic the lives lost on flight MH17 they are any more important and valued over the children, women, and men dying in Palestine?

It was only last week when Aboriginal servicemen who fought overseas in Australia were remembered as part of NAIDOC. This opened wounds within our people about our own Frontier Wars and people started to question NAIDOC’s value to Aboriginal people.

Why? Because in remembering one life over another you make a judgment that for some, the ultimate sacrifice means nothing. No matter how long ago, no matter what race – human life should have meaning.

It’s not only a person’s life that is dismissed, it’s their Culture, values and way of life.

Kamilaroi woman Nakkiah Lui wrote in The Guardian: “Why this year’s NAIDOC week will be my last” demonstrating how one Culture was taking away the importance of the event from another.

“I’ve been volunteering at NAIDOC Week since I was eight years old but this year I began to wonder: are we really celebrating a con job? Why is this country so afraid to let us have one day to observe and recognise and mourn our past?” Nakkiah Lui asked in the article.

Why? Because our history, our sacrifice and resistance are not seen to be celebrated but instead are seen as problematic, un-Australian and we need to be managed and assimilated into Australian culture.

And it is for this reason we need to acknowledge our sacrifices, continue our resistance and fight assimilation and this means acknowledging the number of Black deaths that occurred in the Frontier Wars.

If new research is right, Australia should be poised for a new debate about its bloody colonial genesis and the attempted and on-going genocide … yes, genocide of the oldest living Culture in the world.

In the past many historians have consistently used the figure of 20,000 Indigenous Australians and about 2,000 colonial soldiers, police and settlers being killed during the Frontier Wars.

I myself in this paper have been quoted saying this is a conservative estimate, based largely on the academic research of Henry Reynolds, John Connor and others.

That figure – translating to about 10 Indigenous deaths for each European killed – has been hotly contested by conservative historians but new collaborative academic research now suggests the real Frontier War fatality figure could be at least three times more and that a more accurate figure is close to 50 Black deaths to that of every White colonialist.

We will never know for certain. The documentation needed to determine an exact figure has never existed or has been destroyed, be it willfully or accidentally.

What we do know is the stories of our massacres are everywhere in the archives of the major cultural institutions of Australia and Great Britain. The diaries, letters, journals and memoirs of colonial and post-colonial officials, troops, police, farmers, frontiersmen and women are full of accounts of massacres of our mob.

The very handwritten pages of Australia’s White history are etched with our blood.

Such stories are often defined by a chilling, deeply disturbing openness, as the killers remain so detached, denying the humanity of their victims. It’s a detachment to human life ingrained within the very consciousness of Australian identity and that of the West.

This is why the massacre of the Palestinians is allowed to continue. In this very paper we have reported on the atrocities regarding the Bradley Manning case when more than 100 civilians, including a media crew, were massacred by an armed US helicopter. Manning, who leaked footage of this atrocity, is now serving over 100 years imprisonment while the killers who committed this crime have had their names protected.

The death of Mulrunji at the hands of Police Constable Senior Sergeant Chris Hurley where the two investigating officers were chosen by Hurley himself and Hurley is promoted, moved from Palm Island to the Gold Coast and receives what has been estimated as a $100,000 payout is another example.

We know the police lied during the investigation. This is not an emotional argument, it is fact and the police tried to cover up evidence – again fact. Coroner Christine Clements found Mulrunji died as a direct result of injuries suffered at the hands of Hurley – again fact.

The coroner also stated the police did not fulfill their obligation in investigating the case thoroughly and that Mulrunji should never have been arrested to begin with. Years later Hurley is acquitted by an all-White jury, despite the fact Mulrunji suffered four broken ribs, a ruptured spleen and his liver was almost split entirely in two. Injuries the coroner confirmed were as a result of being beaten by Hurley.

All the while Lex Wotton is sentenced to seven years jail for his part in the Palm Island riots, even though footage emerged of Lex Wotton trying to calm the situation down. Lex Wotton was also sanctioned, not allowed to discuss the case to anyone.

None of the above is emotional rhetoric, it is simply fact.

As is another case in the US that this paper reported when Kelly Thomas, a homeless man suffering from Schizophrenia, was beaten to death and repeatedly tasered in the face by six police offices. The whole beating was captured on video footage and we can hear Thomas pleading for mercy and calling out for his father. All six officers were later acquitted.

As I said earlier – it’s as if the world has gone mad.

Our history in this country is built on denial and lies where its real history has long been rejected and discredited. This is why the atrocities cited above are allowed to continue. It’s a denial that we witnessed during this year’s NAIDOC Week and it repeats a very dangerous practice.

When considering the cultural memory of the Frontier Wars it helps to remember that the last widely accepted massacre, at Coniston in the Northern Territory was in 1928. This is considerably closer to the living memory of the communities affected than the invasion of Gallipoli in 1915 and we all know how important that event is to Australian identity.

Two historians, Raymond Evans and Robert Orsted-Jensen, have stated in Queensland alone close to 70,000 Blackfella’s were killed from the 1820s until the early 1900s.

Queensland is the same State where former Premier, Peter Beattie acknowledged as much as $500 million had been stolen from Blackfellas wages. It also has, along with Western Australia, the highest proportion of Deaths in Custody and the largest intake of White South Africans who left their country behind when Nelson Mandela became President. Am I the only one seeing any connection here?

Considering that these are numbers of Blacks killed in Queensland alone, the findings are frightening when you consider the number of Indigenous Australians killed across every Australian State and Territory.

If we are to remember Gallipoli, the truth is Australian deaths in World War One would pale in comparison to the bloodshed we suffered as Aboriginal people in the Frontier Wars.

In presenting their research on the Frontier Wars, acclaimed Queensland historian, Raymond Evans and fellow scholar Robert Orsted-Jensen stated the following: “We are aware we have been incrementally conducting this research during a time when conscientious historians have been pilloried for even suggesting a range of serious massacres once occurred in Australia. We are acutely sensitive to the wider denialist mood in some sectors of Australian society and its mainstream media. And so we proceed with caution and conservative assessment.”

It is this conservative assessment and denialist mood that we allowed into our NAIDOC celebrations this year as years of assimilation polices took their effect.

“Why are non-Indigenous funding requirements imposed on Aboriginal celebrations? This is about self-determination within the Aboriginal community, who should be able to conduct NAIDOC however they like. The possibility of political dissent during NAIDOC Week has been diminished, as reconciliatory celebrations replace recognition and depoliticise our right to protest and mourn,” Nakkiah Lui said in her Guardian article.

People have to be careful in such an environment, as what begins with political difference of opinion can quickly turn nasty and very dangerous. Remember Mulrunji was simply walking his dog and Kelly Thomas, a homeless man, was just looking for somewhere to sleep.

What begins with a party and selfies taken on Facebook when steeped in denial still means denying our past. Once we are complicit in the denial of our past we no longer recognise such crimes against humanity. Once we ignore the crimes they becomes acceptable and once they becomes acceptable, such as with Palestine and the Northern Territory Intervention, the genocide is allowed to continue.

In the countdown to the centenary of Anzac be very careful what it is you are celebrating because an expression of uniquely Australian values means the justifiable deaths of many people considered non-Australian. Remember it was our Prime Minister, Tony Abbott who said: “as far as I’m concerned, Australians are Israelis. We are all Israelis”.

Abbott’s comment states much about the denial and the very real genesis of Australian nationhood which has in truth been built on bloodshed and genocide.
– Dr Woolombi Waters is a Kamilaroi language speaker and writer and is a lecturer at Griffith University. He writes a weekly column for the National Indigenous Times. E-mail: woolombi.waters@nit.com.au