No need for the truth – it’s about race, we are not the ones who need an education 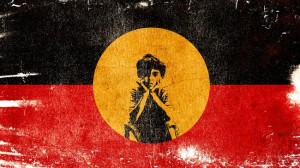 The article I wrote in response to Andrew Bolt’s piece “Our fear of seeming racist hurts Aboriginal children” (Herald Sun, 10 September, 2014) certainly gained some attention attracting a large number of e-mails both for and against. What amazes me is the sense of superiority and lack of understanding that comes from many of those who opposed what I wrote. They seem to feel vindicated when sharing their opinions on Aboriginal issues throughout the country.

These people not only dismiss myself but other Indigenous writers who try so hard to educate people towards the sensitivity and multilayered issues we face.

The attacks on our Aboriginal community amongst the press and on numerous blogs these publications provide is relentless. After all the years we have spent educating non-Indigenous Australians, the hours upon hours of cultural awareness workshops for example they still appear ignorant to the complexities we face and refuse to accept their own responsibilities in sharing our sacred land.

Did our generation really participate in the Sea of Hands, the Reconciliation Marches over the capital city bridges and the Apology or was it all an illusion? Did they not watch Rabbit Proof Fence, or read the evidence which emerged from the Royal Commission into Aboriginal Deaths in Custody or understand the Bringing Them Home report?

The truth is we haven’t witnessed such hostile and public attacks against Aboriginal people since Pauline Hanson had her 15 minutes of fame.

The truth is there is still a dominant belief at all levels of Australia that Aboriginal people remain a Palaeolithic stone age mind unable to understand the far more evolved and sophisticated Western civilisation.

This warped Western-centric mindset is predominant in Australian society and is still being rolled out in public blogs, as demonstrated in the following examples:

“Assimilation is the answer.”

“I suspect that many just can’t, since they are still locked into their primitive stone-age culture and are having difficulty playing 40,000 years of catch-up.”

“Most people want and deserve the best of any modern world. The fact is, there is nothing about traditional Aboriginal culture (forget the serious dysfunction), which was not a way of life for everyone at some point. The West, the modern world has just moved on …”

No, that is simply not true. There were many advancements made in Traditional Aboriginal societies that enabled the creation of the greatest land estate ever seen within any civilisation. The fact some people don’t recognise it doesn’t mean it didn’t happen.

Then there were these replies to Dr Ngiare Brown, the Deputy Chairperson of the Prime Minister’s Indigenous Advisory Council in a recent article she wrote defending our Culture, declaring our Culture was not responsible for child abuse and a call to arms in prevention and for the development of an inter-agency all-of-government approach to deal with the situation.

Here are just some of the responses:

“You have obviously made it Ngiare, and you get all the credit and respect your position demands, however, you can’t expect your people to make any progress while they are chained to cultural values that are incongruous in the modern world.”

No, that is not true either, the Stolen Generation was about forced assimilation and was responsible for much of the trauma our people face today. The ignorance to history and the facts is unpalatable.

What’s happening is people are going into these blogs with preconceived ideas generated within the public arena through mass media publications and debate that confirm poorly informed public commentary and divisive grandstanding.

The intention of all this is to demonise Aboriginal people and Aboriginal Culture in satisfying personal agendas. With any publication it is the intent of the writer/publisher to know and prime their demographic, their readership. This is standard within any publication. The Australian newspaper and our own National Indigenous Times are no different.

Studies are even done to ensure editors/publishers know their audience – just by reading The Australian and then the National Indigenous Times the demographic is clear.

This means that as we are trying to represent the most vulnerable and alienated people in Australia, other publications are catering to and supporting ideas that carry such judgement and persecution of Aboriginal people as demonstrated in the blogs these publications run.

So, yes, within the National Indigenous Times we write in opposition to this rhetoric of ignorance and opinion based on race. We don’t support it. Tens of thousands of years of over five hundred individual nations living in co-existence with one another, respecting each separate nation’s own autonomy … that’s not even spoken of because of the ongoing persecution of contemporary Aboriginal Peoples.

Back to the article that sparked this debate … I have been reading Bolt for years and there is definitely an agenda there. This article in particular stating we are woman-killers and child-molesters and this is due to a cultural practice is particularly damaging.

Bolt states references of the following: “When writer Louis Nowra wrote Bad Dreaming, warning of child rape and murder in Central Australia, he was accused of pushing a line that “fits in perfectly with the kind of historically naive and white supremacist rhetoric of conservatives”.

And when Bess Price, a Northern Territory Aboriginal politician, warned Aboriginal women were being murdered in huge numbers and parts of Aboriginal Culture had to be abandoned she was vilified as a “race traitor”.

There are no statistics or facts to support these statements either by Ms Price or Mr Nowra. This is nothing but opinion and Bess Price is in government, so if this is really happening get the police.

Why don’t they call the police? Because it is an outrageous claim that cannot be substantiated but Bolts readers don’t care – it just feeds their rage, this type of racial vilification would not be allowed in other Western countries but here in Australia we have a publication industry reliant upon it.

The people targetted in these articles relating to child abuse are generally highly disadvantaged, alienated, with very little resources and social capital and are unable to defend themselves.

So why the constant attacks? Because to ask how such circumstances of Third World poverty were allowed to occur in one of the wealthiest countries in the world puts blame  and responsibility back on government. It also makes people question their own privilege when seeing images of Third World conditions in a country they feel so proud of – it’s so much easier to attack the victim.

If these social factors and disadvantage are the cause and effect and not their Aboriginality why are these articles and public blogs constantly targetting Aboriginality? Well, because whether people are able to admit it or not they are taking a position based on race, not circumstance, poverty and disadvantage.

Within the Bolt article mentioned above it states the following: “COULD fear of seeming racist make us shut up about child abuse? Yes and I have a lawyer’s warning to prove it”.

No, it doesn’t! Bolt is wrong. The statement only proves Bolt is making a generalised statement/assumption against a single race of people. It does not prove people are “shutting up” about Aboriginal child abuse at all.

In fact people are not shutting up, it’s the exact opposite. That is why Aboriginal child abuse is one of the most written about and topical subjects in media today – so what Bolt is writing is a fabrication.

Bolt also wrote: “Do not think a Rotherham could not happen here. Something like it has happened already to Aboriginal children … (In Rotherham, in England’s north, 1400 children as young as 11 were raped and trafficked by mainly Pakistani gangs).

This is a deliberate and dishonest linking of unrelated stories. Where is there proof legal or otherwise this trafficking involving 1400 Aboriginal children is happening anywhere across any Aboriginal communities… really?

There is none. There is no such community and Bolt would know the true figures concerning the South Australia Report he is referencing and I quote from The Australian:

“ISOLATED Aboriginal communities in South Australia’s far north are in the grip of a child protection crisis, with more than 100 alleged abuse victims identified in the past year. Eight communities in the Anangu Pitjantjatjara Yankunytjatjara Lands have been part of a child sexualisation investigation into mostly non-consensual sexual activity between teenagers and younger children.

“Sources say more than 120 children have been identified as potential victims of child-on-child abuse in the past year, with authorities struggling to cope with the complexities of reporting and identification of perpetrators.”

Sources say more than 120 children from eight communities (that’s just over 10 per community) were alleged abuse victims. Now that is terrible if true but it is nowhere near the 1400 in one community Bolt is citing as fact.

Also this is an allegation and it is interesting to note The Australian article states “potential victims” and “with authorities struggling to cope with the complexities of reporting” and “identification of perpetrators”.

So not only is the abuse alleged, authorities are unable to identify perpetrators of the abuse and yet we all assume they are guilty and they are Aboriginal and this is really happening.

We live under white Australian law. If this is happening that is the legislative powers that are allowing it to happen. Wasn’t the Northern Territory Intervention created to find perpetrators and protect victims? And didn’t they find that systematic child abuse was not occurring and not one individual was charged? Nobody in this debate appears concerned with the facts.

In consideration of the Catholic Church, the well-documented bastardisation at many private schools and with such famous cases of child abuse as Gary Glitter and Robert Hughes, I would have to say that evidence shows from my own observation child sexual abuse is far more endemic in non-Indigenous culture at an individual and institutional level than within our own Culture.

None of the above involving those white men was alleged. It really happened, the victims are real, the perpetrators are real. It is only that more attention is given to Aboriginal cases which are allegations only with no evidence identifying it is Aboriginal People who are the perpetrators.

I also went on the Fighters Against Child Abuse Australia (F.A.C.A.A) Facebook page where I saw a photo of one Aboriginal monster, his name was Mervyn Kenneth Douglas Bell and his crime of sexual assault and the killing of a young 10-month-old Aboriginal child is an example of unspeakable evil.

I then scrolled down the website to see other known paedophiles and child molesters and there were a lot of white faces and these are not alleged and again their victims are real. Let me tell you there are enough cases on this website alone about white sex criminals that we could write weekly articles for an entire year about the sexual abuse that takes place in these white communities.

You won’t see Bolt write about that. He and those like him just want to depict Aboriginal People as monsters. For them the end game is about dehumanising a race and that is the beginning and the end of the problem our People face.

Dr Woolombi Waters is a Kamilaroi language speaker and writer and is a lecturer at Griffith University. He writes a weekly column for the National Indigenous Times