New fight in the Kimberley to protect Country 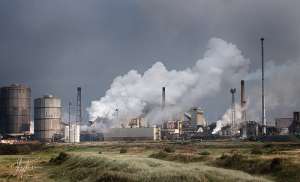 Western Australia’s Kimberley Elders fought off the Woodside joint venture partners from building a liquefied natural gas hub precinct on the Traditional lands of the Goolarabooloo and Jabirr Jabirr. But the Kimberley is being targeted for potential industrialisation by the State Government and by the oil and gas companies it seeks to draw royalties from.

Goolarabooloo Senior Law Boss Phillip Roe gave up his job and for two years fought the State Government and the Woodside venture partners. He set up Walmadan Tent Embassy near James Price Point (Walmadany) in September 2011 from where Goolarabooloo and supporters gathered to stand-off against the gas hub proposal. Mr Roe has not dismantled Walmadan because he believes the threats to Country are not over.

“The Government have their eyes set on our Country whether it’s for ores and minerals or gases. They want to industrialise our Country, and in doing so will destroy our Songlines and some of the world’s most pristine nature,” said Mr Roe.

Gas fracking is occurring in the Kimberley as in many places throughout Australia and is an industry on the rise. The Western Australian Government is working with extractive industry companies to open up the Kimberley to shale gas fracking. Mr Roe and his people are concerned that the groundwater and ecosystems will be damaged.

Gas fracking is environmentally damaging but Governments and extractive mining companies have been pushing the line that it is safe despite all the evidence from the eastern States and from the USA.

Traditional Owners are filing a legal challenge in the WA Supreme Court to halt the gas fracking. They are experienced in these tactics having filed a number of successful legal actions when fighting to prevent the gas hub development.

“Recently, I had an opportunity to visit shale gas fracking areas in the USA and I was horrified at what could be in store for us here in WA. I met sick families who could not move off their land. I saw gas bubbling out of natural groundwater springs that could be set alight. I was told stories of sick and dying livestock. I met regulators who were turning a blind eye and I saw the gas industry’s armed security guards preventing farmer’s access to their own land.”

“After experiencing the shocking impacts of this industry first hand, I have no doubt that gas fracking is one of the most serious environmental challenges facing Western Australia.”

But the State Minister for Mines Bill Marmion claims that fracking is safe and that he has the experts and science behind him.

The Canning Basin shale gas site cuts significantly across the Kimberley and takes in the tourist mecca of Broome.

Goolarabooloo and Yawuru peoples and local residents across the region are concerned. Aboriginal communities have been meeting to discuss the ways forward and how to prevent the expansion of shale gas. At this time Buru Energy are the major extractive miner responsible for shale gas fracking in the Kimberley’s Canning Basin.

There have been more than two million fracks around the world since 1949, with this number set to skyrocket.

Last month Buru Energy announced that they had approvals underway for a fracking program with “five wells ready for fracks”. Buru’s Executive Director Eric Streitberg said the fracking program will be drilled into the Laurel Formation which is a geological formation within the Canning Basin. The recoverable gas from this site is about 47 trillion cubic feet.

Buru Energy last used hydraulic fracturing in the Kimberley in 2010 at Yulleroo Well between Broome and Derby. Two million litres of water was pumped along with 12,000 litres of chemicals and 45 tonnes of particles at high pressure into the rocks three kilometres under the ground.

Yawuru Chairman Patrick Dodson has said that his people are opposed to fracking on Yawuru Country.

“We have made it clear to Buru, the public and the State that we are not in support of fracking until we can be convinced beyond doubt that the consequences of that are safe.”

The State Government just passed the Natural Gas Agreement Bill which formalises an agreement between the Government and Buru Energy to build a pipeline from the Canning Basin to the Pilbara. From there the pipeline will  join up with the Dampier to Bunbury pipeline bringing gas to the South West of the State.

Traditional Owners, Kimberley residents and environmentalists who fought the State Government over the gas hub proposal to protect pristine and Traditional Country are now gathering once again for another possible large-scale fight to protect Country.