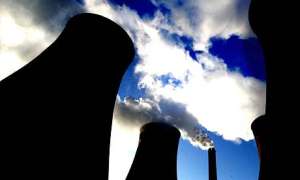 Civil disobedience is the only strategy left to fight the near unwinnable battle to get Governments acting on the urgent need to reverse some of the effects of climate change. Most Governments have done either so little or next-to-nothing that by the end of the century the planet will be at least 2 degrees and up to 6 degrees warmer. The fossil fuel industry is choking northern China’s humanity to death – fossil fuel emissions are impacting dangerously in most countries around the world. There is no substantive en masse cultural wave of protest against the fossil fuel industry other than the usual suspects of conscientious objection at the grass roots. There is no en masse radical movement, indeed the radical movement at large and which has been going for a century are the fossil fuel polluters – and the multinationals that underwrite them – they are the ones who espouse radical extreme behaviours.

The naysayers, many who are affiliated to special interest groups such as the exploiters – merchants of greed – claim that climate change contextually is ongoing and any climate change due to human activity is miniscule. Ice ages will come and go, the tumult of the earth’s magma will do its business oblivious to humankind. But, this is to measure humankind alongside the whole of the existence of the earth and to presume the inconsequence of humankind; this is an unreasonable proposition. Humankind should be measured in terms of its own existential time span on this earth, and hence dwell on its minutiae. In this context, in terms of its own destiny, that which humankind does have a guiding hand over rather than the presumption of subjugation to the billions year old earth, humankind most certainly has radically generated by its various activities the climate.

Hundreds of climate change organisations support the reality. The rise of the earth’s average temperature by just one degree in recent decades has already seen half the arctic ice disappear. If the planet is to warm up by a few more degrees by the end of the century then what does await?

At the 2009 Copenhagen Climate Change Conference there was much hullabaloo, some of it serious, about reigning in carbon emissions in order to try and keep down the temperature rise by the end of the century to two degrees.

We have to look at the figures to get a grip on what we are doing to this earth and therefore to humanity. In order to stay under or at the two degree rise by the end of the century the scientists claim that carbon dioxide emitted into the atmosphere has to be limited to less than 550 gigatons by 2050 in order that there is any real chance of not raising the temperature by more than two degrees end of century.

But, the fossil fuel industry already has nearly 3,000 gigatons of carbon dioxide ready to burn in reserve. They have it in surplus at great financial cost to upkeep for the express purpose of burning – the profit motive will ensure they will burn it unless Governments reign them in.

The reality is that if the 3,000 gigatons of carbon dioxide burn into the atmosphere then we are looking at least up to a six degrees addition to the average temperature by the end of the century.

Melting ice, rising sea levels will wipe out many island cultures, and coastlines the world over will be awash. The climate change refugee numbers will outnumber a number of times over the number of civil strife refugees and displaced peoples that we have today.

It is incredible to contemplate that Governments have not done much about climate change and carbon emissions and that instead in effect they have continued to support the carbon dioxide burning industries. It is an incredible premise to contemplate that our Governments are who have to be challenged by the grassroots, by a hopefully looming large-scale social movement, to do something about climate change. It is our Governments who have the opportunity as the middle persons to be the change agents.

The reality is that because everyone is dragging their feet on doing something about climate change that in terms of the measure of this century that little can now be guaranteed to reverse trends and the looming impacts.

Instead of alternative fuels more and more gas and oil pipelines are being built, tar sands are being extracted, fracking for natural gas and shale gas is being sold as climate-friendly when it is not, groundwater supplies continue to be damaged, and fossil fuel industries just continue relatively unchecked. The atmosphere is a dumping ground for carbon dioxide. Indeed, the shutdown of a couple of industries and the push to regulate production and consumption of goods and services would save the world as we know it in terms of the context that is contemporary humankind – but of course this will not happen.

Unless there is a fast growing en masse social movement the world over what will happen are the narratives of environmental disasters and human tragedies while the citadel of large-scale extractive resource industry multinationals driven by the profit motive build even bigger walls around themselves.

*In Western Australia alone, Ningaloo reef would disappear from the rising sea temperature and sea levels, the WA coastline as we know it today would be awash from the more than one metre average sea level rise, aridity would significantly wipe out much of what fertile rural yields there are today, the South West which endures rainfall reduction and reduced stream flows would be hit by 75 per cent declines by the end of the century.